The highly anticipated return of BBC’s Doctor Who series is here. Doctor Who: The Eleventh Hour premiered its new season April 17th on BBC America at 9 PM EST.

The new Doctor Who season promises to offer quite a bit for new and longtime “Who” fans to get excited about. 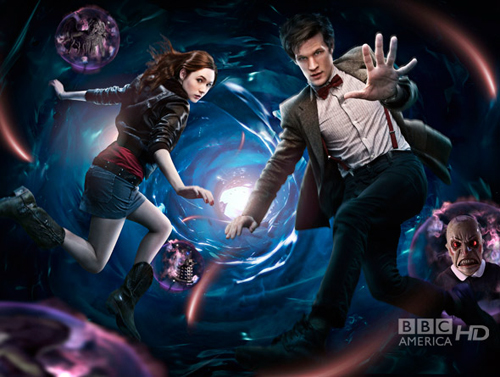 In what is effectively the fifth season of the reactivated Doctor Who, the show manages to feel fresh, and yet completely familiar. Essentially a reboot of everything weâ€™ve seen during the past five years without entirely rebooting everything, the new adventures should be something to watch out for. Matt Smith is a revolution, and Iâ€™m certain his tenure will echo his offer to Amy Pond: â€œAnywhere you want, any time you want. One condition, it has to be amazing!â€ With this new beginning, Doctor Who has gone from being one of my favorite shows on television to my favorite. This is going to be good, and this is going to be a lot of fun.