After so long, and so many tries, I found a deck that got me to Bof1 Mythic. A deck that can win against the top decks and is not exactly like anything in the meta. It’s an offshoot, a rogue creation, but made up of strong choices and optimized for quick Bof1 games. And so, I wanted to share it with you, and explain how to wield this deck, and what kind of busted things you can do.

I call it Genesis Midrange.

Now, how is this different from Temur Ramp? Well, first off, Genesis Midrange is not an Adventure deck like most modern versions of Temur. It’s also not an aggro deck. No, Genesis Midrange has one goal in mind, and it is to ramp into something busted and turn around impossible situations. This deck can easily and routinely jump ahead two turns at a time in mana advantage and cast something big before they can respond to it.

Let me explain my exact card choices. A lot of cards in here synergize or fill specific roles, so I’ll be grouping them by that. 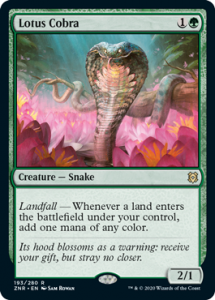 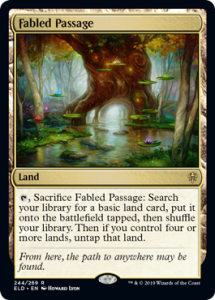 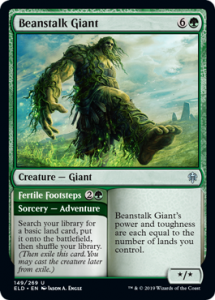 A player who lets the snake live for a single turn will regret it. The ultimate trick is to on turn three get mana off playing Fabled, then cast Fertile and get two available mana, then crack Fabled for a third and cast Cultivate. Then, follow up the next turn with the leftover land, and you can cast either of the seven cost spells in the deck. 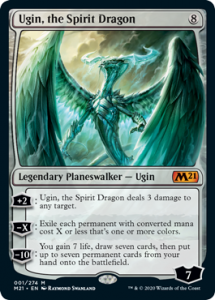 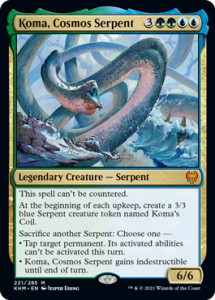 It’s hard to lose after firing off these cards, especially if you can accelerate into them early. Often, I’ve used Ultimatum to find an Ugin or Terror of The Peaks right before I would have lost. Remember that you can trigger Lotus Cobra off lands placed down by the Ultimatum. It is possible to cast Ultimatum twice or even three times in one turn this way. 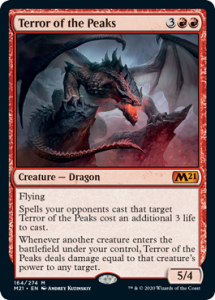 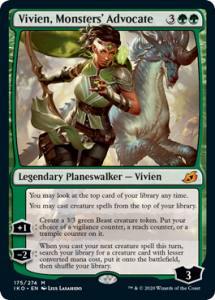 I highly recommend not playing Beanstalk Giant by itself unless you need the blocker. He’s in the deck for ramping, and to make the two other cards into direct damage explosions. With just a Terror, you will shoot off at least 7 damage. And with Vivian, if you -2 her and then cast the Giant, you can find Terror and put it into play for the same trick. Vivian and Terror also work well with just each other. Vivian is a powerhouse for generating blockers and as a “draw engine” from her passive, but she also becomes a lightning bolt a turn with Terror (Kosma can also do the same repeating damage trick). 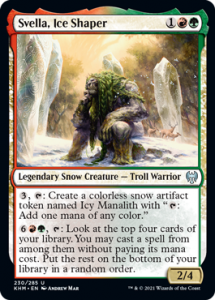 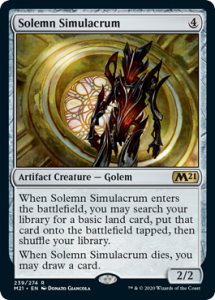 These guys are here mostly to shore up the early game as blockers, offer more avenues of ramp, and increase your odds of having a strong play once you have a lot of mana. Svella has 4 toughness, which makes him a good blocker for red decks, and can make mana rocks. His second ability ensures you can cast something big as soon as you hit 8 mana. Solemn does something similar by drawing you a card on his death and thinning your deck when he comes into play. Solemn and Svella’s rocks also don’t get exiled by Ugin, so you can keep something around even if you must wipe the board. 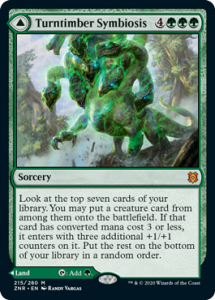 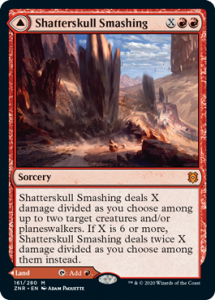 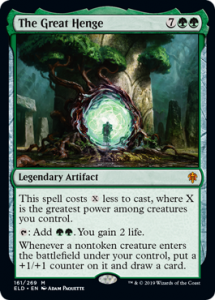 These are interesting additions: they often will not come up in games. They are mostly good top deck options that offer a chance at recovery. Turntimber can find a blocker, and The Great Henge can help you draw yourself out of a bad spot or gain a little life each turn. Shatterskull mostly comes in handy for bigger planeswalkers like Ugin or Ashiok. Don’t be afraid to use the MDFCs as just lands if you need them for early Cobras or didn’t get enough lands in your opening hand. 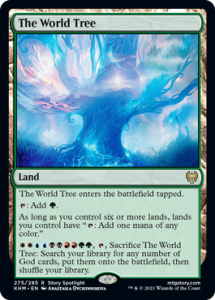 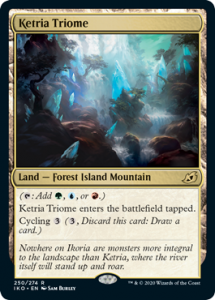 The other lands in the deck are obvious, but I wanted to talk about these two. The World Tree solved a big issue the deck used to have when I was first testing it: not correct mana for Ultimatums. With The World Tree, the odds of casting it on seven are much higher. As to Ketria, I removed it for a while, but it’s just too important to have cycling lands if you flood out late game.

For final thoughts, mulligan advice, and advice for building a sideboard come back on Friday for PART 2!