Halo is one of the most popular shooters in the world, and a great science fiction franchise to boot. It should come as no surprise then that weapons are the star of the show in the Halo universe. Pulling from standard human weaponry to exotic alien armaments, these are my favorite Halo weapons.

Introduced in Halo 2, this three round burst death machine became a fan favorite and preferred human weapon of choice after developer Bungie took out the Magnum pistol featured in the first game. Just zoom in, line up your reticle with an enemy Grunt’s head and BAM, he’s down. The gun feels great to use and packs a wallop, bringing it in at number five.

Ah, the Needler, who can forget your streams of pink death? This weapon is without a doubt the most unique of all weapons in the Halo universe. It is essentially a porpupine with pink spines crafted into a gun. When fired the pink, crystal slivers fly out of the weapon and heat seek targets close to your weapon reticle, doing damage. Shoot enough of these spines into your enemy and they will explode in a pink mist.  You may see the pink death coming, but you can’t hide. Accept your fate – you will explode. 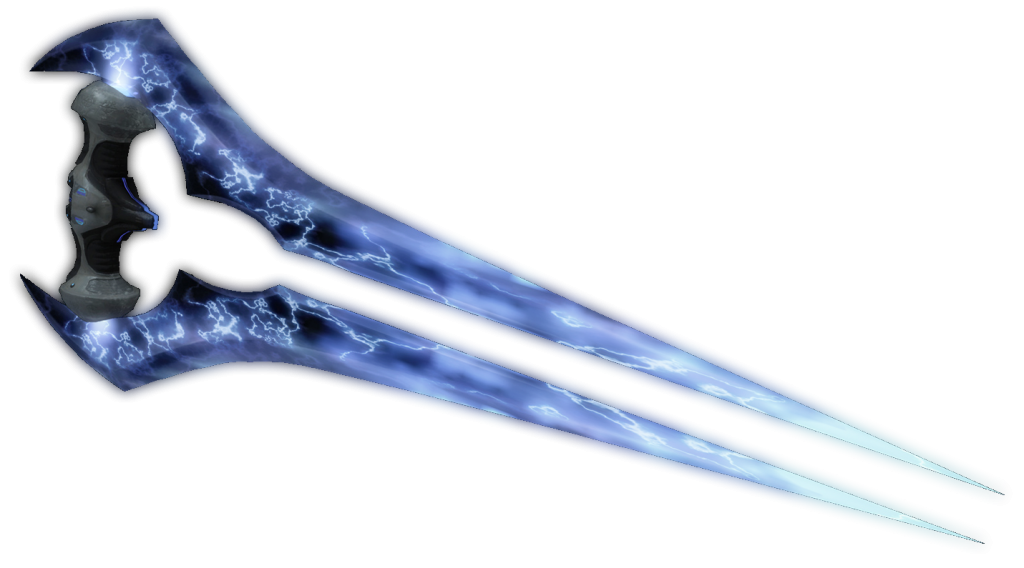 Few enemies in videogames strike real fear into the player. But anybody who played Halo and encountered an invisible elite with one of these futuristic blades appearing right behind them does. Not usable in the first game, it was feared and respected as the most dangerous weapon in the Covenant arsenal. Then players could finally wield one themselves in Halo 2, and Halo would never be the same. Sporting an easily identifiable and iconic two prong blade, you can’t argue with the results of this one hit kill weapon. 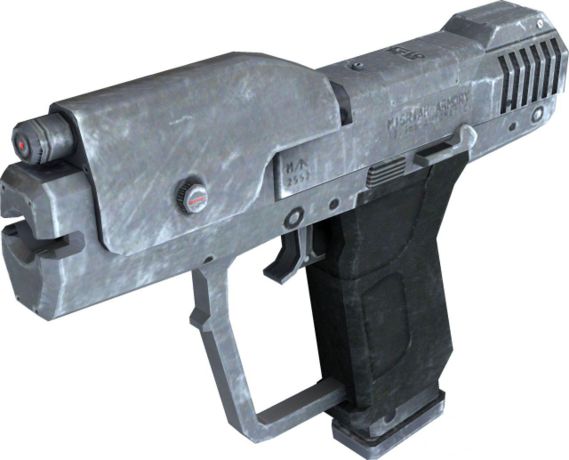 In Halo, there is no equal. The original magnum pistol was THE weapon of choice. When you start with a handheld sniper rifle with deadly accuracy, why do you need other guns? It was so ridiculously powerful that Bungie took it away for two games, only to make a triumphant (if less powerful) return in Halo: Reach.