With the old year gone and the new having arrived, I can finally compile my list of the top five science fiction television shows of 2015 and therefore justify the atrocious amount of TV shows I consumed this year.

This show blew me away. I sort of tuned in by accident and was hooked. The show, which airs on Fox, seemed just okay at first. Matt Dillon plays Secret Service Agent Ethan Burke who has traveled to Wayward Pines, Idaho to find out about his two missing colleagues. Or did he? The twists are inspired and not forced and the mystery is tantalizing without leaving the audience out to dry. It’s we’ll worth binging all ten episodes.

This show does so many things right. It’s a good mix of comic book heroism and the reality of the modern world. Matt Murdock, played by Charlie Cox, is a blind lawyer looking to help those in need in the fiery Hell’s Kitchen of New York City. The characters, both bad and good, are so well done and given more depth than one would expect. The fight scenes are choreographed to perfection. It’s a slow burning and violent season that will keep viewers on the edge of their seat and will be returning next year with The Punisher. Whoa.

I know it’s boring that this show is on most lists every year, but TWD has been so good! The last half of season five was some of the most gut-wrenching television in recent memory. There was the Grady Memorial Hospital, finding Alexandria and our heroes doubting everything around them. They’ve been trying to survive for so long that when it seems they can settle down and live normal lives… It’s impossible. The group will always carry the weight of things they’ve done following the Apocalypse. Season six picked right up and riled viewers up each episode and led them on for weeks. Creators and casting news have also caused a stir about what’s to come for the rest of the season, and it’s a doozy.

The top two were practically tied. For me, Jessica Jones ranks higher than Daredevil because I can’t stop re-watching it to find more little details. I loved seeing a badass heroine onscreen. It was a solid season with an intense mystery and moments of joy and devastation. David Tennant as Kilgrave was everything. The Kilgrave storyline was everything. It was twisted and spooky, but at times you were charmed and confused and it was a show that sucked you in and left you asking questions when the episodes were over. Assuming you watched the episodes at a normal pace and not the entire series back to back in one day like… Some people.

I am surprised to say that The Leftovers was the best television OF ANY GENRE that I watched all year. I enjoyed the first season and thought it was creepy and dark, but I didn’t anxiously await the second season. In fact, I was so consumed by other things that I didn’t even start season two until the finale had aired. I sat down to watch an episode or two on a lazy Sunday and by the time it was dark I had watched it in its entirety.

Season two is beyond brilliant. After a rough year in Mapleton, Kevin Garvey moves his daughter, girlfriend and their mysterious new baby to Miracle, Texas. Miracle is the small town that was completely unaffected by the Departure. Not one person disappeared, so it’s become a sort of safe haven with strict rules and regulations but it makes a perfect backdrop. The additions of Regina King and Kevin Carroll as next door neighbors, the Murphys, were excellent. There is so much that occurs that it would be a crime to outline it here, but I must insist that you watch season two immediately. Seriously, I’ll give you my HBO Go password. 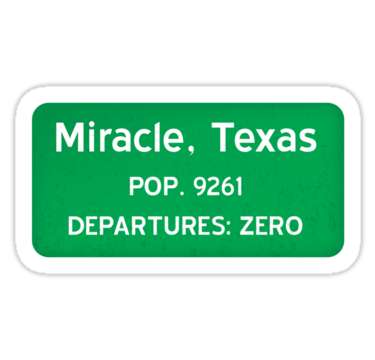 Honorable Mentions: Game of Thrones, Rick and Morty, The Man in the High Castle, 12 Monkeys and any other show that you’re going to get mad at me for not including.

If you enjoyed Carly’s YEEEEEES, you can find the rest of her work right HERE on Sci-Fi Bloggers. You can also follow her on Twitter @MrsCarlyRodgers.