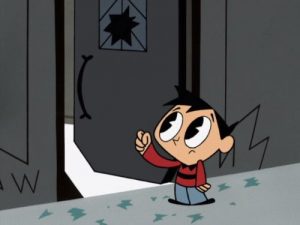 My Life as a Teenage Robot Is Visually Distinct

I can’t tell you how many times I’ve seen the first episode of My Life as a Teenage Robot. At least on three separate occasions, I’ve sat down and watched this stylized show about a robot who wants to be a teenager—and each time I’ve found something new about it that’s interesting.

The show is a bit episodic, at least for the first while, but the random disparate elements make for a unique watch all the same, even with the monster-of-the-week structure. The first thing to notice is the background details: My Life as a Teenage Robot has both a distinct look and sound. Everything has this retro-future angular look, that makes even random cars in the background interesting to examine. XJ9, our robot character, has an absurd amount of “hammerspace” to her design, but that’s only in service of some truly awesome looks—my favorite in the first episode being a full-body magnifying glass laser cannon. And, as I said, the sound is equally fun. XJ9 has a lot of little sounds that her body makes, like when metal plates shift or joints interlock. The background music has a timeless, but still very synthetic sound to it. 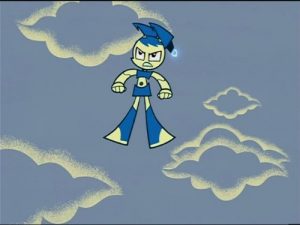 My Life as a Teenage Robot Is Technological Fun

But let’s talk our episodic characters; let’s talk about Jenny (XJ9’s chosen name, since she wants to be a teenager). I didn’t realize how endearing she can be. There’s this adorable childishness to her physical reactions, and at times she’s got a naivety to her that make her extremely likable. She’s yet another example of the Rapunzel character type, and somehow that always seems to result in lovable characters. Admittedly—and this is a plot hole of sorts—if her (in the show) creator didn’t want her to act like a teenager or really act independently at all, then she could’ve made her that way—but then we wouldn’t have a fun show. 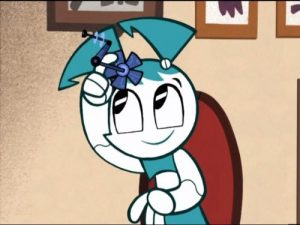 My Life as a Teenage Robot Is Very Entertaining

And that is the idea here: fun. The other characters in the story, or at least the first episode, are basic but have entertaining voices, reactions, and cartoony ways of moving. This show’s animation really is a feast for the eyes and was probably so much fun for the animators. Our two human characters spend their first few minutes in the series being entirely voiceless, and yet they get across their archetypes with sheer exaggerated movement.

Summing it up, I’m pleased to say that this show holds together incredibly well. A disparate blend of tastes that come together to make something that equally people who like anime Mecha shows and people who like cartoonish hijinks can enjoy. There are even adult jokes sprinkled in there as well. If you’re feeling nostalgic for this show, then you’re right to be, and you should get on it as soon as possible. 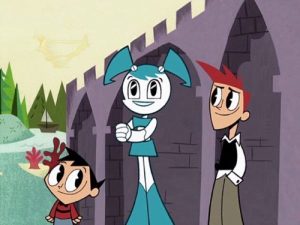