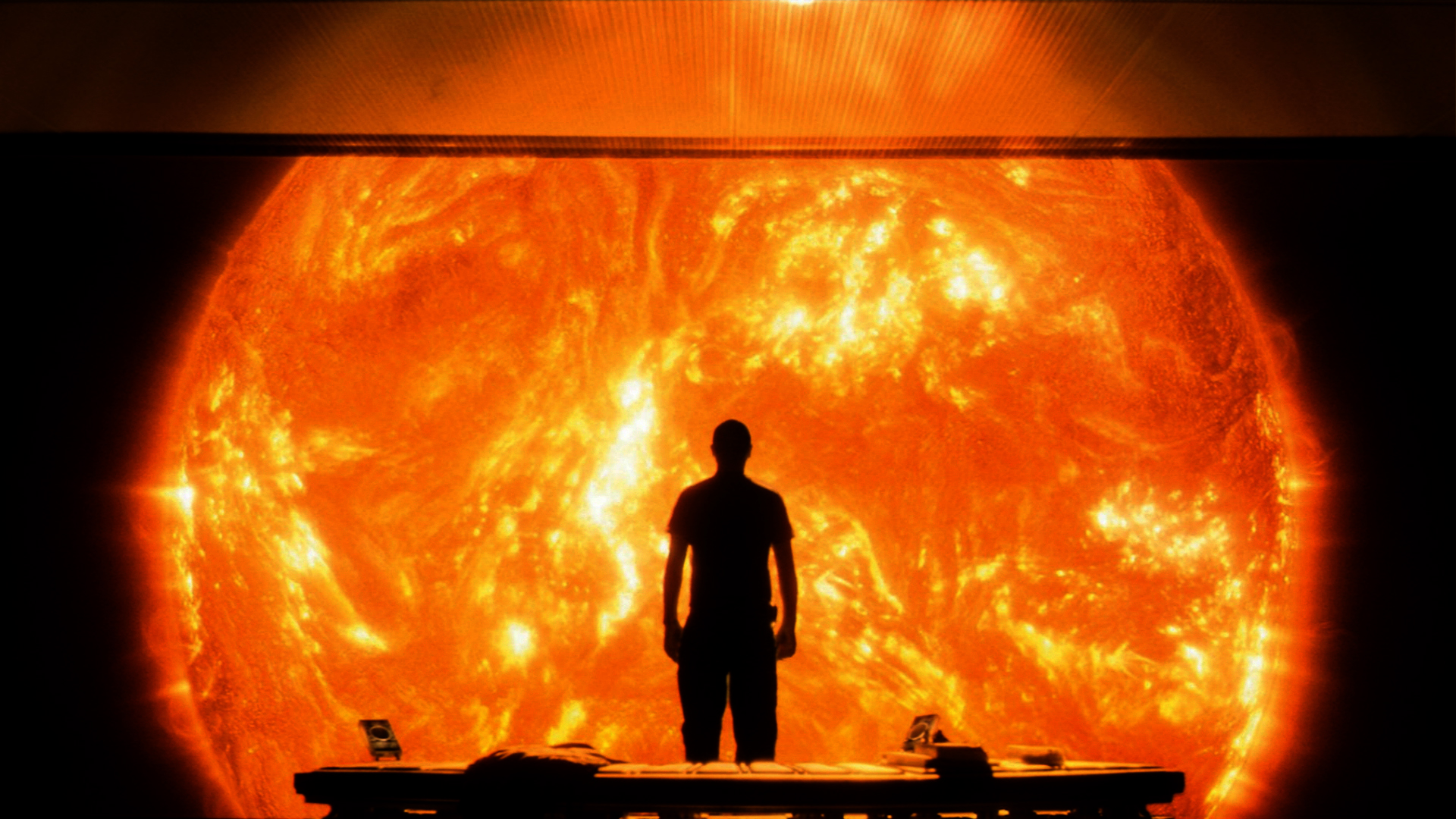 We’ve seen the apocalypse. We’ve seen attacks on Earth’s civilizations by an unknown species, zombies, a third World War that left nations across the globe staggering. Pretty much every form of mass destruction that could befall our little planet has, and yet, here’s another. Starring Cillian Murphy, Chris Evans, Michelle Yeoh, Troy Garity, Hiroyuki Sanada, and Rose Byrne, Benedict Wong, and Cliff Curtis, Sunshine (2007) is a film that brings humanity to the brink of an final end.

As a self-proclaimed and certified Newbie, it is my goal to throw myself head first into all things sci-fi, specifically peering into some of the most critically acclaimed science fiction based TV shows, movies, and literature! I check them out in pure tabula rasa fashion, with typically nada knowledge about the premise and letting the work speak for itself. Afterwards, I will give you the most honest of honest opinions and retreat to my phantom castle on the other side of the internet. 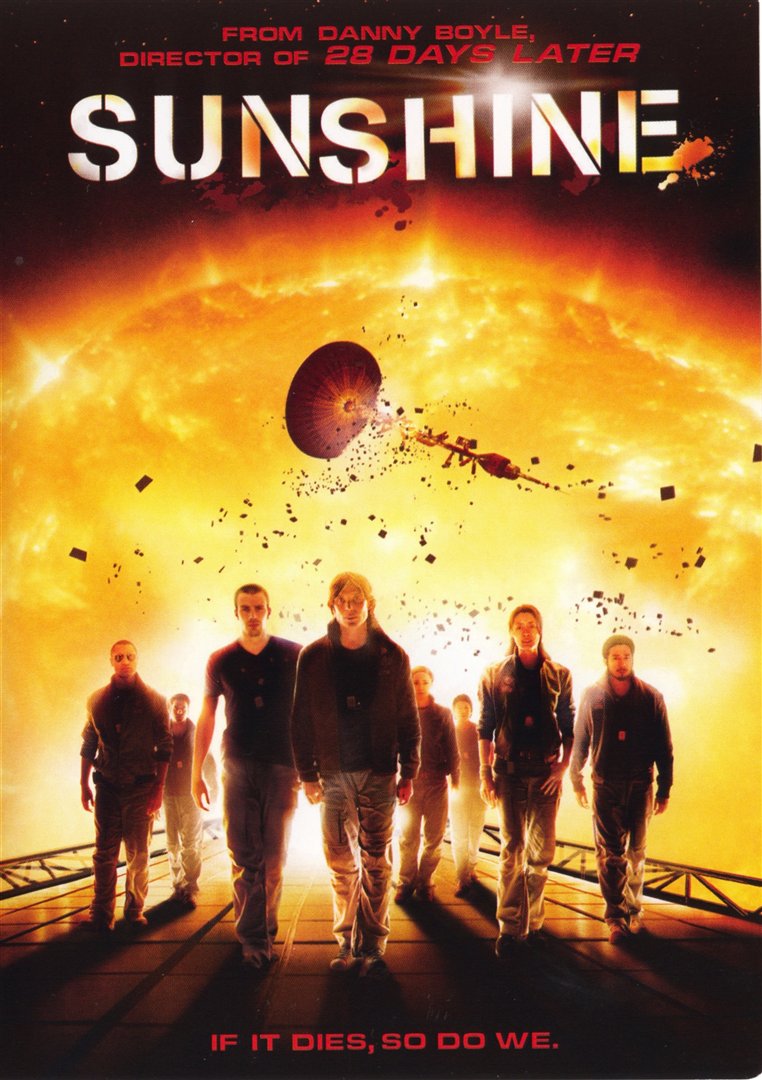 The year is 2057 and a solar winter has plagued the earth. The sun is slowly dying and humanity lives in fear of its impending doom. A team of scientists board Icarus II, a ship loaded with a massive nuclear bomb, intending to complete a voyage to the sun in order to rescue mankind. The plan is to fling the payload slingshot-style directly at the sun, hoping to jumpstart its reactions.

Although the premise of this film is highly scientific in nature, the story that develops is one innately human. Director Danny Boyle ends up creating a film that focuses more on the team inhabiting the ship and the decisions they’re forced to make to preserve not only humanity on Earth, but also the humanity within themselves.

I would say, within the first…hour or so, I could’ve died of boredom. I almost wished that everyone on the ship had died from asphyxiation or burned to death from too much exposure to the sun, but if that had happened there wouldn’t have been much of a movie left. While some might call the last 40ish minutes of the film “unnecessary,” to me it was everything. It was my only saving grace.

Usually, I’m all for a good, insightful movie, but today I was having no part of it. I understand that Boyle wanted to focus more on the survival of human nature and all that stuff, but sometimes a girl just wants to see people get chopped up, you know?

I liked the consistency with Cillian Murphy’s character, Capa. Robert Capa is a physicist, whose job onboard is to launch the payload, meaning he’s easily the most important person on the ship. I say consistency because he stays an outsider, who appears to be a minor character even when it becomes clear that he’s the hero. He’s kind of quiet and probably the most unintimidating member of the crew. He doesn’t come across as the strongest or even the smartest, but he’s the one who has to do the job that the fate of humanity depends on.

Each person on the crew has a job; they serve a purpose. There aren’t any deadweights aboard, however, which is great because nothing brings a movie down more than a weak character. Kaneda (Hiroyuki Sanada) is the ship’s captain, Corazon (Michelle Yeoh) is the botanist who maintains the ship’s oxygen garden, and Searle (Cliff Curtis) is a psychologist and doctor to the crew. Not only do these characters serve a function, but they also contribute an individual personality to the crew. It’s clear that they all have histories and that make them believable, making the mission they must complete all the more real. 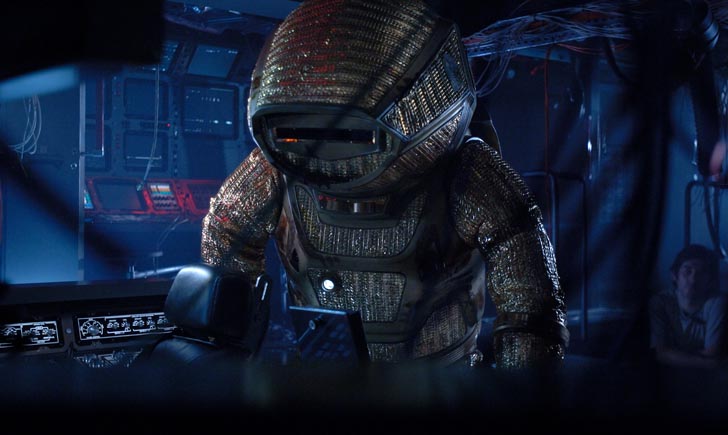 There was one person who I wasn’t a fan of, at first. Mace (Chris Evans), the ship’s engineer, rubbed me the wrong way almost instantly. He seemed too abrasive to mingle well enough with the rest of the crew, but towards the end of the film, I realized that he simply had a strong sense of morality. He has no gray areas and that attributes to his bluntness, but also his ability to assess a situation without bias and make a fair decision. Those qualities made him one of my favorites.

There was one scene in particular that stood out to me. Mace entered what was called the “Earth Room” and witnessed a simulation of people playing in water. Although this film is filled with many extraordinarily beautiful scenes, most notably the ones that depict the sun, the Earth Room scenes is most touching. It reminds Mace, as well as the viewers, what the crew is fighting for, what life, what moments they’re trying to preserve. There’s a greater whole to worry about and that’s one of the constant themes in the movie.

Sunshine is complex, intense, and worthy of a glance when you’re in a good mood. It’ll make you cherish the things that you’re apt to forget about, like the sun shining on your face in the morning or summers spent swimming on the beach. Oh, and if that doesn’t do it for you, those last 40ish minutes will serve you a side of Freddy Krueger.