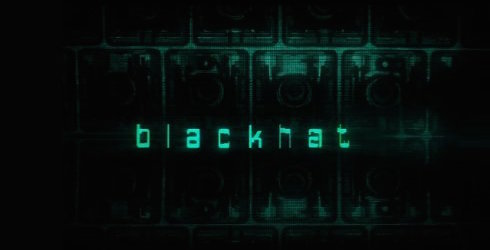 Directed by Michael Mann. Written by Morgan David Foehl. Starring Chris Hemsworth, Tang Wei, Wang Leehom, Viola Davis and Yorick van Wageningen. R, 133 minutes. A view of the Earth as sketchily connected lines, instead of water and landmass, begins Michael Mann’s new cyber thriller. This stark image precedes the action, which involves the potential meltdown of a power plant and manipulations of the global stock market, all under the thumb of a “blackhat” hacker, one who uses their talents for illegal gain. The world is constantly vulnerable to these kinds of people, as the film would have you believe and recent events have shown. Despite the considerable threat posed by this antagonist, we don’t see him clearly in the flesh until the last twenty minutes of the movie. He does a great bit of damage, enough that a United States-China task force is assembled to put a stop to his antics, and yet he has to rely on several seemingly unreliable sources in order to get his misbegotten money. At the end of the day, the money doesn’t matter in that the name of his game is less accumulating mass wealth and more to serve as a testament to his genius. This is the kind of James Bond villian-esque megalomania that bubbles below the surface of Blackhat. A globetrotting action film at heart, there’s an inherent tension between the sedentary nature of computer hackers and the need for gunfights the likes of which the director obviously revels in. Chris Hemsworth stars as Hathaway, a hacker serving time in prison when his old college roommate, Chinese investigator Chen Dawai (Wang Leehom), springs him to help identify the aforementioned cyber terrorist and take him down before he puts his final scheme into effect. For a majority of its running time, Blackhat plays out like a procedural on the countermeasures necessary to stop such threats. At other points, it’s a fairly generic action movie that gets more implausible the longer it goes on. Such a notion isn’t without its fair share of interesting ideas. Even in a world where the stroke of a keyboard can influence physical reactions in the real world enough that you can hole up in some lair, eventually you’ll have to meet somebody face-to-face.

Like some of his previous films, namely Collateral, Miami Vice and Public Enemies, Mann shoots the film digitally to give the proceedings a true-to-life feel. The camera is an active participant in the events, zooming in on people’s faces while they’re doing simple things like walking around a room, giving every situation an added jolt of immediacy. This grittiness feels undermined in scenes where we travel deep within the micro-sized world going on in our computers, but it’s still interesting to see, even if I still don’t quite understand how all of that works. Notwithstanding the continued visual mastery of Mann and the interesting spin on what is essentially a typical action movie, Blackhat falls short when it comes to its script, which struggles to provide its characters with depth in the midst of all the jargon. A tacked-on romance between Hathaway and Chen’s sister, Lien, is especially bad. The two have no chemistry together and the movie could’ve easily shouldered on without it. When Chen claims he’s never seen his sister so happy in regards to their relationship, you have absolutely no way of knowing how that’s possible. These issues threaten to sink the movie, yet it remains at least slightly interesting throughout. Even when the villain’s motivations are revealed to be quite mundane in comparison to the grand aura of mystery surrounding them, the final confrontation is visually engaging, perhaps serving a human, down-to-earth counterpoint to that unnerving opening glimpse of the planet from space. Blackhat isn’t a great movie, towards the lower end of Mann’s spectrum, but it works more often than it doesn’t. Its spin on the genre is refreshing, enough so that it incites interesting questions about the nature of human communications in the twenty-first century even when it’s not actively pursuing such themes.

If you enjoyed N. Demmy’s analysis, you can find his latest work right HERE and his earlier articles and reviews over HERE.