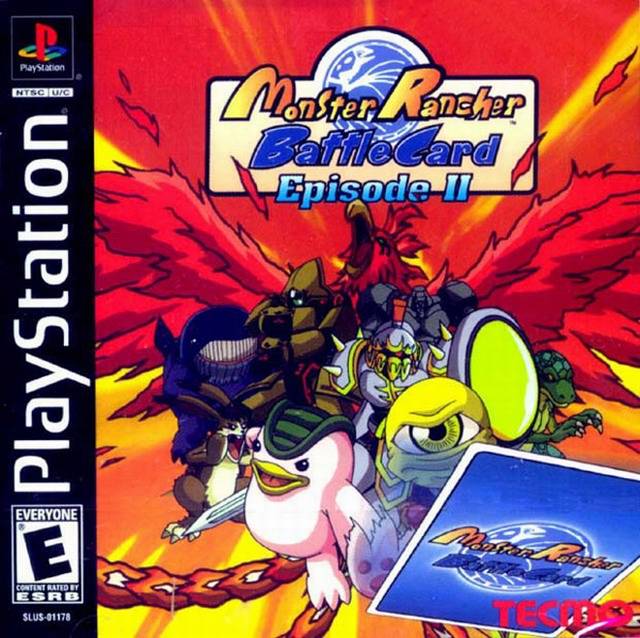 Honestly, stall decks are the most powerful type of deck in this game, so long as you have the right cards for them.  Some decks have a lot of attacks that require only a few guts, and others have a lot less attacks, but they do more damage for more guts.  Nelson is one of the toughest opponents in the game.  He uses a stall deck that runs you out of cards by dodging your attacks.

However, his deck is not the ideal stall deck.  His monsters have low health (6,6,7) which means that they can be ko’d with a lot of moves.  The ideal stall deck needs to have monsters with high health and powerful defensive cards, as well as the ability to lower the opponent’s guts.  The ideal monster set that I ended up with is Plant, Monol, Zilla.  This team makes your health total: 10, 8, 10.  This makes your monsters difficult to kill.  Also, each monster has good defensive techniques.

Zilla’s bounce is the most powerful defensive card in the game.  It costs four guts but it reflects the damage down by a pow move (There are two types of moves, pow and int.  These two types are affected by defensive cards differently.  Usually pow does more damage but int is harder to defend against) back on the attacker.  With a big damage attack, this move can easily kill the attacking monster, lowering their offensive options.  Zilla also has Never mind that prevents three damage done by a pow move.  However, Zilla’s weakness is that he has no defensive cards against int attacks.  Still, he is one of the best choices for a stall deck due to his high health and bounce technique, along with his bubbles attack, which gets rid of all of the opponent’s guts if it hits.

Monol is a defensive powerhouse.  His block card shock breath negates all of the damage done to him by a pow move, and his dodge card wall dodges either a pow or int move.  His defensive cards are expensive (2 and 3 guts respectively) but they cover him well.  He has high health, is aerial, which prevents certain cards from affecting him (although some cards will do more damage to him) and he has a technique called tentacles, that, like Zilla’s bubbles will take away all of the enemy guts if it hits.

Plant has very high health and his block card take the hit will prevent 2 damage from either a pow or int attack, which is versatile.  His leaf zero will make any pow attack not fatal.  It will instead half his health.  This is very useful when he gets targeted by an attack that does 10 damage or more.  Plant also has two attacks that lower the enemies guts by 3 and 5 respectively.  Plant also has an attack that, if it does damage, will recover his life points.

With these three monsters, the enemy will have a hard time knocking all of them out before running out of cards, epsecially if they need a lot of guts per attack.  Take Rascal for example.  He will mostly turn all of his cards into guts and then use a card that costs 5 to do 8 damage.  Zilla can bounce it, Monol can block or dodge it, and Plant can survive it.  Then he makes 4 guts and next turn he draws 5 more cards.  That’s already fifteen cards out of his total 50.  If you add in how you can take away guts with your cards, it’s over.

Other cards you will need in your deck are: dodge, this card lowers your guts to zero, but it can be used by any monster to dodge a pow or int attack.   Fainted, this card costs 5 guts but it lowers both players guts to zero and it can’t be blocked or dodged.  Busy Time, this card shuffles your guts into your deck, giving you more cards before you run out.  Lock Tight, this is an environment card, which means that it will stay on the field until another environment card is played.  This card makes any attack that does 4 or more damage unavailable, which can completely shut down a lot of attack decks.  Grit can be useful as it prevents a monster from dying when the damage done to it is equal to its health.  Mango can also be useful to heal your monsters.  With their high health, this deck can also make use of Arid Land, which lowers each monster’s health by one at the end of the attack phase.  This card works well with Plant’s healing attack and mango.

So how to play this deck.  The key to running the enemy out of cards is to make less guts than them because you will draw less cards at the beginning of your next turn than they will.  Stock up defensive cards and make sure you have the guts to use them.  Against  a heavy attack deck, you can usually make up to three guts a turn, though you won’t need or want to as defensive cards will begin to stack up in your hand.  Against another stall deck you will always want to make one gut unless you absolutely need to make guts.  If you use a card, don’t make any guts so that you still only have to draw one card.  If you keep your card draws low, lower the enemy’s guts when feasible, and use your judgement on when to use defensive card and when not to (for example, you don’t want to use Zilla’s bounce on an attack that only does 2 damage), you should be able to beat any deck you come up against without any problems.