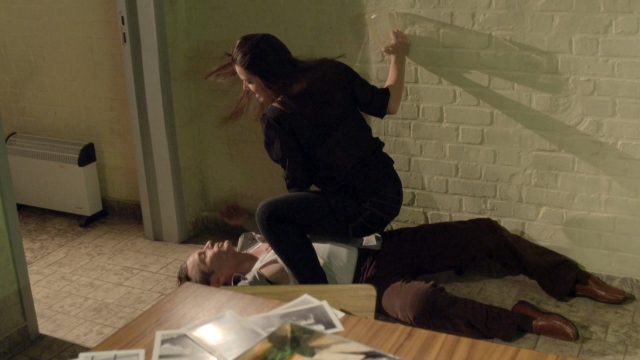 SPIKE IS BACK! Wow, that must be really annoying for James Marsters, but it’s the first thing that comes to mind when I see his face. This is his second episode in MHC, and the fifth episode premiering on the SyFy network. It’s entitled “Shelter Me.” He plays Mr. Davis, a man locked in a bomb shelter with a younger woman, Jen. My first thoughts were okay, he obviously kidnapped this kid, and we have a Room situation on our hands. Of course, there is no assuming when the Metal Hurlant is concerned.

While I wouldn’t call him outright creepy, Mr. Davis does have the air of a pervert. He knocks Jen unconscious, and when she awakes, he tells her that a missile hit and everyone’s dead. I was surprised at how easily she believed all of this. I, for one, would probably end up tied to a chair because I need proof! If he wasn’t physically restraining me, there would be no need for a 30 minute episode; I would be gone.

Mr. Davis tells Jen that they can’t go outside because the radiation will kill them. That makes sense. We discover that Mr. Davis’ wife was psychologically unstable, and she killed herself. She was the one who enticed him to build a storm shelter in the first place (because how many people just have those today?). Okay, also believable. 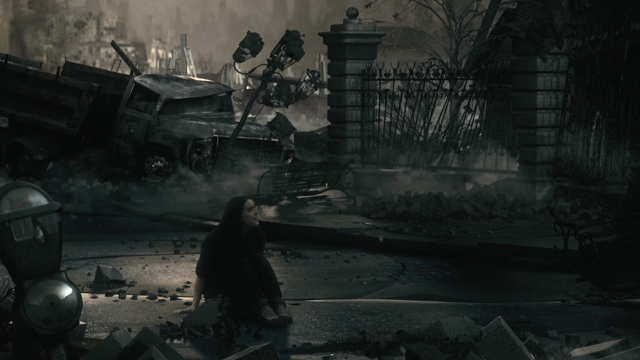 It’s weird, but his stories aren’t that far-fetched, so we’re kind of left in limbo, waiting for this to play out. It doesn’t take long for Little Jenny to crack after that. She cries. They start kissing. Then she needs to feel something (her words; not mine), and suddenly, they’re in bed. Okay. That was quick.

Afterwards, Jen randomly wants to make tea (I guess this is an English thing?), so she rummages through the shelves to find some teabags. OH MY GOD, WHAT’S THIS?! A box of black and white photographs of her. For some reason, the fact that they were black and white freaked me out more than the fact that they were photos of her. I guess because that showed his dedication, you know? I mean, what kind of camera did he use? Did he have a darkroom in his house, or did he have those developed at CVS? Were they digital photos that he filtered with grayscale? Was he up in a tree taking pictures right before they got blown up?

The pictures freak her out…obviously, and it gets really good from there. Who would’ve thought that he actually wasn’t lying? Jen bludgeons the man to near-death and run out of the shelter only to find that everything’s in ruin. Complete end of the world, like, giant-aliens-have-crushed-everything vibe. Nothing. That is what she finds outside. Nothing but shambles. Everything in shambles. Breathing that lovely, deadly air, she sits on the crumbling street, screaming while she still can. 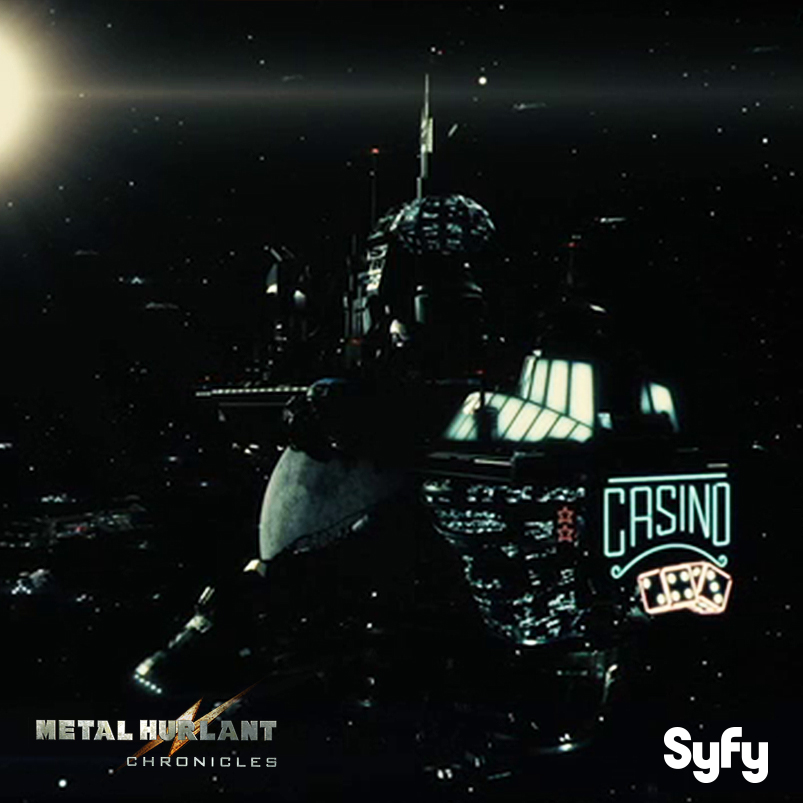 So, there really was a missile attack. So, Mr. Creepy-Stalker Guy that lived next door actually got to be locked in a confined space with his crush and even got to bang her before he died. If we could all be so lucky. I mean, dying sucks for you, but overall congratulations, man.

The episode after this, “Second Chance,” went in a totally different direction.

We’re at an outerspace casino, following a possibly alcoholic Joe Mada (played by the familiar face of Scott Adkins). Clearly a gambling junkie, Joe bets his eyeballs (yes, you read that correctly) on a card game with Xero (Kamel Laadaili). He loses, and the stakes are very high. Joe can keep his eyes if he comes up with $500,000 by tomorrow.

He attempts prostitution, but no takers. That’s when he meets a nameless, pretty woman (Lygie Duvivier), who enlists him in a treasure hunt that will solve his all of his debt problems.

They commandeer a ship and speed away to No Man’s Land with Xero’s fighter pilots on their tails. They find the pirate ship, containing loads of jewels, and almost get out of this episode scot-free. Just as they’re about to speed away into the stars with their loot, their ship begins to fall away into a black hole. Joe tries, in vain, to save them, but he and the woman end up falling through together.

The fall that definitely should’ve killed them seems to have transported them. They wake up, relatively unscathed, in a lush jungle. The two look like Tarzan and a less clothed Jane, however it might be more accurate to refer to them as Adam and Eve now because it was a little too coincidental to miss the apple, the snake, the “We shouldn’t go over there” from Joe. There were also dinosaur (?) noises in the background and a very active volcano, so it’s pretty safe to say they were waaaay back in time.

A decent episode, not as good as “Shelter Me,” but I wasn’t expecting the ending at all. MHC just keeps me on my toes. I told you it’s very Twilight Zone/Outer Limits-esque. 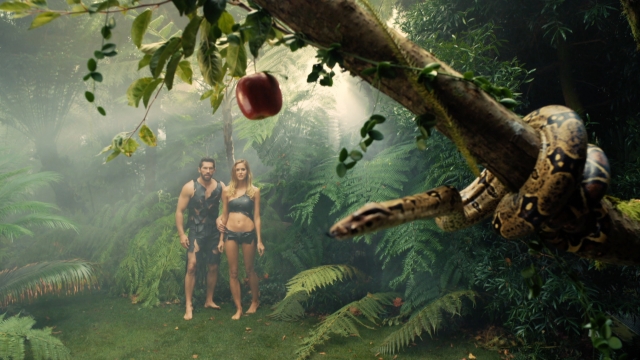 But I got a beef to pick! So far, the portrayal of females leaves much to be desired. If I remember correctly, the majority of the women in this show are oversexualized, marginalized, or just plain stupid characters. I just want a little love for the girls! I mean, men are the protagonists in each story so far. Where’s our faulty heroine?

I know sex sells. I’m all for partial nudity, but if that’s the case, can we girls get some more, Mr. Guillaume Lubrano? How about instead of tearing Joe’s clothes and leaving the woman with barely any, couldn’t we just make Joe completely shirtless next time? That way, we’re even. That way, it’s not just one oversexualized person in the frame. How about every time a woman shows too much cleavage or her dress is too short, we just throw in a half-naked man to square everyone away? Also, how come she doesn’t even get a name? She’s basically a lead too! Come on, man!

By the way, she looks A LOT like Skarr from the “Master of Destiny” episode.

Okay, I’m done ranting. Next week’s episodes look good. That pink guy with the bird nose is in one of those, so I wonder what that’s about.