In 2013, the infamous Hong sisters shocked and delighted K-Drama fans when their co-written hit series, Master’s Sun, aired on SBS. The story centers on Tae Gong-Sil (meaning “sun” in Korean), a young woman who once lived up to her name but, since a near death experience, lives her life plagued by the ability to see ghosts. Her fear is only extinguished when she makes physical contact with Joo Joong-Won (“master” in Korean), a successful, yet arrogant, president of a large corporation.

Even though, I had heard good things about this drama, I was still apprehensive. In the past, if it wasn’t disgustingly mushy with a few comedic moments here and there, I found myself uninterested. It’s pretty easy to get on the top of my list of Faves. All you need is that classic storyline: the good-looking rich guy antagonizes the poor girl, but she wins him over with her shining personality, and they protect their love, in spite of whatever twists the writers throw their way (amnesia, evil mothers, you know the drill). But mixing in the supernatural with my rom-com crack? It was bearable with Secret Garden, but my philosophy has been that the two genres are best kept separately. 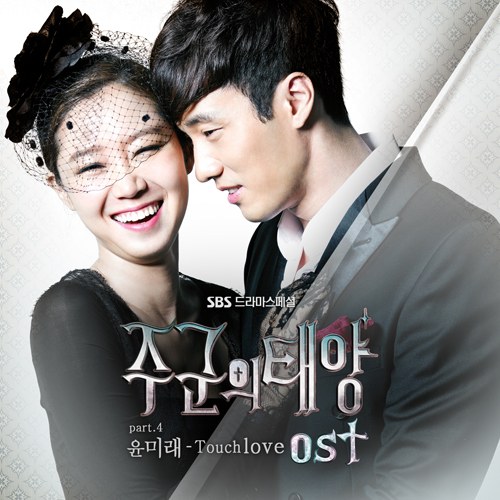 Master’s Sun was a one of the best of 2013 because of its edgy coupling that scared the crap out of me and brought me to tears all in the same episode. If you’re an American like me, trying to steamroll dramas in marathon format online, then you know that the struggle is ALIVE AND WELL. A good k-drama will drag you through the mud, leave on the side of the road, come back, clean you up, then push you off a cliff, say “sorry”, and you forgive them because you like it. In my glory days, I stayed up as long as it took for me to get to that final episode and everything was okay. I think the longest I’ve gone on a drama binge was 3 days without sleep, watching Golden Bride. (It’s a great one too. I recommend!) The problem, which I guess isn’t really a problem, is that the Hongs didn’t skimp on the scary. As a viewer, I got the picture⇀ these spirits were not only stalking her and keeping her sleep-deprived, but they had her holed up in her room, terrified of her own shadow, and looking like a crazy person to everyone around her. This show will have you clutching the covers around your throat at 3 AM, paranoid of the darkness until daylight.

At the same time, it delivers in the heart-wrenching, why-is-the-world-like-this, why-can’t-everybody-just-be-happy, throw-laptop-and-cry department. Gong-Sil will force you to love her warm, aloof personality, and there is a coldness in Joong-Woo that makes him need her as much as she needs him. The connection between Gong-Sil and Joong-Won is a means for their survival, and I believe that’s how they incorporate the supernatural into mainstream romantic-comedy dramas.

But could other dramas follow in their footsteps and survive? Who knows? My Love From Another Star, which aired in December, is still doing well, while Taecyeon’s drama, Who Are You, which aired before Master’s Sun in July, did not. The formula of how much a creator can leave the traditional k-drama platform is still being worked out, but for now, let’s just hope they keep dragging us through the mud.