In a weird leak of information last year we learned that Sony was planning a crossover that no one saw coming… The reimagined 21 Jump Street and Men in Black would come together. Now we learned it may still be happening. It’s a great mix of primetime comedy meets truly satisfying science fiction so I thought of some other mash-ups that studios could look into.

So, what if Liam Neeson’s next relative was taken into the Matrix? Sure both franchises fell off when the sequels started but that’s why they might be so, so right together. Or completely wrong. Either way, I’d buy a ticket.

What happens if everyone at the original party was just a bunch of super wasted teenagers that hesitate to take anything serious? We all know that Michael Cera was meant to be an action star.

3. If the Hunger Games were Pitch Perfect

I mostly just want to see Jennifer Lawrence, Anna Kendrick and Rebel Wilson in a movie together. This would give the intensity of the original Games trilogy while providing the competitive yet light-hearted fun of Perfect. It’s a win-win.

Chris Pine, Jason Sudeikis, Jason Bateman and Charlie Day played perfectly off one another in Horrible Bosses 2, so what if Captain Kirk became the boss and the three knuckleheads decided they want him gone? Basically Charlie Day in space just equals amazing. 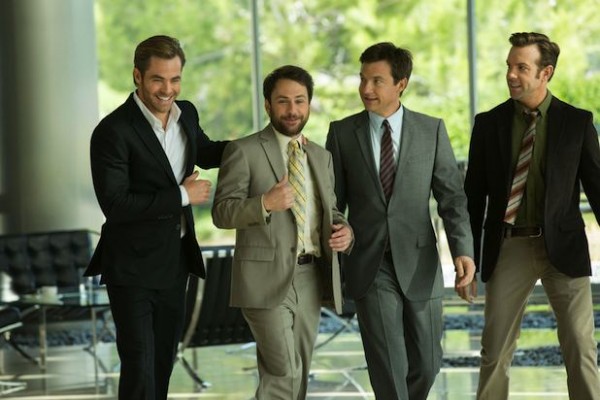 But, you guys… Chris Pratt is already there. What if Leslie Knope was put in charge of the park? It would be amazing. Aubrey Plaza, Aziz Ansari and Nick Offerman interacting with dinos? I mean…

Hollywood, if you’re listening, you can contact me on Twitter. I’ve got more than enough time to pitch these ideas.