Hugh Jackman has beat Christopher Reeves in the most times an actor has played the same superhero across films.  Reeves had played Superman a total of four times across four films. Jackman on the other hand has reprised his role as Wolverine not only three times for the first X-Men trilogy, but in an unaccredited appearance in First Class and of course, X-Men Origins, which is all about Wolverine. The fifth time he will appear in The Wolverine which can be surmised as the character getting into some samurai type shit in Japan, which will be released this year. So in total, Wolverine is the Marvel character that has been filmed the most. 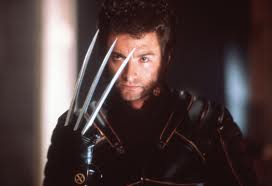 It makes sense, considering Wolverine has one of the more complicated back stories of the X-Men characters but is not so convoluted that it is difficult to follow, which is why he has always been a fan favorite. The badasses always are. And Hugh Jackman’s portrayal fits much better than the original intended Dougray Scott. Jackman just looks like a Wolverine and though he has to dig a little deeper to get the rage and emotion of the character on screen, he fits the role better than most could hope to. However, despite this success and despite the character’s popularity by the end of 2013 there will have been five films as a main character, two of which specifically focusing Wolverine. My question is where is the love for the rest of the X-Men?

The Wolverine will be the second film exclusively focused on the character (although this one with its own Asian flavor). The sad part is, Wolverine was not even one of the original X-Men and is not the only one people care for and the Marvel franchise will have accounted for most of Hugh Jackman’s film career. 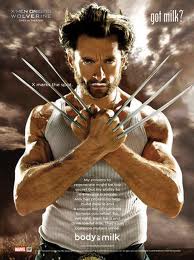 There are a multitude of characters in the Marvel universe that have incredible back stories and could hold a film on their own- for starters any number of the original X-Men, particularly Jean Grey. There could be entire three movies focusing solely on her as a character, and while we get a taste of the Phoenix in X3 it is not nearly to the degree or severity that a film could be made.  A newer story focusing on Shadowcat, Iceman, and Colossus considering their age and experience by the end of X3 surpasses most of the other characters and Cyclops, Jean, and the Charles are all dead. An entire new trilogy, with entire new cast can be made. And yet, there is another Wolverine story.

Obviously studios can find the simplicity and convenience of using a character from an already successful franchise and them pimping him out to earn more money. After all, that is what Origins and The Wolverine were made for- no real character motivation, but to create revenue. They already had their star, which was comfortable with the character, in shape, which audiences recognized. It was an easy movie to make and a movie that would profit.

However as it stands, it is a little patronizing to think that there is a wealth of great characters with great stories and untapped markets ( seriously, there has not been one legitimately good female superhero movie) that fans would be more than happy to go see and appreciate as opposed to shrugging off another Wolverine story. 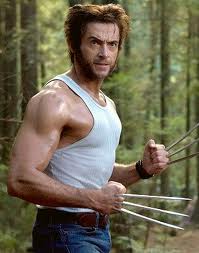