In more Marvel news, a trailer for the upcoming Netflix series, Daredevil, was finally released. You can check it out right here:

Did it feel a little Dark Knight to you, too? That’s okay! Enjoy the grit. Welcome that dirty feeling into the Marvel realm. We’re introduced to Matt Murdock, played by Charlie Cox, in good ol’ New York City. Everything is wet, he seems pretty beat up, and things are going to get hairy according to the multiple shots of sketchy-looking people. Murdock is in a confessional booth with some sort of religious authority and is slowly admitting that he is not looking to be forgiven for what he has done, but for what he is about to do.

The snippets look better than I expected, and definitely better than most superhero adaptations I’ve seen on TV. The action sequences look cinematic and composed and there were explosions, but not too many. I’ll be interested to see how each episode looks on Netflix when the show is released for binge viewing on April 10th. 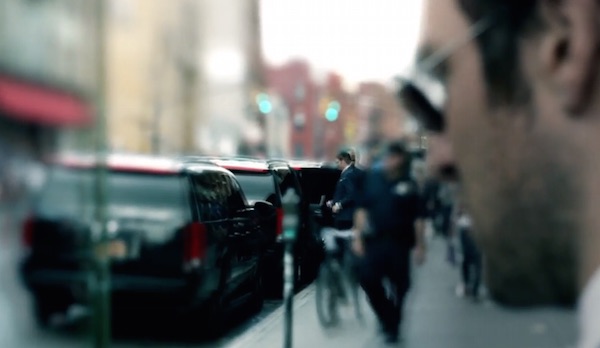 One aspect of the trailer that we should focus on is the sound. To appreciate this, you need to know Murdock’s background. He was blinded by some radioactive material that fell from a moving vehicle. This substance, while blinding him, also gave him other heightened senses. So obviously the show wouldn’t work from Murdock’s exact point of view, but there are times when we can hear what he is hearing. In the beginning of the teaser the frame is blurred and vibrating almost as if we can feel Murdock sensing those around him with his hearing. We hear the hum of an elevator shutting and the clanging of cold metal. As he’s walking down a hall in complete silence we start to hear a high-pitched tone, as if he is trying so hard to sense danger that he’s searching through various frequencies to find his way. There’s not even much dialogue to the trailer, which is excellent, because we hear the action!

So, what are your thoughts? Excited for Marvel via Netflix? Nervous about the reintroduction?

If you enjoyed Carly’s heightened review, you can find the rest of her work right HERE on Sci-Fi Bloggers. You can also follow her on Twitter @MrsCarlyRodgers.