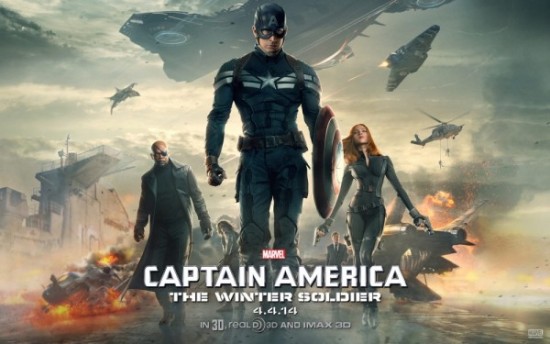 The two previous “Phase Two” entries in the Marvel Cinematic Universe were entertaining diversions that ultimately failed to bring anything new to the table in regards to their respective characters. To be fair, one tried, but the other didn’t even bother. Captain America: The Winter Soldier, on the other hand, puts its hero on a journey that redefines everything he thinks he understands about the world he now lives in.

The film opens with Steve Rodgers/Captain America (Chris Evans) carrying out covert operations on behalf of S.H.I.E.L.D. All is not well, however, as the “compartmentalization” of information and motives frustrates the superhero all about being on the up and up. He soon learns that he may truly be out of his depth when S.H.I.E.L.D. considers him a threat and hunts him relentlessly. Teaming up with Black Widow (Scarlett Johansson) and new friend Falcon (Anthony Mackie), the trio get to the bottom of the organization’s ulterior motives. Meanwhile, elements of Rodges’ past are brought back when a mysterious assassin named The Winter Soldier (Sebastian Stan) is revealed to be none other than his best friend from the 1940’s, Bucky Barnes.

The Winter Soldier works so well because it fully embraces the notion that these stand-alone movies should have a flavor all to their own and feel independent from the very films they follow up. Unable to rely on the nostalgic 1940s setting and tone, this sequel thrusts us right into the middle of a spy thriller that only truly reverts back to a superhero movie at the halfway point. By then, we’re already on board.

Chris Evans does his best work as the hero in this movie. He’s still very much a symbol of goodness and doesn’t necessarily change as a result of his adventure, but he brings out the best in his partner, Black Widow. Following up on certain character revelations in The Avengers, Black Widow has her most interesting role to play here, finally making the decision to come clean about everything she has done in the service of an organization she thought was doing good. Even better, there’s a certain humanity to the way their interplay is written, making Black Widow come off more of a sardonic ass-kicker than the blank slate she seemed to be in the last two movies she appeared in. 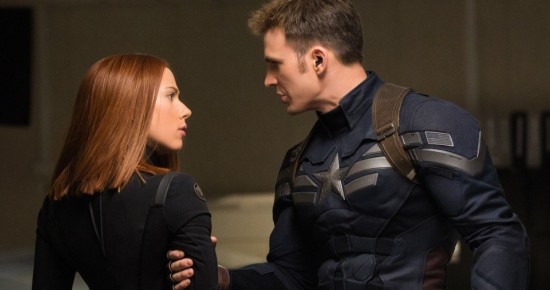 The action scenes in this are pretty exhilarating, too. Sometimes brutal. A few go on too long, like an early assault on Nick Fury’s (Samuel L. Jackson) SUV, but the Russo Brothers, primarily known for their work on television comedies, prove themselves adept action directors.

The most disappointing thing about The Winter Soldier, ironically, is that titular character. He doesn’t say much, which isn’t inherently a bad thing, but he doesn’t do all that much, either. His involvement in the movie suggests that the writers felt Captain America needed more of an emotional journey amidst all the espionage, and I don’t really agree. I think the story of an honest man trying to expose the evils within a branch of government while assessing what it means to be a superhero in our contemporary time is compelling enough that we don’t really need The Winter Soldier. He could’ve been saved for another movie.

In his place, thankfully, is Robert Redford as Alexander Pierce, the director of S.H.I.E.L.D. and a great foil for Captain America. He’s a great natural extension from some of the beliefs espoused by the Red Skull in the previous Captain America. Where that villain was about the special serum he had making him a God amongst men, in stark contrast to Rodgers, Pierce truly believes that people can’t be trusted with their own freedom in contrast to our hero. I don’t really need to say this, as it has been said countless times before, but casting the man who starred in Three Days of the Condor to be the villain in your spy thriller-tinged superhero movie is just genius.

Captain America: The Winter Soldier is everything a sequel should be. It shakes up the status quo and gives us a tantalizing look ahead at what this series of movies may have to offer us. It not only rises near the top of the MCU films in terms of quality, but, now that we have some distance from its release, it deserves to be mentioned along with the best the superhero genre has to offer.

IMPORTANT NOTE: Due to some time constraints, I will be skipping Guardians of the Galaxy so I can focus on getting a review in for this Friday’s Age of Ultron. Never fear, though, as you can read what we thought of the film here and here.

Up Next: Avengers: Age of Ultron.