I was in the theater to see Captain America: The Winter Soldier, the ads started, and suddenly there were two trailers featuring Marvel comics characters from two other production companies. Once more, I found myself mourning the fact that Spider-Man (Sony) will, as far as we can predict, never be able to join the Avengers (Marvel-Disney). It’s a bit tragic if you’re a comic book fan—especially with the Marvel Cinematic Universe coming together so well over the past six years. Peter Parker won’t be able to fanboy over Thor. Deadpool can’t stalk Spider-Man. Reed Richards and Tony Stark won’t get into petty fights over who is the smartest. Okay, maybe these aren’t the most important concerns ever, but in my opinion they are missed comedic opportunities. And more significant than that, the X-Men and the Avengers crew will never cross paths. Except for when they do. 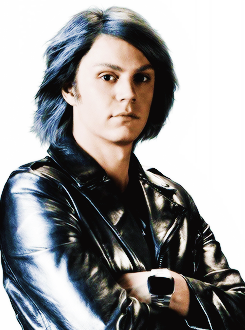 Because the mystery of the month is how will a silver-haired speedster play a part in the X-Men’s scheme in the upcoming X-Men: Days of Future Past, when mysterious twins Wanda and Pietro are making an appearance in Avengers: Age of Ultron? Will there just be two Pietros floating around the cinematic space? Apparently, the hard and fast answer is yes.

A little backstory in the case of the two Pietros. From the Marvel Studios’ point of view, Wanda and Pietro Maximoff were recruited to the West Coast Avengers in the 1960s, meaning they were on the team before Black Widow, the Falcon, and Ms. Marvel/Captain Marvel were. They had split up from bad old dad Max Eisenhardt, a.k.a. Erik Lehnsherr, a.k.a. Magneto, a while ago (or in some stories had never really known him). They were allied mainly with the Mutants of Xavier’s Academy, so the Avengers were on good terms with them. Wanda in particular has been on a few different iterations of the Avengers team in the comics.

For the Twentieth Century Fox side, it makes perfect sense that Pietro Maximoff, a mutant, should show up in X-Men: Days of Future Past. His historical connection to Erik, a main player in the series, would also seem to make him an obvious choice to add to their film roster. However, in this film as well as in Age of Ultron he does not appear to be Erik’s son. Meanwhile, Wanda is nowhere in sight. Whether this has a specific reason behind it, or whether Fox and Marvel have chatted things over behind closed doors, we must wait to see the greater picture. Generally speaking, Fox owns the rights to all the Mutants. So when Pietro and Wanda appear in Age of Ultron their powers will have to be explained via some other science and/or magic (those who have seen the end credits scene for Captain America: The Winter Soldier can nod sagely at this point). 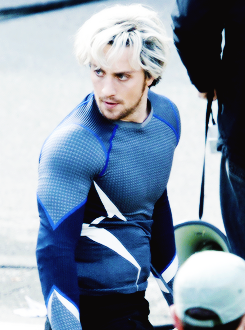 But the ultimate reason for two Pietros is that the Marvel company used to just write comics. They had no use for the film rights to their characters so they simply sold them off to make a profit. Unlike DC Entertainment, which is a subsidiary of Warner Bros., Marvel had no real filmmaking power unless it co-produced with another company (before its merger with Disney in 2009). For example, Marvel allied itself with Paramount to make the Iron Man movie in 2008.

What’s even more crazy is that, according to an article you can read here, Marvel had to run and buy back the film rights to many of their characters come 2004 when they announced they would create their own films. This included such current superstars as Iron Man, Black Widow (from New Line Cinema), Thor (from Universal), and the Hulk (from Sony). At least one person at Marvel was planning ahead. Imagine a world in which members of the contemporary film Avengers roster belonged to four different studios…and suddenly things don’t look as bad as they did before.

Really committing to long-term continuity of characters, stories, and actors in franchises is still a relatively new concept. The co-existence of multiple versions of characters may be something that, like rapid reboots and recasts (Spider-Man, Fantastic Four), that movie-goers will just have to adapt to. And all things considered, when it comes to American superhero comics, audiences still have it easy dealing with just one continuity at a time.

For a simple visual representation of the way things look at the moment, check out this infographic from The Geek Twins. 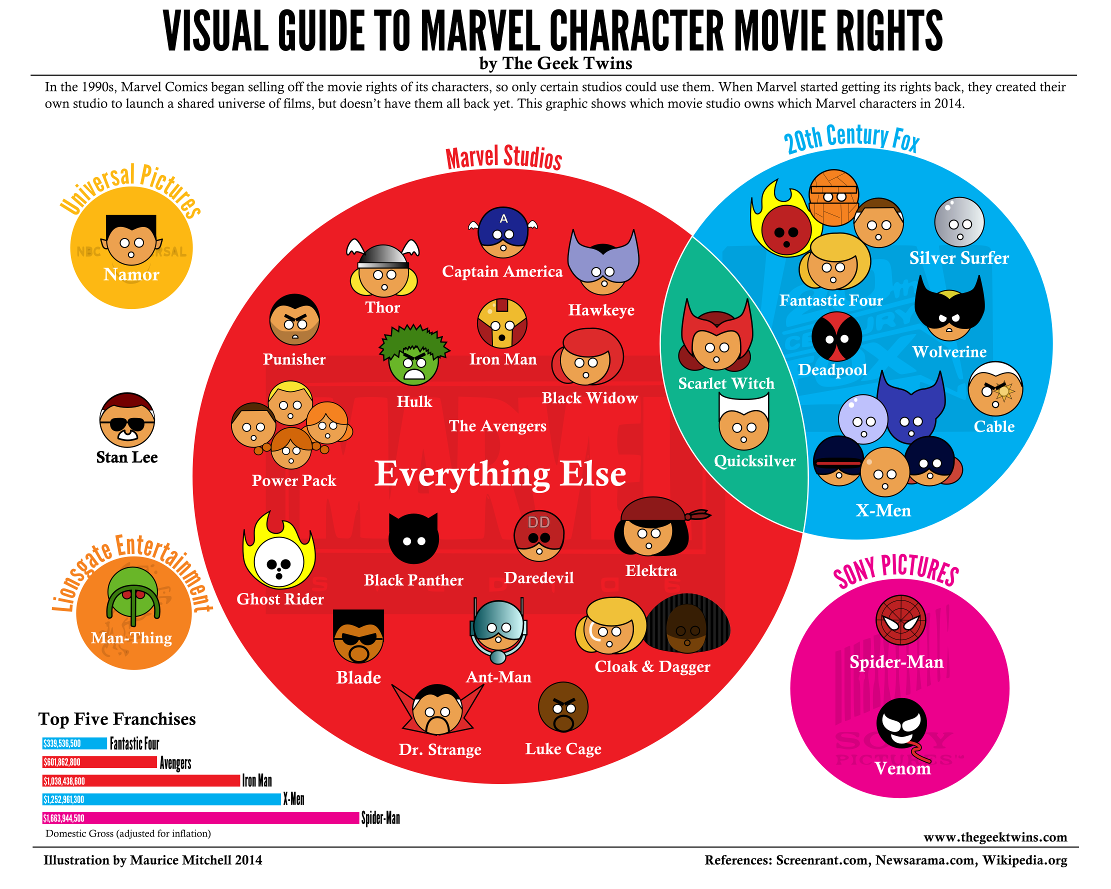