M. Night Shyamalan, Manoj Shyamalan, is an Indian-American writer, director and producer known mostly for his unique contribute to the Sci-Fi world.

Born in 1970, after graduating at NYU Shyamalan dedicated his life to the movie’s world, trying to explore and give a unique touch to its every aspects.

His career started to gain a big deserved success and international recognition in 1999 when he wrote and directed The Sixth Sense, a supernatural thriller like nothing we’ve ever seen that narrates the story of a little boy able to talk to the dead (how can we forget that scaring kid’s look while he was whispering “I see dead people”). 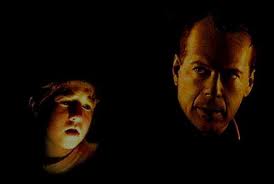 The film not only was nominated with Academy Awards as Best Director, Best Picture, Best Original Screenplay and others, but it represents a clear example of M. Night’s philosophy and his love for unexpected twists (something that will recur a lot in his every movie, sometimes even too much).

After another experience with Bruce Willis with Unbreakable in 2000, Shyamalan scores again with one of his most famous and controversial movies, Signs (2002). In this Sci-Fi thriller a pastor, who lost his faith after his wife’s death in a terrible accident, recovers it after a close encounter with an alien appeared in his wheat field. 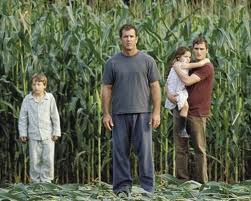 The story is compelling, the tension is palpable and the directing well mastered, but, even if Signs records a huge success among the audience, still the dialogues fail in letting us completely in the movie, keeping us on the surface just because sometimes is objectively impossible for us to understand them; for this reason the movie may be defined more than a Sci-Fi thriller also as a sentimental and psychological journey through faith and beliefs.

After Signs, the director challenges himself in 2004 with darker atmospheres and horror-ish settings in The Village, that narrates the story of a little community living among the woods, constricted in their village by the presence of obscure and blood-thirsty creatures. 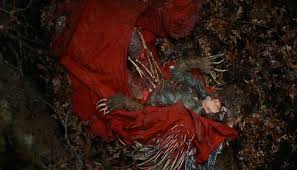 Once again the movie reaches a good result at the box office and, even if more similar to an horror product than a Sci-Fi one, the main ingredients, that proved in the past to form a good mix together, remain profound dialogues, incredible cast and unexpected ending twist.

Shyamalan’s success gets unexpectedly arrested by his collaboration with Warner Bros for the realization of Lady in The Water (2006); the movie, inspired by a fairytale that the director himself wrote for his kids, obtains horrible critics and a huge flop at the box office.

The recovery from this failure arrives in 2008 with another movie that carries the same main features of Signs: The Happening. In this Sci-Fi thriller, human’s life is threatened by a toxin released by plants that makes every men commit suicide; once again the cast is amazing, the story compelling and thrilling, and the theme is very actual, giving us food for thought on the way we are exploiting a planet that may decide to rebel eventually.

Shyamalan’s renovated success though doesn’t last too much and arrests again in 2010 with The Last Airbender, a kids’ story that doesn’t seem to carry the director’s expert touch, with stupid and too simple dialogues and 3D effects that just ruin the quality of the image. 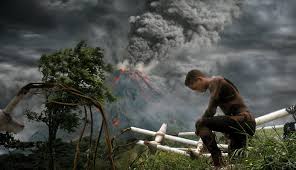 The last Sci-Fi project of Shyamalan arrives in 2013 with After Earth, once again an apocalyptic thriller with a great cast that comforts the director’s fans after his terrible flop (even if most of them hope for his return to more independent movies as his first ones).

With a very troubled carrier made of ups and downs, Shyamalan is still, without any doubt, a pioneer of his genre, a man that, even if often criticized for his screenwriter’s efforts, gave a unique, profound and very personal contribute to the Sci-Fi’s world. 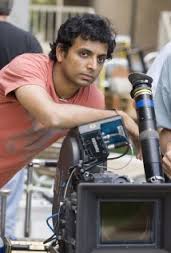