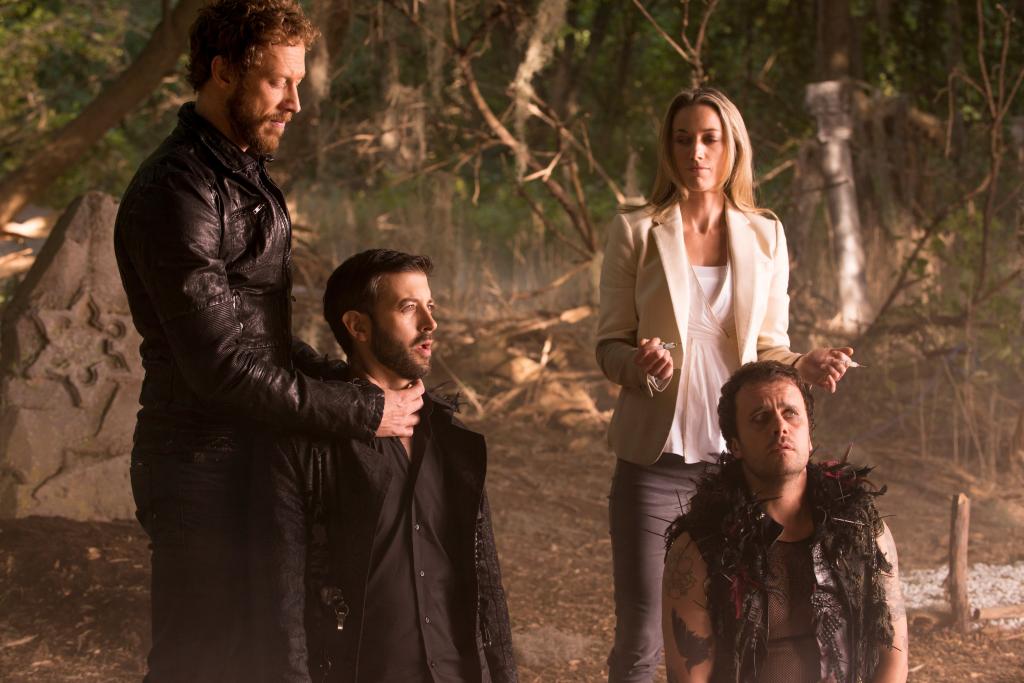 The episode is really called “Destiny’s Child,” but I put it in the title because I couldn’t contain myself. I knew Schmid was Rainer (damn Tumblr), but I was waiting for him!

Anyway, let me rewind! So, last episode, Bo opened the box she left for herself, and it was this jar of black smoke. This episode, Bo opens the jar and out pops a cutie with a British accent. His name is Hugin, and he’s a crow, a servant of the Wanderer, and also one of his sons. He spins this tale of how his brother, Munin, ran off with his wife and trapped him in a jar. Big lie. The biggest of lies. Ginormous trap. 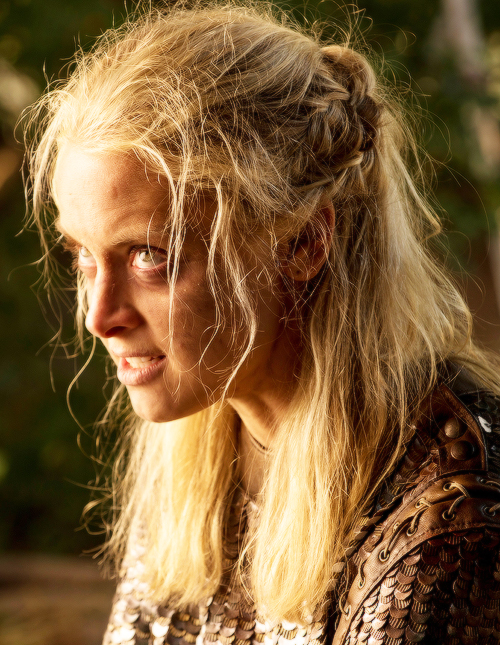 Bo is now lured away from the group and in a Fae Burial Ground, where touching a grave could send a person straight to Irkalla, or Hell. Now, you know our Bo-Bo, always a fan of the dramatics. She jumps right in to escape the crow ambush and winds up in Irkalla with the Leviathan, a woman that is in desperate need of a tan. The Leviathan says she’ll let Bo go if she beats her in a game of riddles.

In other news, finally they address Trick’s residence in the land of salt. It’s been weird seeing Trick offer no help at all to Bo in finding out about the Wanderer and why he took her. Trick goes to see a Luduan to find out why he’s keeping secrets, not only from Bo, but from himself.

Kenzi is fed up with the lack of support from, and enlists Tamsin as her accomplice to force him to help. They wait until he leaves, then pillage his quarters for vials of his blood to write the future in his blood book. In case you forgot, Trick is the Blood King with the ability to change the future and the past by writing it in his blood in the blood book. The girls find his blood fairly quickly, and they open the little box its in, also very quickly. I was a little disappointed by this. I mean, don’t tell us that this package is extremely difficult and dangerous to open, then let us down! Kenzi takes his blood and writes Bo’s name in the pages of the book. Tamsin goes into a weird trance and begins remembering something that happened in one of her past lives.

The next part is where things get interesting. Trick and Tamsin discover that the Wanderer is Rainer (didn’t we already know that or was it just me?), and Trick wrote him out of the past for uprising against him. And Trick used to be an arrogant, hot mess when he living as a royal. He insulted Tamsin and other Valkyries, made her feel inadequate, so he could trick her (woah, is that where the nickname came from?) into giving up Rainer’s soul. They made a deal that Tamsin would get more lives if she gave up Rainer, which is probably why she had to work for Rainer later on. 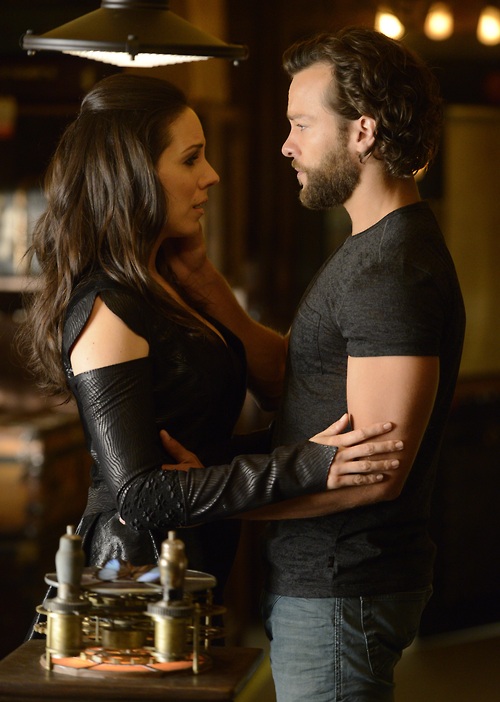 Bo wins the riddling game by giving the Leviathan a choice between Lauren and Dyson. Apparently, Bo loves Lauren more. She’s sent back up with the crows, knocking each of them into Irkalla. She’s still outnumbered until Dyson and Lauren find her and level the playing field. Hugin and his brother make a deal to take Bo back to the train of so many episodes ago, so she can see the Wanderer at last.

ENTER KYLE SCHMID! Bo means to attack Rainer, but instead they end up doing this weird touching thing. Their hands glow the way they do when Bo feeds, and the next thing I know, she’s brought him home to meet her grandpa, claiming he’s her destiny!

Do you smell the fish? I certainly do. Bo being all gungho over Rainer seems like an act. I mean, a few shows ago she thought the man was her father. Now, are they supposed to be getting it on? I don’t know, but I’m waiting for next week…