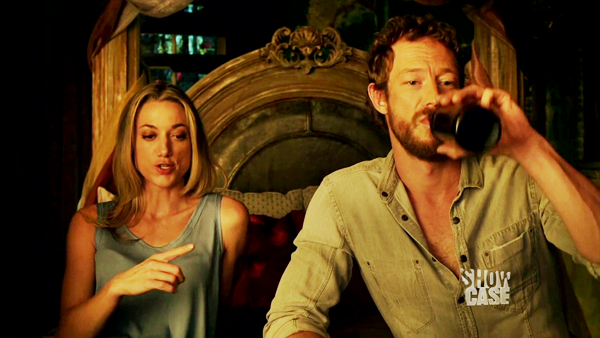 I died while watching this episode, and I am typing this from beyond the grave. One word: frustrating. Am I sitting alone at this table or do funky time warps grind your gears? I hate them! Stop repeating everything! We actually got the goods with this episode though.

Bo takes a break from her Rainer obsession and hardly any time to think about Dyson or Lauren because she’s preoccupied reliving the weirdest Krampmas party. It’s basically the Fae version of Christmas, except Krampus is no way in Hell like our jolly ol’ Santa. 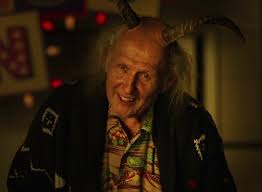 Yes, I’m serious. Oh, and he also convinces them that they like it, that they deserve to be candy. Yes, I’m serious. Having had his fill of ridicule, creepy Krampus, the Fae-world’s giant joke, decides to exact his revenge by kidnapping Fae and turning them into candy.

Moving away from the creepy, Dyson and Lauren spend the entirety of this episode getting drunk and being buddies. I could have SOBBED. (Is that a threesome I see off in the distance?) They go back and forth about a box that train-Bo, who she can’t remember, sent to post-train-Bo, debating whether or not they should give it to her. Dyson, of course, says they should, but Lauren, surprisingly, thinks they shouldn’t. I mean, you and I both know that Bo is going to find out about the box regardless, but why the hassle? And woah, Lauren lying to Bo? She is so different. I still can’t believe I like her this season. None of this matters anyway because Kenzi ends up just handing the box to Bo.

Speaking of Kenzi, Kale officially consummates their relationship, after HOURS of failure on Hale’s part. Sorry buddy, cheesy pick-up lines are not usually the way to get the panties. It wasn’t until he was earnest with her that they finally got to do the do. By the way, Kale isn’t really delivering for me so far. You know, I’ve wanted this for so long, and now that I have it, Dyson and Lauren (Dauren? Lyson? Do they even have a couple name yet?) are completely stealing the thunder. Kenzi is her usual Kenzilicious self, but Hale is left in the dust a bit. His character isn’t shining enough this season. Last season, the man was ASH. Do I need to remind you? He was the leader of the Light Fae. Even without the title, the man still comes from a prominent Light Fae family. Give him some swag!