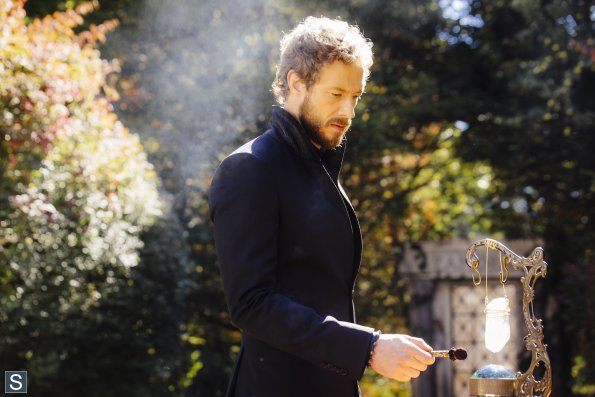 I need Bo to get off drugs. Pronto. Rainer is a drug to her, and I just don’t like it. I’ve complained to you before how I hate this love-drunk, princess, naive girl that’s she’s become. How many times do you have to hear “death and destruction” before you get it?

Anyway, we have Hale’s funeral. I’m not a fan of Dyson’s speech. It didn’t sound genuine to me. I mean, how many friends does Dyson have, because Hale’s with him ALL THE TIME. Couldn’t he have cried or talked about their memories together? The dialogue was just too old-fable-storybook for it to be taken seriously. Of course, their bromance has been understated this season. In the first episode, Dyson and Kenzi were fooling around behind Hale’s back, and they haven’t been doing their Dale tag-teaming missions the way they used too. 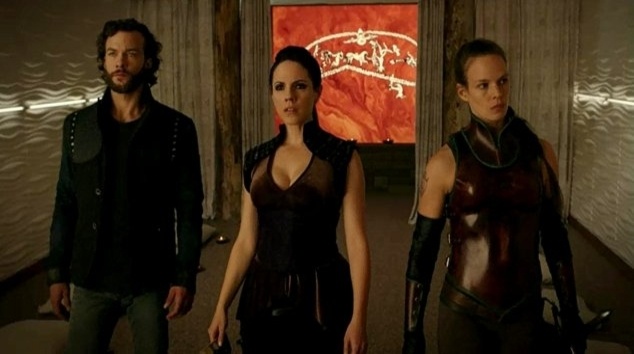 Kenzi is a hot mess all episode. She seems to be the only person truly mourning for Hale’s death, and the girl is going through the thick of it. Bo says she’ll be there for Kenzi, but she runs off to find out more about this whole Rainer/ her father thing after it’s revealed that Rainer will die in seven days. Oh, we find out who Bo’s father is: someone called the Pyrippus (something with horses).

Back to Kenzi, the poor child is spiraling downwards. She commandeers Vex to help her in killing Massimo, since Bo and Dyson stopped her earlier—complete fail with some wonky twists. Turns out, Massimo belongs to Vex. Shocking, I know, and on top of that Vex has an Instagram! Anyway, that isn’t even the biggest balloon popped. Massimo is the Morrigan’s son (and they kissed on the lips! Ewwww!). Close your mouth.

Speaking of the Morrigan, she and Lauren spend some time between the sheets, and Lauren proves to be badass in more ways than one! Remember that DNA Lauren got from her kiss with the Morrigan a few episodes back? Well, she uses that to concoct an elixir that turns the Morrigan into a HUMAN. (By the way, Fae women don’t get their periods apparently. So, how do they have children? They also don’t sweat either. Now, I’m trying to remember if I’ve ever seen Bo sweat or make a joke about periods.) I think Lauren’s reasoning for this is that she overheard the Morrigan saying Bo was a threat after she and Rainer murdered the Una Mens. While it’s nice to see Lauren wearing her Team Bo jersey, I prefer the Morrigan as Fae. She’s much more scary. 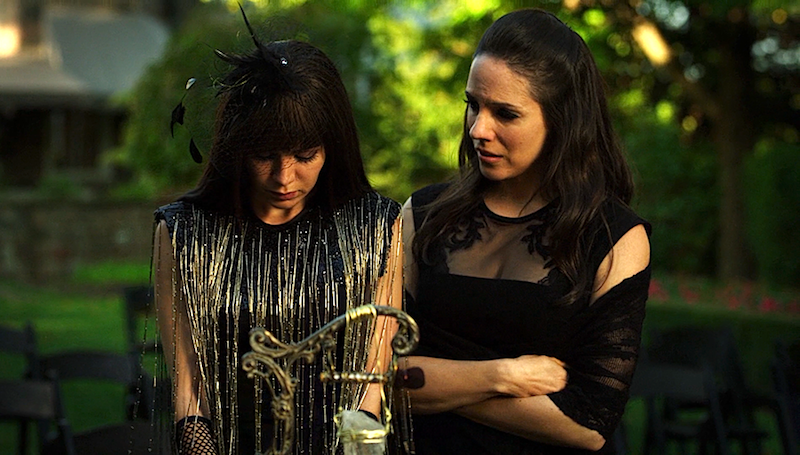 Feeling completely useless and betrayed by everyone, Kenzi demands that Bo unclaim her. Bo does just this, then goes off to do something crazy. She holds a handfasting ceremony with Rainer (it’s old school talk for a wedding, kiddos). This is done to fulfill some prophecy to keep Rainer alive. Little does Bo know, that this act results in the releasing of the Lord of Darkness, the true term referring to her father. (Lord of Darkness = Lord of the Dark = the Dark Lord = Voldemort = Bo’s dad is Voldemort.) Her father is said to unleash havoc on the world and destroy the Fae, or you know, like that chick warned Bo, “bring death and destruction.” I guess she wouldn’t be the Bo we all know and love if she actually listened to warnings.

Massimo kidnaps Lauren, and eats the Origin seed. It’s the seed that the power of the Una Mens flowed into when they died. Awesome. Don’t you just love it when psychos go all Superman?

Next episode is going to blow my brains out. I can feel it. It’s going to be one hell of a season finale.