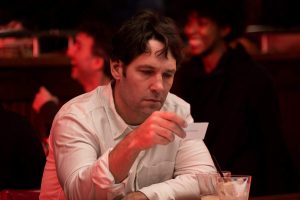 Living With Yourself  Is Depressing

Living with Yourself turned out to be an excellent show, full of poignant moments, that, if I may be a little personal here, ruined my mood. During the first episode, I was joyful at the hilarious and very dark sci-fi premise presented. By the third, the show’s unflinching look at how a life can sometimes not lead itself as you wanted crawled under my skin and made me reflect on my own unfinished projects and demeanor.

Which is a testament, perhaps, to the writing of this show and how well it presents characters. Our protagonist is not a bad person, he’s just a person who’s not quite treating himself with the respect that he should and has essentially given up on life. The very first scene with him (after the dramatic interest-grabbing “buried alive” bit) has him somewhat envying a fly that he’s rapidly killed.

The show is touted as a comedy-drama, and with Paul Rudd doing two roles, you’d think Living with Yourself would be a quirkier comedy—but, with how I reacted to it, and the general mood of the later episodes, this is not a funny show. 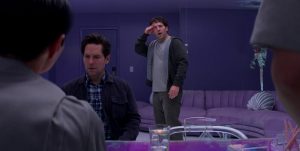 Living With Yourself Is Underlyingly Philosophical

This is a dark, Black Mirror style reflection on self-destructive tendencies, self-hatred, and existential terror.

And the fact that Paul Rudd is pulling it off as well as he is highlights his strength as an actor. He presents both sides of the plot expertly. As a confident, joyful, powerfully self-assured man with a lot to live for, and the previously mentioned burlap sack schlub. This truly is a one-man show, with “two” men.

Sure, the wife, played by Aisling Bea, who does a very realistic portrayal of a put-upon but self-made worker helps reinforce the themes of self-improvement that the show hammers on, and the monologue from Jerry Adler in episode three is haunting, but the show knows where the focus lies.

Living With Yourself Knows What It Wants To Be

And that’s really where all the strength of the series goes: its focus. On theme, on plot, on ideas. This is a tightly told story that breezes past the sillier logistics of its premise to deliver perhaps an important message. Maybe it’s just me, but I found, after being led to look at myself in the mirror a little too long metaphorically, that I wanted to be a better version of myself. Not through cloning, but through simple actions of being who I should be.

And media that can both entertain and inspire like that is a good show indeed. So, yes, watch Living with Yourself. It’s excellent television, but quite the opposite of escapism. 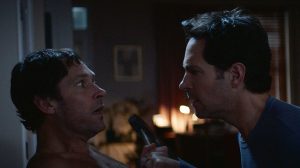