I first heard of Life is Strange on YouTube where I saw multiple gaming channels posting Let’s Plays. I was intrigued because I’m a sucker for a good point-and-click mystery. After watching around twenty minutes of gameplay I was absolutely hooked, so I was thrilled when I got to play the game in its entirety.

Life is Strange comes from Square Enix and Dontnod Entertainment. It was originally released throughout 2015 as five separate episodes, but is now available as a collection for PlayStation 3 and 4, Xbox 360 and One and PC.

The story follows high school senior Max Caufield as she tries to navigate her new life in an old town. Max attends a prestigious art school, Blackwell Academy, in her hometown of Arcadia Bay, Oregon five years after she moved away. Blackwell is filled with a variety of personalities but is overshadowed by its loyalty to those with money and the mystery of a missing student. If that weren’t enough for Max, after a moment of intense emotion she finds that she has the ability to rewind time. This mechanic allows the player to redo conversations and reverse decisions that ultimately impact the gameplay and its conclusion. Max teams up with her old pal Chloe and together they take on the strange happenings that surround them. 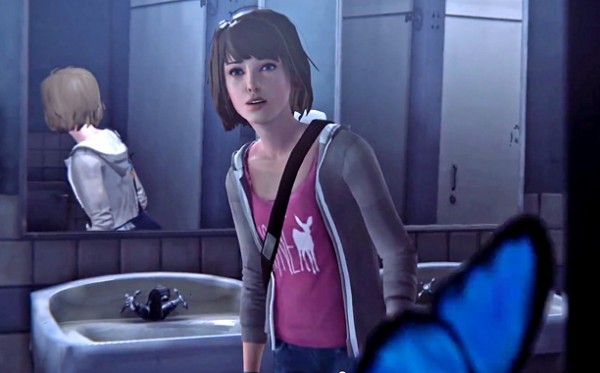 I know I said I’m a sucker for a good point-and-click but I do mean it has to be good. I’m not going to spend $20 on something that’s just okay. Let me tell you, spend your money. All of it. This is so, so worth it.

The game is really what you want it to be. Your decisions will dictate your interactions and the way you play can affect so much. The rewind powers are wonderfully done in a way that they don’t feel like a cheat but as a minor asset that still leaves it up to you to play the game. The dialogue can be cringeworthy at times, but it still captures the reality of a girl and her best friend. Watching Chloe and Max made me ache, because it was such a strong connection, a real bond unfolding on screen. I loved digging for clues in the scummy hallways of dormitories and high school bathrooms and using my rewind power just to sound the perfect amount of snarky to the class witch. There were moments when a big decision appeared and I sat with my controller and verbally debated the pros and cons with myself. The ending, though maybe not universally liked, thrilled me. Life is Strange is one of those games that will leave you thinking about it for weeks after its over.

If you enjoyed Carly’s life, you can find the rest of her work right HERE on Sci-Fi Bloggers. You can also follow her on Twitter @MrsCarlyRodgers.