In a short period of time, the League of Legends Championship Series obtained and lost its first female player. Maria Creverling, better known as Remilia, and her team, the LA Renegades, qualified for the series after winning against Team Coast at the North American League of Legends Challenger Series. This meant that they qualified for the LCS and all achieved professional status. The unfortunate news is that Remilia may retire without playing one game at the professional level. 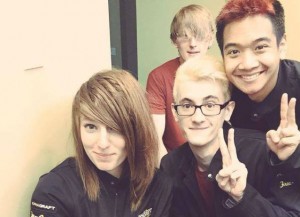 Remilia took to the team’s official subreddit to address the situation. She stated simply that “competition doesn’t mean much to me.” She just wanted to help her team reach LCS status and become the first woman to do so. BAM! Goal achieved. She felt that it was no longer in her best interest to continue with competition. The subreddit r/Renegades has been plastered with love and support and also pleas to continue.

In the comments section of the same post she mentions that she’s merely weighing her options because some things are “just looking so much better,” and deciding if its a “financially viable option” to continue playing. Regardless, fans have been mostly supportive of her decisions. Mostly, as we all know the trolls that seem to hide in the nooks of the internet.

The comments of YouTube are plastered with disturbing threats. On 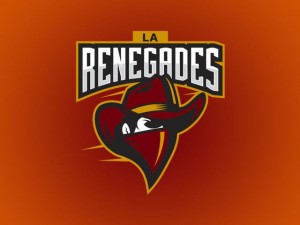 Twitch it’s mostly just sexist bull***t. On Reddit and Twitter it’s more of the same, but we won’t focus on that here. However, I will offer my sincere congratulations to the Renegades and I encourage the entire team to ignore the ignorant chatter and continue their upward journey to success.

So Remilia did it on her terms and there’s nothing wrong with bowing out. She achieved her goal and made it to the LCS and now it’s possible she’s on to bigger and better things.

If you enjoyed our resident renegade, Carly, you can find the rest of her work right HERE on Sci-Fi Bloggers. You can also follow her on Twitter @MrsCarlyRodgers.