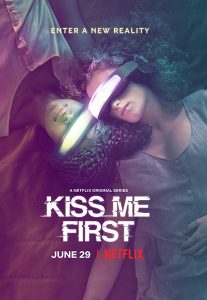 Kiss Me First Is More Than Romance

Kiss Me First is what might happen if you take the plot of a Black Mirror episode and expand it out into a full show. It’s looking at the Oasis and its avatars from Ready Player One and deciding to scale that down for television. It’s a blend of various elements that somehow comes out to an engrossing and dark story set in a realistic future.

But let’s get some clarity here. Kiss Me First, despite that title, revolves around a virtual reality game that swept society. So, it’s sci-fi. It’s also, technically, an alternate history story. Within the first three episodes, we see the game has somehow become a Google analog and maybe even slightly a Facebook analog. And the implications alone would be fascinating, but it’s not ultimately what the show uses this idea to explore.

Instead, it’s how a game, or the internet, or anything of that ilk, can connect people who have had traumatic life experiences. However, unlike some movies or shows, it doesn’t do this in a positive light. All the characters are broken, yes—and in distressing ways—but they are also being manipulated. Kiss Me First is a lot of genres, and one is horror, and creeping horror at that. As the show progresses, it becomes a duel between our increasingly devious and perhaps even sociopathic lead and a much worse villain, whose weapons and tactics are sometimes frightfully within the realms of reality.

Turns Out Kiss Me First Is Pretty Horrifying

Palpable tension permeates this show. Camera angles and shots can be creeping and jolting. And that’s only to talk of the live-action parts. As I alluded to before, Kiss Me First has a good chunk of its run-time spent in virtual spaces, with video game avatars made to look human. If I were the one given the pitch for this show, on a television budget, I’d be dubious—but Kiss Me First proves that it not only has the chops to compose a video game world that seems genuinely fun to play but also manages impressive subtle details with fully CGI characters. A lot of faith must have been thrown at this.

And it pays off.

Kiss Me First Has A Stunning CGI World To Show

It’s always a good sign when I want to continue a show past the episodes I watch for reviews—and Kiss Me First has so much set up and intrigue left to explore that it earns that distinction. It’s dark, it’s nasty, it’s not for kids, and might be rather upsetting for some people—but, if you can stomach it, you’re looking at a thriller that will grab you and drag you into its twisted plot made of broken and likely doomed people. 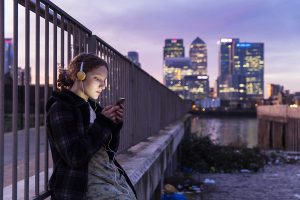