This is a piece on the psychological implications of virtual reality and thus it relies heavily on certain findings and beliefs held by the psychiatric community. Please be advised that if you hold beliefs that differ from those of said community that that is the basis of this particular article. We feature many different viewpoints on this site, that is one of our selling points. You are recommended to use discretion when reading any article on our site that attempts to explore deeper concepts such as this. Thank you.

If you haven’t been watching iZombie, let me bring you up to speed on one of the major subplots.

Blaine, he’s a zombie, and a bad guy (a good one, a fun to watch one, a good bad guy). Blaine has gone around Seattle making zombies out of the rich and famous, forcing them to pay exorbitant sums of money for brains or else succumb to what Liv Moore (funny name, if you think about it) calls “full-on zombie mode.” In other words, they need these brains to survive. 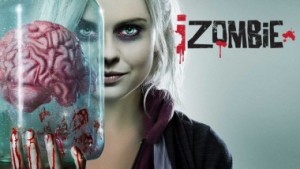 During a recent episode in a certain season (for you see, this is where potential spoilers end) someone tells Liv that Blaine’s workers get the brain equivalent of sloppy seconds. That is, Blaine’s “clients” get the brains that give them amazing visions of the brain’s previous owner’s life. They get to experience adventure, excitement, even the sensation of walking on the Moon (ok, one more minor spoiler there). Blaine’s employees, who are also, naturally, zombies and are therefore equally dependent on Blaine’s product, get brains filled with terrifying visions—murder victims, rape, etc. These visions are actually psychologically scarring.

The same day I watched this episode with my wife over dinner (why we eat dinner while watching a zombie show I couldn’t tell you), I came across an article on uncrate.com about something called the teslasuit.

Essentially, it’s a suit that, when paired with a VR headset, would give the user a totally immersive virtual reality experience—sight, sound, touch. Full-body sensation. In other words, realistic visions of another life. 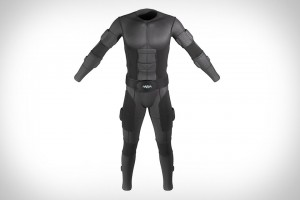 Should the teslasuit actually make it onto market, I believe the company is going to make a fortune, much like Blaine’s on iZombie. Because, hey, it’s a great model. People paying for premium content isn’t new, and the formula doesn’t really need to change, not for the people making the money, anyway. It’s capitalism, through and through. But this isn’t a post about capitalism, it’s a post about all of us. I’ll tell you why. My assumption is this: virtual reality is going to become a part of the way we live, work, train, and communicate. It’s also going to become a part of the way we play video games. And, I think this might be dangerous.

Video games have become increasingly life-like, increasingly complex, and increasingly rewarding. Because of this, video games are now widely believed to be addictive. “Researchers at Hammersmith Hospital in London conducted a study in 2005 which found that dopamine levels in players’ brains doubled while they were playing.” Dopamine is a key factor here. It’s released by a number of things, from drugs, to rewarding activities. “All drugs of abuse, from nicotine to heroin, cause a particularly powerful surge of dopamine in the nucleus accumbens. The likelihood that the use of a drug or participation in a rewarding activity will lead to addiction is directly linked to the speed with which it promotes dopamine release, the intensity of that release, and the reliability of that release.”

Virtual reality video-gaming will be an even more intense, and an even more reliable means of surging the brain with dopamine, which affects the pleasure circuit in the brain and can cause addiction.

Addiction, simply put, is when your brain tells you that you need this to survive. Blaine’s zombies need those brains to survive, whatever the vision content they produce. They actually do need them to survive. We don’t need video games to survive, but if addicted, our brains will tell us that we do need them. And that’s what scares me. Much like new drug users are given premium content to get them hooked and are then often subsequently given inferior, even more harmful product after they’ve become addicted (because, hey, they’ll pay for it now, won’t they?), Blaine could easily start giving out the psychologically damaging brains to everyone, unless they agree to pay out even more of their hard-earned dollars. Premium payment for premium content works fine when it’s a book bundle deal with tiered pricing, but when we’re talking about an immersive experience that may radically change the way we interact with the world and with each other, an experience that will, in time, prove to be even more addicting that non-VR video games, the results might be truly terrifying. 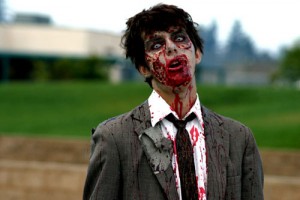 Before long, VR will not only be available to the general public, but will perhaps be an integral part of daily life, and we’ll all either adapt to this or get left behind.

Video games are already addicting, but when it’s this wholly other, visceral experience that VR will provide, our level of need is bound to go up. Those who produce VR content will have us by the short ones, just like Blaine does of the rich and famous zombies of Seattle. We need to keep our brains safe is really all I’m saying. We need to take care of ourselves so that VR doesn’t turn us into zombies who need VR experiences to function. It’s criminal to think that the ultimate quality of our VR lives (if we do all, indeed, become connected to our digital worlds in this all new way through virtual reality) will be determined by how much we can afford.

Life’s quality shouldn’t be based solely on our income. Can you imagine your virtual life having an intentional lag time because you didn’t pay for a premium subscription? Can you imagine your teslasuit only giving you one third the physical sensation that it could be giving you, unless you pay a higher fee? Don’t get so sucked into your virtual life that, if you can’t afford next month’s downloadable content, you go “full-on zombie mode.”

This is a guest piece written by author Collin Pearman. His novel, A Timeless Abandon, was reviewed by our site and is available online today.