Just because they haven’t flew above our heads and crashed in an open field doesn’t mean that we can’t appreciate UFOs on the big screen. Although it is practically impossible to reduce a list of endless cool spaceships to just ten, every individual is entitled to his or her own opinion and this is mine. From the recent blockbuster Prometheus (2012) to the anime Outlaw Star (1998), here are 10 creative spaceships that have left a mark in my sci-fi heart.

Doctor Who fans, unite! A time machine and spaceship hidden under the clever façade of a 1960s-style London police box, it will be a shocker for everyone if this brilliant bioship did not make every other list out there. 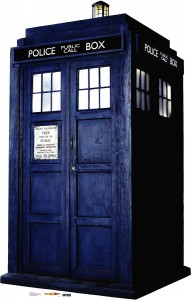 There were too many great looking spacecrafts to choose from but since each day of the week represents a different mothership, Wednesday’s winner is the well-deserved Battlestar Pegasus! Appearing in both the original 1978 series as well as the re-imagined 2004 series, it is safe to say that at least one spaceship from this great series deserves a high spot on any fan list.

Space: the final frontier. These are the voyages of the starship Enterprise. Its five-year mission: to explore strange new worlds, to seek out new life and new civilizations, to boldly go where no man has gone before. One of the most iconic starships to date, the introduction of this marvel in Star Trek’s 1965 episode “The Cage” achieved many jaw-drops. Art Direction Matt Jefferies himself coined the Enterprise to be “aircraft logic” and its permanent spot under the limelight is definitely logical to most of us. 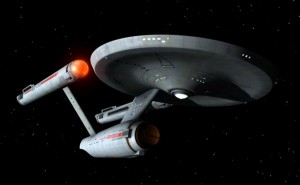 Yet another Star Trek masterpiece, I just couldn’t leave this baby excluded from the list. First featured in the episode “The Search” from Star Trek: Deep Space Nine (1994), characters in the series itself have described the ship to be one of the most “heavily armed warships in the Quadrant.” Tough, armed for battle and well designed to boot, the Defiant is worth the mention. 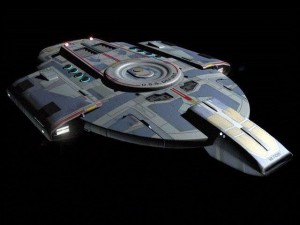 Tons of anime series have given birth to some of the most complex and best-looking spaceships. Thus, it would be unfair not to include some favorites in this small list. The XGP15A-II from Outlaw Star (1998) is deemed as “the fastest, most advanced ship in the galaxy.” Fast, powerful and a “grappler ship” – a spaceship with manipulator arms modified for combat purposes – the polished red finish just tops it all off. 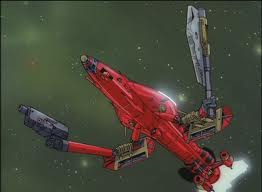 A Japanese sci-fi anime with the spaceship of the same name, the Yamato blew viewers away with its exterior and interior design. From rocket anchors to shock cannons, this was a complex but marvelous vessel especially given the fact that the anime aired during the 1970s.

Pandorum (2009) may not have achieved their desired ratings but the sleeper ship Elysium caught my attention. Massive with an interior that is quite well designed, the ship’s outer appearance takes a unique spiral-like form that deserves a degree of acknowledgment.

Ferrying a skilled and diverse crew of bounty hunters, the Bebop from Cowboy Bebop (1998-1999) is a notable spaceship that culminates a fantastic anime series for all sci-fi fans out there. Complete with a living room, kitchen and different quarters, this homely vessel is yet another honorable mention. 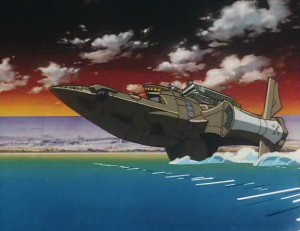 After watching our latest sci-fi blockbuster, I went away fairly impressed with the storyline although a lot of questions remained unanswered. Despite being lost in thoughts, Prometheus itself was a great looking vessel and acts as proof for the accomplishments of today’s modern graphics and technology. 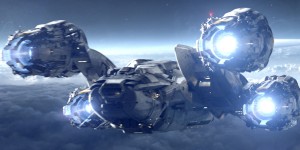 My list wouldn’t be complete without paying a little tribute to Futurama. The Planet Express Ship plays a significant role throughout the series, well armed and capable of traveling faster than the speed of light. All in all, Professor Farnsworth did create a decent looking delivery craft. 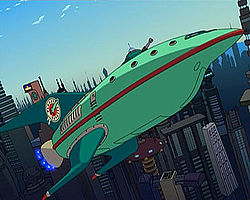 What are some of your favorite spaceships?