Iron Man 3 arrived in theaters in a rather peculiar position. Coming hot off the heels of last year’s phenomenon The Avengers, the movie needed to act as both a sequel to the original two Iron Man films while also bridge the gap between The Avengers and kick-start the series of films that will culminate in 2015’s Age of Ultron. It definitely plays to this desire, as the events of The Avengers are mentioned and weigh heavily on our protagonists mental state. Having said that, this is obviously a stand-alone feature meant to answer whether our character has any worth outside of his titular creation. This was a fascinating approach to take but the movie itself ultimately disappoints due to several elements pertaining to the actual plot.

The film picks up on last year’s mega-hit superhero team up with Tony Stark (Robert Downey Jr.) suffering from some serious Post-Traumatic Distress after surviving an encounter with a wormhole into the far reaches of space. He has trouble sleeping and further connecting with live-in best gal Pepper Potts (Gwyneth Paltrow) following the consummation of their relationship in Iron Man 2 and her brief appearance in The Avengers. To cope, he has buried himself in his lab building suits. His vulnerable state is capitalized upon by a mysterious terrorist figure named The Mandarin (Ben Kinglsey), who has ties with a person from Tony’s past named Aldrich Killian (Guy Pearce). His house is soon destroyed and Tony is forced to rely on his wits if he is to make it out alive. 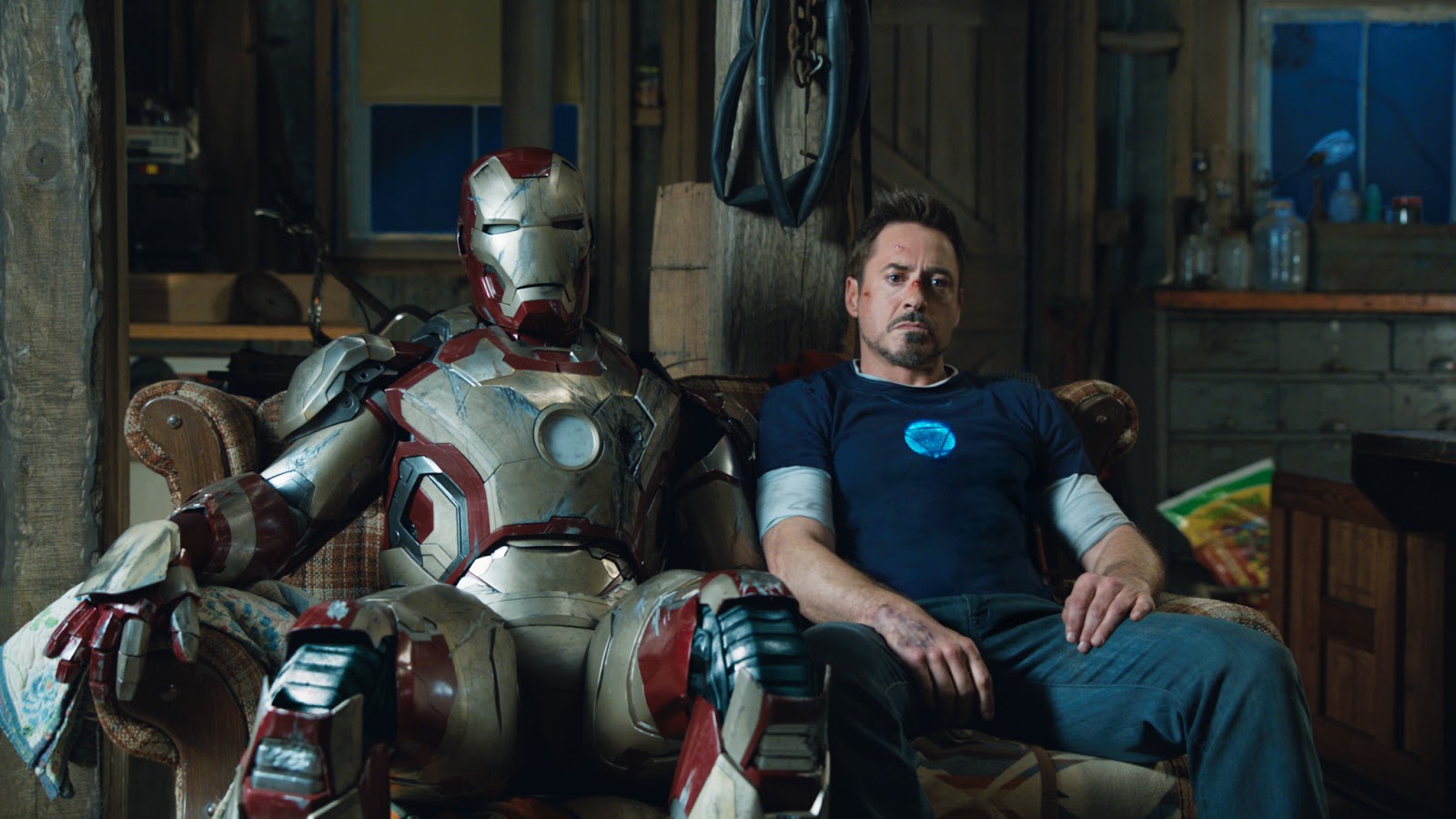 Robert Downey Jr. is great in the title role, as always, but I sense a troubling trend that’s taking shape in the state of these Marvel movies. They seem to feel like they need to be light on their feet and thus can’t help but feeling overly jokey. It worked in The Avengers and the first two Iron Man movies (although 2 is fairly lackluster besides), but it becomes somewhat grating here. This especially comes to light in the climactic moments when a certain character’s fate is in doubt, and Tony Stark relies on witty banter once again. It makes sense, as it is his overall defining character trait to deflect all real problems, but it seems to ruin all investment we could possibly have in his character. I yearn for the days of the original Iron Man film’s Tony Stark, a man who found himself as the only person in a position to do what is right. Here, he constantly put all those close to him in danger and ultimately doesn’t learn from his mistakes. I do like how the end of the movie wraps up its central question, though, being whether it is Tony Stark that makes Iron Man or the other way around.

The movie is incredibly controversial in how it dealt with the character of The Mandarin. I don’t know a singly solitary fact about The Mandarin so I can’t speak to whether they really screwed things up in terms of potential. I can say that what they had built up in the film’s first half in terms of the shadowy villain is much better than what is given to us in the film’s climax in terms of a main antagonist. Sure, it has a lot to say regarding how people can use these shadowy evil figures as smoke screens for the real perpetrators, but the overall scheme and how it is enacted feels sloppy, rushed and small scale in terms of importance. It is not befitting of a superhero’s third adventure. 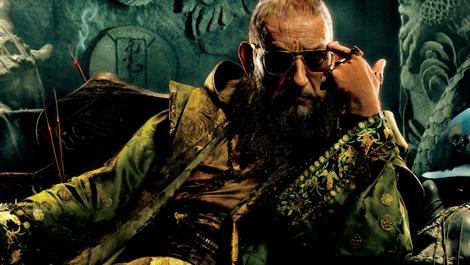 Speaking of the finale, however, I did enjoy the buddy cop scenario that comes to the fore between Tony Stark and Rhodey (Don Cheadle). It’s done in true Lethal Weapon style by one of the masters of the buddy cop genre himself in co-writer/director Shane Black (the writer of Lethal Weapon).

Iron Man 3 is a fun summer action movie, but nothing more. The most interesting thing I can say about it is that it leaves its protagonist in doubt as to where he will go from here and into The Avengers: Age of Ultron.