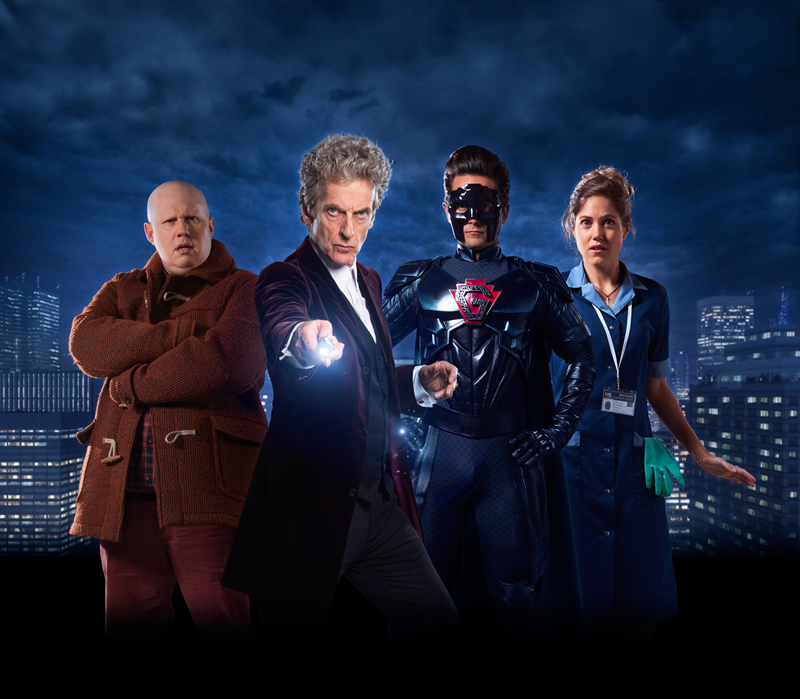 Have a sci-fi holiday with the New Doctor Who Christmas special: The Return of Doctor Mysterio! Showing for 2 nights only December 27th and 29th at a theater near you and presented by BBC World Wide North America and Fathom Events.

Check out the trailer and more info below and visit the Fathom Events website or Fandango for details and tickets.

The New Doctor Who Christmas Special, ‘The Return of Doctor Mysterio,’ in Cinemas for Two Nights Only December 27 & 29

BBC Worldwide North America and Fathom Events announce their last theatrical event of 2016, the Doctor Who Christmas Special, “The Return of Doctor Mysterio,” in movie theaters nationwide for two nights only on Tuesday, December 27 and Thursday, December 29, 2016 at 7:00 p.m. local time both days.

The event will include the full 60-minute special plus two exclusive bonus features, A New Kind of Superhero, giving a special inside look at Doctor Who’s concept of a modern superhero, and a special Christmas Doctor Who Extra, showing the making of this year’s special, with appearances by stars Peter Capaldi and Matt Lucas, and showrunner and executive producer Steven Moffat.