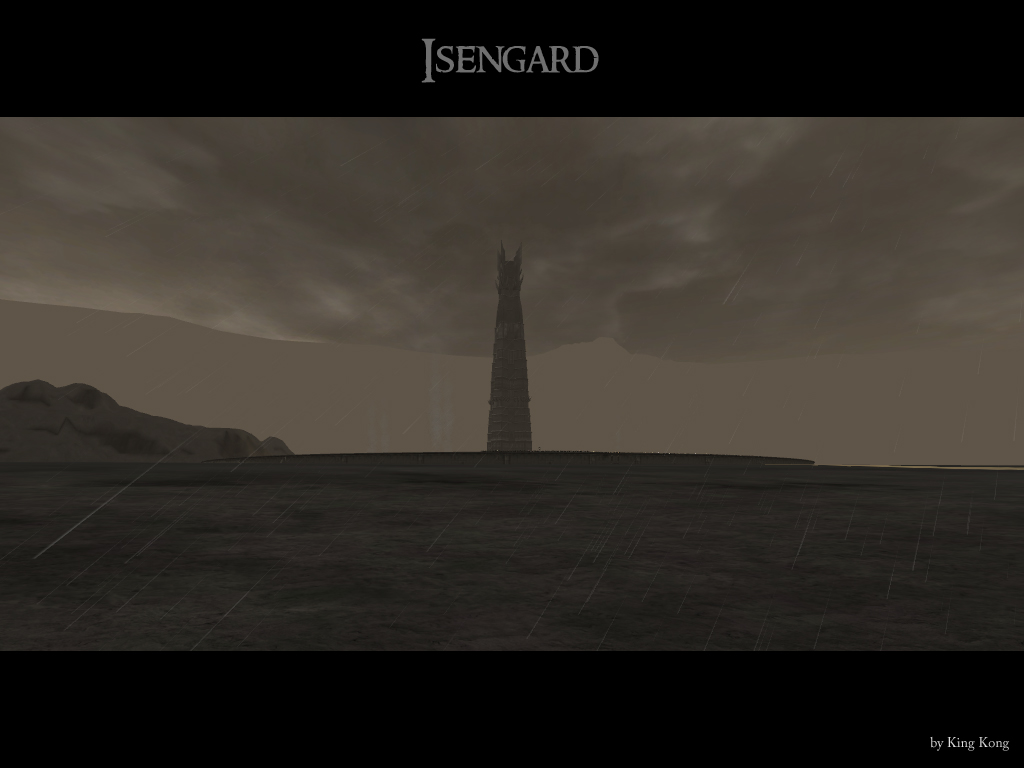 Medieval II Total War was released in 2006.  It is a turn based historical warfare game that also allows the player to control his/her units in real time battles.  Since it’s release however, there have been many mods for the Total War games.  One such mod is The Third Age.  This mod completely converts the game into Tolkien’s Middle Earth.  Rather than playing as England, France, etc, now you can play as Gondor, Mordor, the Dwarves, Dale, Isengard, the Free Peoples of Eriador, the High Elves, the Silvan Elves, the Orcs of Gundabad, the Orcs of the Misty Mountains, Rhun, Harad, and Rohan.

The latest edition of the Third Age is version 3.2.  This version is substantially better than the previous versions and is incredibly easy to download as well.  As long as you have Medieval II Total War and look it up online, you shouldn’t have any difficulties getting it to work.

Like the game it’s based off of, The Third Age is a turn based strategy game where you move armies and manage your cities and castles.  You can use armies to siege enemy settlements and expand your lands, or defend strategic castles, towns, or chokepoints.  When two or more armies engage, you are able to either autoresolve the battle, or enter the battle map and command your forces.

If you’re really looking for a challenge then play as Isengard.  It is one of the weakest factions in the game,  and it has very powerful enemies just to the south (Rohan and Gondor).  It’s terrible starting position gives you three settlements, of which the only good one is Isengard itself.  The first thing you’re going to want to do is upgrade Isengard’s military capacity (by building a barracks).  Do not attack Fangorn (even if you get a mission telling you to, unless it offers you some of the best military units currently available).  You need to focus on the economy of your two towns and military in Isengard.  Send units to take North and South Tharbad (to the west) as quickly as possible.  Do not attack Rohan, and do not move south.  You will want to make an alliance with the orcs to the north and Mordor as quickly as possible.  You will need to go to war with the Free Peoples of Eriador and eventually the High Elves.

It will be hard to fight the High Elves because they have tough units and for a while all you have are crappy snagga skirmishers and the weakest forms of Uruk Hai.  You will need to use Berserkers.  You get one every twenty turns with a barracks and they are a very powerful unit.  Another bad thing about Isengard is that you won’t have any cavalry for a long time.  If you send a general up north along the west side of the misty mountains then you should be able to recruit some light cavalry mercenaries, which is worth it, but you will have to beware enemy horseman for a long time.

You cannot fight Rohan until you get Uruk Hai Pikeman.  Until that time, fighting Rohan is suicide.  Once you have taken a lot of settlements from the Free Peoples of Eriador, you will need to defend the Shire from the High Elves until you can send large reinforcement armies from Isengard.  Once you’re able to start churning out armies full of Uruk Hai Pikeman and Uruk Hai Swordsmen, you shouldn’t really have any problems destroying your enemies.  It’s all just a matter of time.

Therefore, the main points are to keep Isengard and Duneard defended in case Rohan attacks, to attack the Free Peoples of Eriador, and to hold the Shire against the High Elves.  If you can do that, you shouldn’t have any real problems.