More than ten years ago Peter Jackson brought to life a trilogy that remained engraved forever in the cinema’s history and mostly in our souls: The Lord of The Rings.

Reflecting on the reason of that success, I think that what made those movies incredible masterpieces were mainly two different components.

First of all: the story. The Tolkien’s infinite and genial imagination gave us something never saw before, making us experience an immersion in a total new world with hundred of characters and different invented languages.

The magic of that world, the depth of every single character, the complicate story that was still somehow working when every piece came together, is something we were not used anymore. 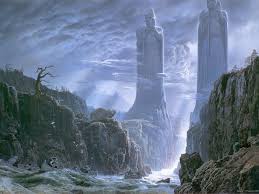 Second of all: the special effects. Being the beginning of the century, movie’s technology was already quite impressive and Sci-Fi genre was earning more respect and attention every year. But what we saw on the screen with Lord of the Rings was an explosion of images and colors that touched our nerves and imaginations, making seem real the most fake of the worlds. 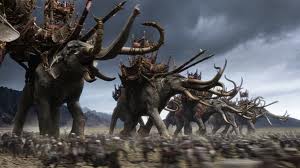 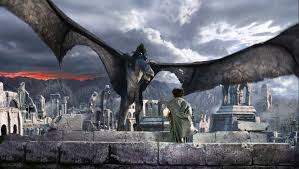 So, if these are the two reasons that made that trilogy a work of art and a star in the movie’s firmament, this are also the exact two same reasons for which The Hobbit trilogy is not up to the expectations so far.

Being the prequel of The Lord of the Rings, The Hobbit narrates the incredible adventures that brought Bilbo Baggins (Frodo’s uncle) to finally grow old in The County hiding the Ring from the world. 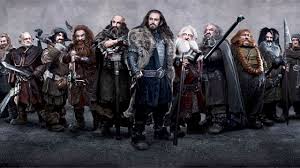 Bilbo’s experience is an incredible journey mixed with dwarfs, elf, orcs and dragons; basically the same Lord of the Rings’ recipe. But the Hobbit misses the target of creating an epic story because built with the wrong means.

The story feels in a way “too fake” with dialogues that go from the complicated and obscure to the comic and stupid; the characters miss that depth and that bright halo that was so evident in the Lord of the Rings ones, and the story looses all its magic. 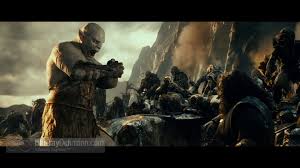 The special effects, being 2012, are very innovative and spectacular, there’s basically nothing that can’t be done with a computer and the 3D is supposed to drag us even more into the screen. Instead though, these techniques just make the whole movie feels too fake; the computer graphic gives us bright colors and invincible characters that basically are all became ninjas and the 3D instead of dragging us inside the screen is a constant reminder that we are watching a movie seated in a theatre with dark big glasses on that makes us look like stupid.

That said, it doesn’t mean that the Hobbit is a very bad movie and I am going to buy the ticket when the third chapter will be released; but I will sure do it with a sense of melancholy and nostalgia in my heart.