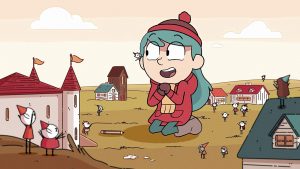 Hilda Is The Absolute Cutest Show

Hilda is made for young children. Yes. Fine. So is Harry Potter and Mario. So, yes, it’s not dark or extreme. And, yeah, you might get odd looks for admitting that you like it—but, if someone gives you flak for it, then send them to this article.

Because Hilda is a cartoon too wholesome for this world.

Now, I hear your concern: that such a show would be too saccharine. But it’s not. It’s just right. Watching Hilda is like going back to when you were a kid and hearing tales of fairies for the first time.

And never once is it condescending. At least not in the first three episodes. It’s just funny and cute and happy. There’re stakes and a real sense of danger, but it’s never too intense, and it’s always whimsical. 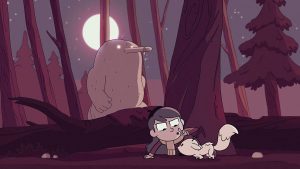 The show does so many things right; I think I’m going to fail to mention them all. Now, sure, the animation is not always perfect—but, at other times, it manages to render scenes so full of meaning and beauty that I was left sitting there feeling something akin to wonder in my cynical movie critic heart.

I would not blame someone for even getting a little teared up from this show.

The way to describe it is cleansing.

Hilda herself is awesome and fun and adorable. A wonderful and relatable role model for kids. She’s a much more realistic child character than most shows ever have.

And she’s surrounded by good stuff, too. 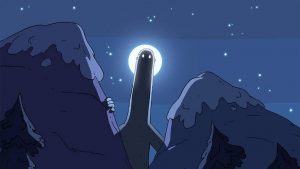 Hilda Has A Good Grasp Of Myth And Folklore

This show is one of monsters and creatures and it does a better job with them than I would have expected. Actual lore. Logical magic. Established rules. Sure, some stuff is comedic and goofy and more child-oriented, but it’s got a fantasy world that’s lived-in and unique.

Some creatures, like a man made of wood, feel like truly alien beings. They talk and act and move with a unique flow that makes them different. None of that “just humans with odd proportions or facial structure” thing. Which makes it all the lovelier when Hilda manages to bridge gaps and strike up empathetic connections with these creatures. 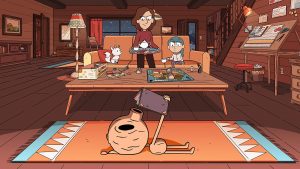 Hilda Is Educational In A Fantastic And Subtle Way

This show is just so good for kids.

And, even as an adult who’s seen a lot of stories, besides one instance of convenient life-saving, it’s still a refreshing tale devoid of several clichés. Sure, it’s not full of mind-bending twists, but it’s still good enough to be engaging.

And, again, it’s just sweet. It’s got the warmth I would expect from a Christmas special. Seriously, I don’t care how old you are, give this a watch. The world has enough darkness and cynicism. If you’re like me at all, you sometimes need a break from that relentless tension.

I say this with the utmost seriousness, watch at least some of this show. I can pretty much guarantee Hilda can cheer anyone up for a little while. 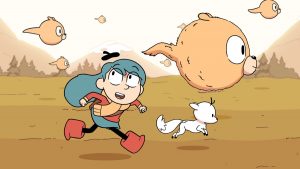