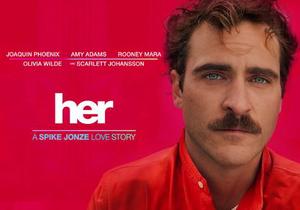 Every so often, a movie comes along that seems like it’s a perfect idea coming at just the right time. It’s a wonderful feeling. You see trailers for these kinds of pictures and your mind buzzes immediately with the possibilities of what this movie can offer. Armed with a stellar cast, can’t miss premise, and great talent behind the camera, Her is one of these films. I will most surely be in the theater upon its release and here are a few reasons as to why you should be very interested as well.

Her is about Theodore, a lonely writer still going through the pangs of a recent divorce. He purchases an operating system designed to grant his every request. It bears a female’s voice and goes by the name of Samantha. A relationship develops between the two and Theodore finds himself enamored with Samantha, perhaps even in love.

The film stars Joaquin Phoenix as Theodore, fresh off his Academy Award nomination for Best Actor in Paul Thomas Anderson’s enigmatic The Master. Her continues his trend of picking challenging and risky material without risking overexposure. I cannot get enough of his work and even if he may view the awards season as a crock, hopefully he finally gets the recognition he deserves in that respect. Her also stars Rooney Mara, who was excelling in this year’s psychological thriller Side Effects, playing Theodore’s ex-wife and Amy Adams has a part as well as a confidante for Theodore judging by the trailer. Last but not least in the principal cast is Scarlett Johansson as Samantha, armed with the task of lending her voice to the artificial intelligence. 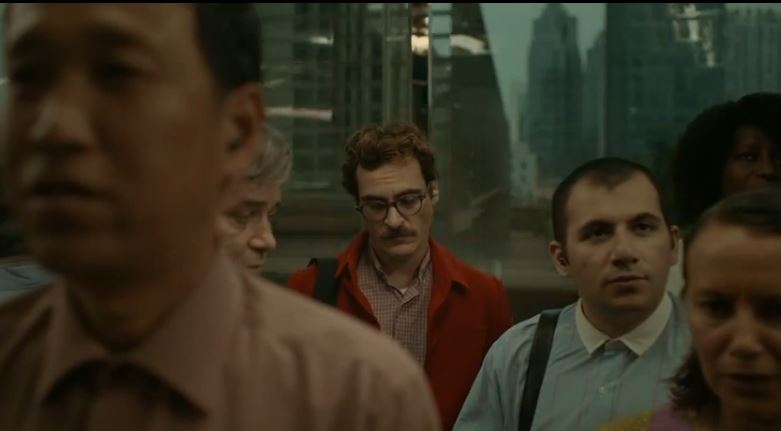 Behind the camera is writer-director Spike Jonze, whose filmography as a director up to this point has been nothing but extraordinary. His debut film Being John Malkovich is a zany head-trip well worth revisiting time and time again. Adaptation marks Nicolas Cage’s best performance and feature film to date playing real-life screenwriter Charlie Kaufman (writer of the film itself) and his fictional twin brother. His third and most recent film, an adaptation of Maurice Sendak’s Where The Wild Things Are was a perfect meditation on what the experience of being a child can feel like. All three of these films express a creativity rarely seen and a vision of projecting them on screen in the right way. Jonze’s resume is enough to get me excited for any movie he makes, but making a love story about a man and his computer just seems like the perfect route to take for a filmmaker whose work up to this point could be called unconventional to say the least.

The concept of a love story between man and machine really speaks to a time where a good chunk of our communication is done through various technological apparatuses. What if the other person on the end of communication was removed and instead we could actually carry on entire conversations with those built to serve our every need? Would that be preferable? Is it merely a delusion that a machine built to serve can truly love us back? That last question is similar to some of the themes explored in A.I. – a film I briefly touched on a few weeks back – but that movie dealt with love between parent and child whereas Her tackles this from the standpoint of romantic love. I don’t know if those would be the overall questions the movie raises, but these are the ones that spring to my mind when I consider the possibilities that this movie could explore. 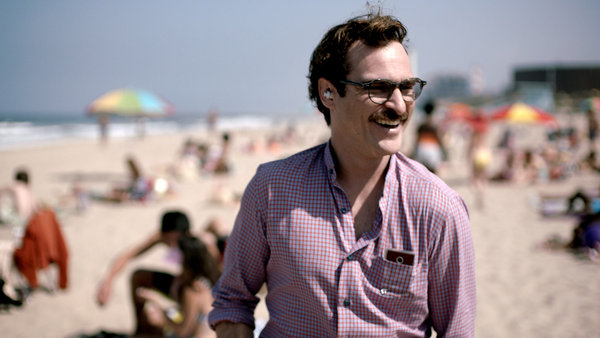 Hopefully, Her turns out to be as special a picture as its concept implies and its creative team deserves. Make sure you check it out once it is released on December 8th.