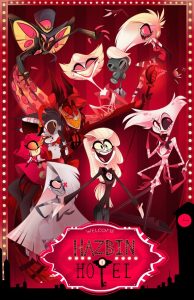 Hazbin Hotel Is Worth The Year of Hype

From just the original song “Inside of every Demon is a Rainbow,” Hazbin Hotel had so much promise. It was made by a small team, posted online, but with gorgeous animation, stellar voice work, and an aesthetic that is both detailed and imaginative—which all meant I was excited about it from the word go.

And then I watched the first episode.

And discovered that not only was my initial assumption entirely correct, but I had also underestimated the excellent storytelling, characterization, wit, and just how much this show was made for someone like me.

Because the makers of this seem to be taking inspiration from things like Invader Zim, Q of Star Trek fame, and several very well-received adult cartoons. And you can see those inspirations sprinkled throughout.

For instance, like Zim, the backgrounds are dingy and detailed. It’s a lived-in world of slime, blood, and depravity.

It’s a joy to watch.

You really do get a sense of both this being a very real interpretation of what hell might be like (if you’re of the religious belief that it does) while adding unique world-building rules to the proceedings. The addition of extermination to keep down the population, the fact everyone down there are sinners warped into demonic forms to match their sin, and how the layout of the world is literally marked by a pentagram as geography, all make this a hell worthy of being as iconic as Dante’s.

But beautifully realized scenery is for sandbox video games, what of the characters? Well, our Princess of Hell is fantastic, being a bubbly, happy girl without coming off as too naïve or annoying, and her protective and quick to anger girlfriend is both excellent on her own, and fun and cute when they interact as a couple.

Angel Dust, a very R-rated character, whose name alone gives you an idea of his personality, is a demon who’s both hate-able and lovable somehow.

But my standout character, the one who I could not help but be instantly a fan of, is the Radio Demon. A godlike trickster who does things out of boredom, and has seemingly unlimited power—but doesn’t use it much outside of whimsy, anymore anyway, unless provoked.

Which is my favorite character type in fiction. 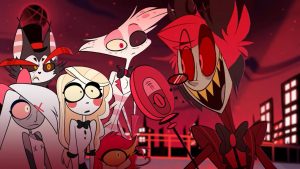 Any show with this will instantly make me happy and make me want to watch it.

But, now, we do have to get to the elephant in the room: this show presents a very real hell. And, by that, I mean characters who are in it are sinners and intrinsically bad people. The show reminds the viewer of this constantly, by including swearing, threats of violence, very offensive statements, and more. It’s not Game of Thrones levels here, but the show is not fit for children. Hazbin Hotel is too lighthearted to be offensive or “scandalous” by nature, and, besides, they are in hell—so clearly they got what they deserved for their actions—but some viewers shouldn’t watch this until they are older, and some will simply not want to see Hazbin Hotel because of it being too dark to jibe with properly.

And, to those people, I understand. You do have to have a mildly sadistic sense of humor for some of this show to be enjoyable. But it’s much more than just dirty and dark jokes. Heart, and creativity, and, even in the first episode, moments of visual inventiveness, passion to the craft of animation, and staggeringly beautiful character drawings, even if sometimes eerie looking, saturate the show. This is a feast for the eyes, the mind, and an animation lover’s soul. 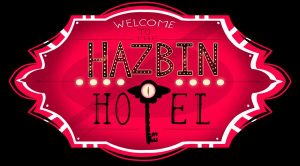