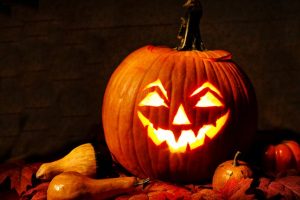 Unlike most of Sci-Fi Blogger’s content, Halloween Highlights is not PG13 and is not child-friendly. The content contained within is of a disturbing nature. Videos and written content may cover or show topics such as violence, gore, sexual themes, dismemberment, and all manner of other frightening and unpleasant things. There will also be swearing and other “naughty” language. If you are of a sensitive nature or do not wish to view or hear this sort of material, then check out a different post. Halloween content of a tamer nature will also be going up on Sci-Fi Bloggers, and we recommend you view that instead.

I’m not kidding. Don’t scroll down if you don’t want to see some seriously messed up stuff.

It’s not often horror has a new idea. Sadly, because most horror relies on universal fears, there tends to be a lot of overlap with things. Horror clichés are perhaps the most well-known clichés in the whole business of cinema. The spooky house. The sound off somewhere. The creepy doll that moves when you’re not looking. Slasher films are so universal and boilerplate—usually—that Scream took the piss out of them for several movies.

But, sometimes, someone is just too damn clever. They make something that is so deeply odd, but also terrifying, that you must wonder how one even manages to obtain that degree of nightmarish imagination. This very briefly existing series of Halloween Highlights (though maybe we’ll bring it back next year) is partially an excuse to share one such video.

The Cat With Hands.

Yeah, that title does not get across how scary it is, and how genius it is.

But it is genius. It takes a lot of skill to condense a story into only a few minutes. Establishing information quickly and without a lot of explaining is something that all films strive for, and, when you have a small time limit, you must be efficient on a whole other scale.

And this video does it perfectly, mostly.

It maybe goofs a little. Just a little. I was disappointed by how obvious it was that the man with the old man was the cat. The hint is not subtle. And I’m not sure they even explain why the two of them traveled to the well—but it doesn’t matter.

Horror can ignore a lot of logic if it is frightening. Scaring is the whole point. And the idea of taking a cute animal like a cat and dialing it into a mind-twistingly horrific monster was brilliant. I’m not going to explain the concept of the Uncanny Valley, but, I’ll supply a link and assure you The Cat with Hands evokes that feeling with expert precision.

The second you see the cat lick its human hands you’re already in deep.

But that’s still not the moment that scared me.

There are a few seconds where the cat’s face changes—widens and morphs—and it is the worst, most horrible thing I have seen in a long time.

And why it’s so awful is because you can’t see it well.

As many, many videos will tell you, the less you see a monster, the better it is. The mind makes personally scarier things than anything special effects can conjure—and my hazy recollection of the cat’s distorted flesh-eating mutation is something that is freaking me out just sitting here typing this for you.

Why does the cat only take one trait from the boy? Why not all? Why not body-steal the boy?

Are both hands from the same person?

Why is it down in the well?

And, I’m not sure I want to know the answer to any of that.

The Cat with Hands takes what should have been simply a moment of dark curiosity and impressive effects and makes it into a lingering-in-the-mind unnatural fable that’s hard to sit through its telling and harder yet to think back on as you go to sleep. 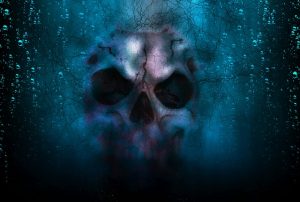