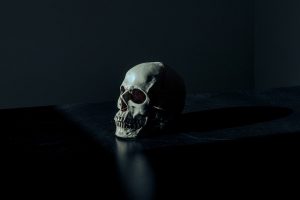 Unlike most of Sci-Fi Blogger’s content, Halloween Highlights is not PG13 and is not child-friendly. The content contained within is of a disturbing nature. Videos and written content may cover or show topics such as violence, gore, sexual themes, dismemberment, and all manner of other frightening and unpleasant things. There will also be swearing and other “naughty” language. If you are of a sensitive nature or do not wish to view or hear this sort of material, then check out a different post. Halloween content of a tamer nature will also be going up on Sci-Fi Bloggers, and we recommend you view that instead.

Halloween Highlights Is Back Everyone!

We’re doing this for a second year! This time I’m focusing Halloween Highlights exclusively on internet animation. And, to start it off, a rough but promising animation called The Dark Harvest.  Not to be confused with the Invader Zim episode of a similar name.

And it’s an interesting one. I try to not be too harsh with stuff made by mostly one person like this because the sheer amount of work that it must have taken to get this made is staggering. The animation, the voice work, the sound design: it’s a lot. Any random janky animation should be given some free rein—and there is a bit. But I’m highlighting this because the story looks fun. I say “looks” because I’m not positive what it is. They never have anyone go and explain what’s happening, despite the main character asking repeatedly, and that’s a decent way to get around the dreaded exposition dump. By the end of it, some of what the plot is gets clarified, and that’s all we can hope for with this kind of modern pilot. 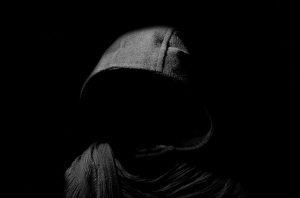 This Halloween Highlight Is For Creative Potential

But what ideas are clear, are interesting. The concept of a family being in charge of reaping, rather than like an organization or a magical group, is a take I haven’t seen—and chopping ghosts with a scythe just looks cool. That said, if we’re not getting a backstory or defined premise, some rules would be nice. I have so many questions about who can see ghosts, and how many scythes exist. Also, more pedantic logistical curiosities: there’s no way that every dead person becomes a ghost like that—one family could never keep up with that many.

The other thing that’s interesting to me is how the creator continuously does little subversions and weird implications without drawing attention. The main character is asleep at six in the afternoon on Halloween? Why? That’s such a weird detail. And the fake-out where an old man is at the door, and you’d assume he was being reaped, but then it turns out that she deals with already dead people only, is clever. It’s tiny things like this that make me want to give it more attention and hopefully give the creator enough support to make another one, so I can get my questions answered.

So, give it a look, a thumbs up, maybe some kind of donation if the creator is asking for one. I think there’s some real potential here. 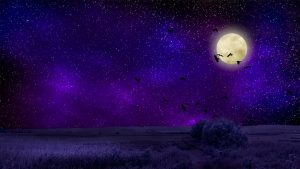