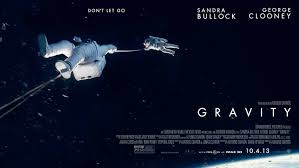 When director Alfonso Cuaron last presented his work to the world, the year was 2006 and the result was Children of Men. An unconventional post-apocalyptic tale where the human race is on its way out due to an epidemic of infertility, the movie was toasted with great reviews but underwhelmed at the box office. I felt it was one of the best films of that year, if not the best (Pan’s Labyrinth being the only other film that reaches the same level of quality in my opinion). It is with that frame of reference and expectation that I look forward to Cuaron’s new film Gravity. Opening this fall, the science-fiction thriller marks the end of a seven-year hiatus for the Mexican filmmaker and it can’t come soon enough.

Gravity takes the basic fear one would have of being lost at sea without any hope of rescue and transports that into space. Sandra Bullock stars as a medical engineer on her very first space mission who must work together with a seasoned astronaut (played by George Clooney) once an accident destroys their space shuttle and leaves the two drifting through space. 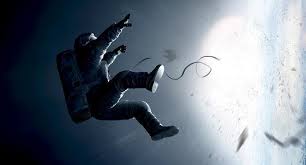 From the look of the film’s IMDB page, the only principal cast listed is Sandra Bullock and George Clooney, other slots on the page being those of characters only be featured through their voices. This promises to tackle the premise solely from the perspective of these two characters lost in space, a terrifying prospect for anyone to be in. I am rather excited to see how this plays out because, to my knowledge, it will be the first time a minimalistic approach will be taken to this material from a narrative standpoint. The only other movie I can think of with a similar story is Apollo 13 (a great movie in its own right) and it will be very interesting to see a movie that follows the experiences of two people trying to survive alone in space against all odds without scenes being punctuated by several NASA agents running around trying to get them back. It can serve to heighten the suspense in a great way.

Another interesting aspect of the film’s production is Cuaron’s desire to shoot the film with incredibly long takes. Apparently, the opening sequence of the movie will be one long uninterrupted shot that runs seventeen minutes long. These long shots are going to be something of a norm for this film too, as I have read that there are only 156 shots in the film’s sub-two hour runtime. 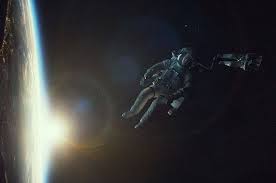 Ambition is something that should be encouraged in any film, and Gravity has that in spades. Judging by the trailer, it also looks to be a suspenseful thrill ride through a place you do not want to get lost in. That is enough to pique my interest alone. The trailer leaves you hooked with its final shot showing an astronaut suit flipping around into the dark abyss of space. However the movie ends, these characters are definitely going to be put through the ringer as the film unfolds.

Be sure to check out Gravity when it comes out on October 4th.