Back in 2013 Gone Home was touted by many as the game of the year. The narrative gem was enjoyed by users of all kinds on PC and Mac but now can be enjoyed by those hoping for a console edition. The game was released on January 16th for PlayStation 4 and Xbox One.

The story of Gone Home begins with a short message left on an answering machine by the character the player takes on, Kaitlin, or Katie, Greenbriar. Katie has been traveling abroad for the past year but will now return to her family’s new home in Oregon in June of 1995. When Katie arrives she finds that the house is totally empty of people, but full of secrets. The player must wind through the large house and pick up items and a variety of clues to piece together what has happened to Katie’s family throughout the years from her disapproving grandfather to the mental illnesses that may have been passed from generation to generation. Also, where the f*** is everyone? 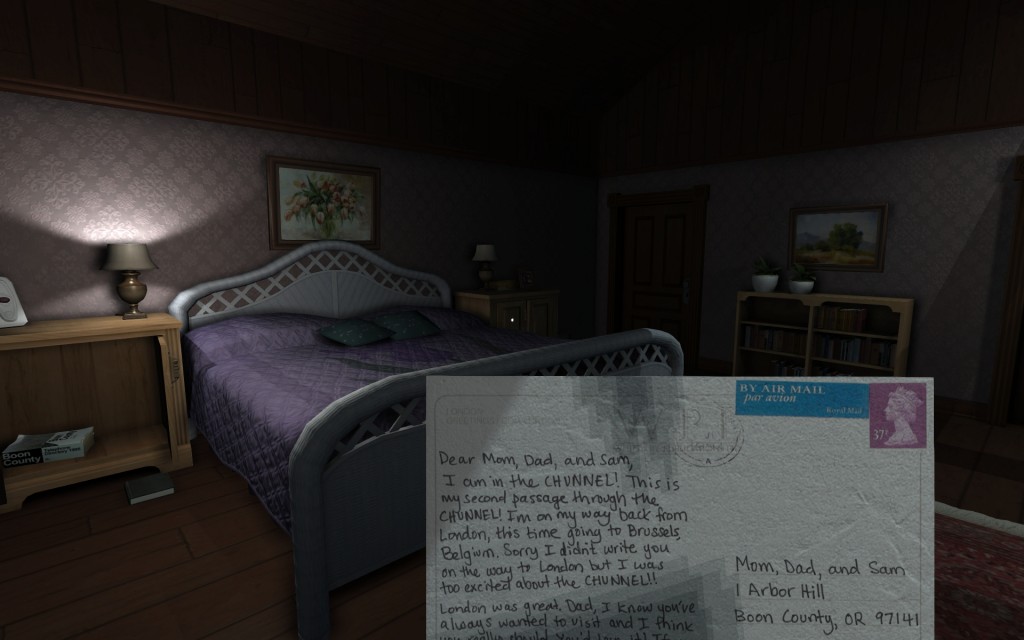 It’s technically not a horror game, but the eerie atmosphere is intense. There won’t be any jump scares or gore but the scary of reality of the secrets families keep. The story is told through journal entries that are audible from Kaitlin’s sister Sam’s perspective. Her voice provides an intimacy factor that allows the story to feel more meaningful than most point-and-click narratives.

While it offers a story worth playing and seeing the detail brought to the console was fulfilling, Gone Home carries a bit of a heavy price tag for the few hours you can spend playing it at $19.99 for both the console edition and PC and Mac versions. However, if you’re into good storytelling and sleuthing then it won’t be one you regret.

If you enjoyed Carly’s homecoming, you can find the rest of her work right HERE on Sci-Fi Bloggers. You can also follow her on Twitter @MrsCarlyRodgers.