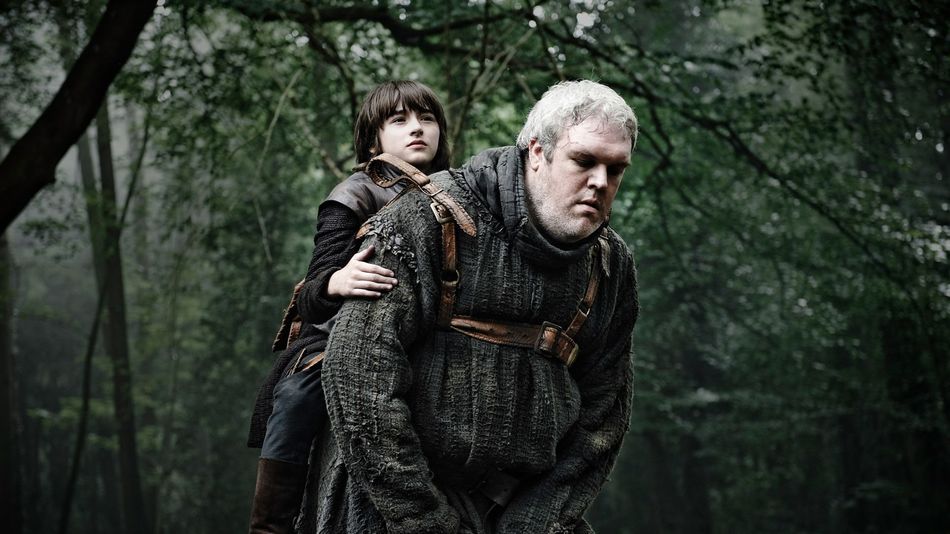 NOTE: This is being written after season six’s episode, “The Door”. If you haven’t gotten there yet, turn back  now!

All right, all right.

I’ve watched seasons one and two of Game of Thrones probably four or five times all the way through. I’ve seen the third maybe two or three times and the fourth and fifth once each. That gives you an idea of which part of the series I know best. It also provides a degree of understanding as to why I’ve written so often about how much I favor the first two seasons. That said, I enjoy this season so far, so much so that I intend to at some point go back and watch everything again leading up to the seventh and final chapter of Game of Thrones.

Over the years of the series’ progression, I have tried to stay away from the books as much as possible, as I do not wish for my opinion of the televised work to be influenced by a story I consider separate. However, here and there I have heard things, many things, which have irked me in one manner or another, things which were changed from book to show. While such alteraions were questionable, I will say this, I’m starting to see the direction the program is going in, and I like it. Whether the ending of the novels will align with it only time and publication will tell. Either way, I’ll stop rambling and get to the point.

Below is a theory I have on what’s to come in Game of Thrones. I have broken it into two parts. It will not necessarily be as comprehensive as this guy’s videos, but I have been wanting to write about this since season three. So, here it goes. My two-part theory about what’s happening on Game of Thrones.

PART ONE: The Starks Will Live

Notice one quote in particular:

“I suppose you write the sort of stuff you like to read and, as a reader or as a viewer of television and film, I always like unexpected things.”

Initially, I wrote a paragraph elaborating on that statement, but I feel there is someone who does it a little better. Here’s a link:

“An Open Letter Explaining the Abundance of Deaths in Game of Thrones“.

CLICK IT. READ THAT. DO NOT CONTINUE READING THIS UNTIL YOU HAVE READ ALL OF THAT.

If you are done, very good. I will now continue by saying that Game of Thrones has been misconstrued time and time again as being “the show that kills everyone you love.” Now, I don’t think there’s any argument against the fact that a lot of people die in Game of Thrones, but that’s not what the show is. Let me repeat that in big, black, bold letters: that’s not what the show is.

In A Song of Ice and Fire, and its associated television series, we see a world where nothing is cheated. What I mean is, as a narrative construct, the collective events that take place in Westeros and its neighboring lands (and believe me when I say this is more the case in the books than it is the show) all feel natural. Nothing that happens, generally speaking, feels like it broke the rules, even when it did. Again, even when it did.

PRE-ESTABLISHED LAW (a): Death is final in Game of Thrones.

PRE-ESTABLISHED COUNTERACTION TO LAW (b): The resurrection of Berric Dondarrion.

We were able to buy into Jon Snow’s return because we were (in the words of Petyr Baelish) eased into it. It wasn’t a deus ex machina. The order of the story went undisturbed because what would normally be considered “cheap” was, in Game of Thrones‘ case, thought to be “logical.” It made sense for Jon to be brought back because it had happened to someone else before…

…and could thus happen again.

NOTE: The next two sentences contain a major spoiler from the books that may or may not appear in the show.

In the books, Catelyn Stark makes a return of her own, taking on the moniker “Lady Stoneheart.” She is different, to say the least, but that doesn’t render the point moot. Her revival, just as much as Jon’s, is an indicator of Martin’s affection for poetry, drama, and other attributes that lie underneath all good writing.

Book spoilers have ended. If you didn’t read them, just know it had something to do with “poetry.”

It is here that I must confess that most of what you will read from here on out relies on a high quantity of speculation that is almost purely instinctual. I have, however, been correct many a time in this way (the most significant instance being my prediction of the quality of season five at the tail end of season four) so I do trust myself, and while you may not find it as clinical as other analyses of the franchise and its myriad components, you may (especially if you’re a more lighthearted viewer) find this to be a refreshing take on an otherwise negative list of possibilities.

So yes, I believe that George R.R. Martin has a poetic style, a unique and beautiful skill in development. His characters, whether they remain dead or not, always come full circle by the time the end. 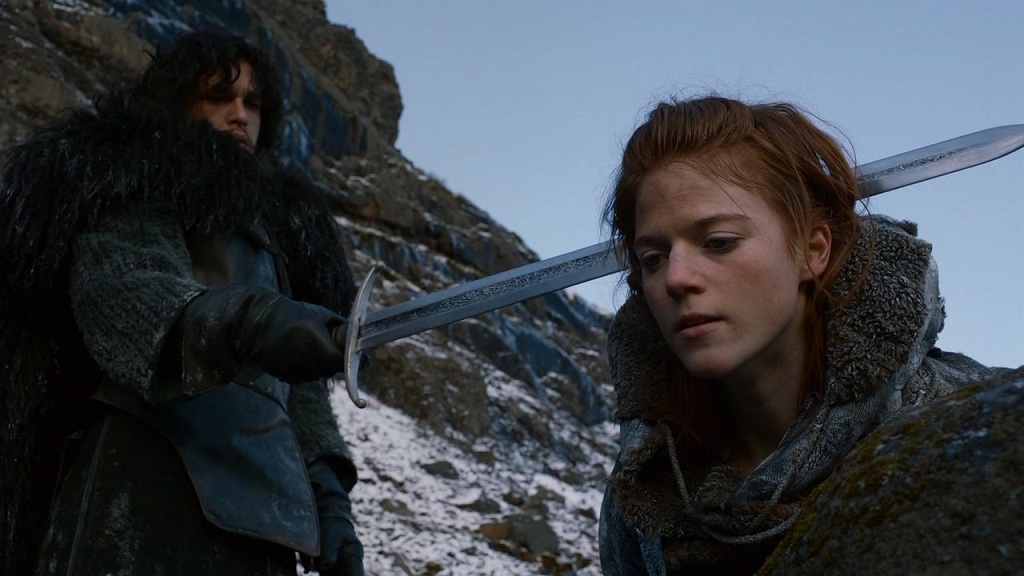 YGRITTE: A wildling and sworn enemy of Jon Snow, came to love him as he did her. Then, he betrayed her, and when they met on the field of battle, both sides of her were present in that moment: the woman who hated him, the woman who loved him. And both of them died out of Jon’s control. Her life was always out of his control. And that was the theme of that whole stroyline: lack of control.

TYRION: “Never forget what you are. The rest of the world will not. Wear it like armor and it can never be used to hurt you.” What a perfect quote to personify a flawlessly written (and just as well portrayed) character. Tyrion has almost always managed to remain intrinsically linked to this philosophy, whether for the right reasons or the worst ones. You could cite the line during any scene, from his classic drinking game to the moment he had to kill the woman he loved, and in some way it would fit, either to complement the moment or poignantly contrast it. Yes, sir, a well done character is he, Tyrion Lannister, the Imp.

DAENERYS: Born a pawn, a tool, a conquered soul, she broke free of her chains. And because of the pain she endured as a subordinate, as a slave, yes, she freed others, many others, but she has since then always needed to be right, superior, even if it hurt her, because she convinced herself it didn’t hurt. She convinced herself that no one else could be right. Because of this, she fell to the bottom, again. She became a slave to her own ideas, symbolized by the imprisonment of her dragons, dragons that had done her no harms in the past. New chains.

She fell further, rejoining the Dothraki, a Khaleesi once more. And then, in the very place Khal Drogo declared their child would mount the world, in her least powerful moment, she looked her captors in the face and told them, “You’re not going to serve. You’re going to die.” Valar morghulis. Valar dohaeris.

And lastly, it was only through recognition of the rightness of others, the good that lies within, that she was finally able to forgive the one man who always served her, Jorah Mormont. I can’t wait to see how this one ends, but so far it’s been exactly what it should be.

There are countless other examples (Shireen, King Robert, The Hound, Arya etc.), but the point is George R.R. Martin utilizes ring theory and arcs in a manner not meant to simply evoke depression or shock (*cough, cough* The Walking Dead *cough, cough*), rather to tell a good story.

So when Ned Stark looks at Jon Snow and says, “The next time we see each other, we’ll talk about your mother. I promise,” I’m inclined to think there’s more to that statement. When a story all about “unexpected things” causes audiences everywhere to anticipate the worst, most negative conclusion to a tale possible, it makes me wonder how exactly it will all end. When we start seeing familiar faces on a wall in a teaser trailer, done “solely for hype,” it gets me thinking. When the past three seasons have had finales with titles indicating the arrival of a certain character from the books (again, if you read the book spoilers section above, you know who I mean), gnawing at anyone who read them, it tells me the showrunners may actually have a plan, and that Martin has a plan.

Faceless men who could replace others in death, priests who can reverse death altogether. This universe is built for this sort of thing to occur.

This is all based on gut instinct, it’s based on hints and suggestions, implications and inferences. But the thing that got me to really sit and go, “You know, yeah, all the Starks are going to be alive at the end,” was when the first teaser for season six came out.

“They have no idea what’s going to happen.”

The minute I heard that, I thought, “Time travel, they’re going to put time travel in Game of Thrones,” and then this last episode they pretty much confirmed exactly that. When the words of the future were burned into the mind of one from the past, I knew, “Yes, yes, they’re doing this.” And keep in mind the implications of this ability, because that means that it is possible, no matter what anyone says, it is possible to influence and change anything in the series from any point in it.

“The past is already written. The ink is dry.”

You don’t think they’re trying to make a point when they flash Ned Stark’s execution in there for under a second? Again, this highly speculative, but it has credence in the story as a whole. And I believe that Martin, an author who adores the Lord of the Rings series, a series where the heroes do win and there is a happy ending, has something better planned then the White Walkers taking over or the Lannisters winning the Iron Throne.

There is a sense of rhythm and beauty to Game of Thrones that is often forgotten and it’s going back to the start soon, that’s visibly obvious from what’s been happening lately.

…hold it, hold it wide open, and look.