This piece is the opinion of the author and does not necessarily reflect the views of Sci-Fi Bloggers and/or its staff. Thank you, and enjoy. 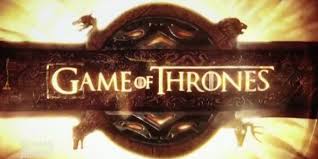 My relationship with Game of Thrones has always been a little complicated. Sometimes, we’re happy together. Other times we can’t help but fight. Often the show gives me feelings of passion and joy. Then, just as quickly, pain and frustration are brought about. I’ve run to it beaming and wanted to pack up and leave. Despite the negatives, Game of Thrones has always been a lover who gave me reasons to come back. And, with the last episode, it put an engagement ring on my finger.

This time around, something amazing happened. The show finally gave me what I’ve been waiting for all these months: closure. 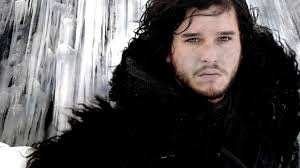 We start right where we left off, with Jon Snow marching headlong into the woods to face his seemingly inevitable demise. He intends to sacrifice himself in order to save his brothers. He meets with the King-Beyond-the-Wall and they do what it usually takes to solve problems: they drink on them. I was already starting to get annoyed with the formulaic “long dialogue to occupy some time,” when finally the action began and didn’t stop for the rest of the episode. Jon Snow is saved by the bell with the unexpected, ostentatious arrival of one of the forgotten characters of this season, Stannis Baratheon. He solves the situation on the Wall and we give our final goodbye to Jon as he sets ablaze the body of his one true love, Ygritte.

Once that is done, we move on to King’s Landing, where Cersei rises from her depression, letting the lioness within her roar at last. Not only does she salvage what remains of her new bodyguard, but she also makes a bold stand against her father using a secret weapon that Tywin simply cannot face: the truth. As always, she “puts family first” and is willing to drop the veil of “Queen Regent” and show herself for what she really is: a woman who’s fault has been loving too much. 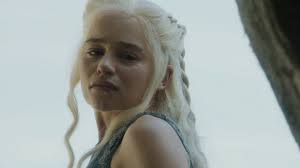 After closing that storyline, it’s Daenerys’ turn. She’s essentially doing what she’s done consistently throughout the season, sitting and listening to the misery of others in an attempt to rule under the idealistic policy of “freedom.” This time, however, her task is not so easy. First, she discovers that, while total freedom sounds wonderful in theory, men are far from perfect and, when given options, are likely to choose the easiest route, even if it means giving up a life without fetters. Second, the Queen of Meereen has to deal with another problem brought about by freedom: burnt corpses.  Her dragons are becoming a danger to her people. To protect them, she renounces the title of “Breaker of Chains” and imprisons her own children in one of the most heartwrenching moments in the series. Now we know what a crying dragon sounds like. I think we were better off without that knowledge.

Back north, Bran and his friends, who have been missing for at least three episodes, finally reach their destination, the magical tree. Even so, there is no time to rest as they are ambushed by a thing we’ve been waiting for since the beginning of the series, the walking dead. 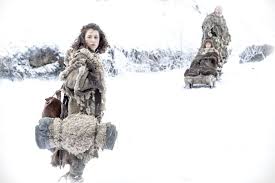 This time, things get pretty bad and even Bran’s “Hodor, I choose you” power isn’t enough to save one of his friends. Suddenly, an unforeseen ally rescues them, taking them to a badass new character, the omniscient crow. He claims that all their sacrifices will be worth something now that Bran can find what he lost. His first thought is that he may walk again, but that turns out to be anything but the case. Seriously, Bran, your best friend just died and you honestly think that he gave up his life just so you could return to climbing?

Going from one obnoxious child to another, Arya finally meets Brienne, who, once she finds out the true identity of the girl, declares that she will keep the promise she made to the deceased Catelyn Stark.

The Hound gets all protective and decides that Arya is his property, giving us an epic boxing match in which Brienne takes out the beast. But if there is something every thriller ever made has taught us, it’s that “double tap” always applies. The final shot we see of the Hound shows him begging Arya to kill him, and guess what? He just fell off a cliff for her and the little bitch doesn’t give a sh*t. She refuses to kill him and, if that wasn’t enough, robs him and leaves, solidifying her as one of the most annoying and hateful characters of the fourth season.

The final climax takes place in King’s Landing alone, were Tyrion is unexpectedly saved by the best brother in the world, Ser Jaime Lannister. But seeing how things have gone for the poor dwarf all season, I knew there had to be some sort of backstabbing going on that was left untouched. And sure enough, he finds her, Shae, the woman he loved, in his father’s bed. After all he went through, Tyrion is no longer the cheerful soul he used to be. Against all odds, he follows his darkest instincts, deciding that if he kills what he loves it will be his forever. 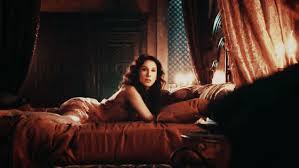 Then, he walks off, ready to face the cause of all his sorrows: Tywin Lannister. He wins the award of “Father of the Year” by telling Tyrion he respects his refusal to die,  in spite of every effort made to kill him. At last, Tyrion gets the revenge he always deserved. The Imp tosses aside his selflessness and departs. Tywin, in the applause of the audience, dies as he lived, a man without honor.

No further words are necessary. All that is left for us to do is reflect on the past, on all the good and bad moments, and hope for a better future.

And now our watch is ended. 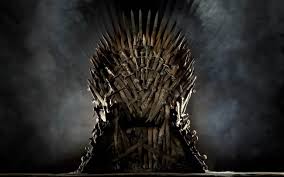