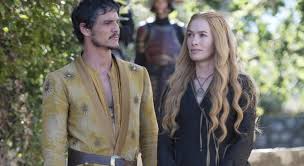 “First of His Name” brings us halfway through the fourth season of the spectacular Game of Thrones, and pretty much nowhere else. After last episode’s revelations, the fifth one feels like an obliged step to stabilize the situation in King’s Landing and let everyone prepare for the second act.

We begin with young Tommen Baratheon, First of His Name, as he is being crowned. This solemn coronation, only lasts a few seconds, making room for the establishment of the reality of a king’s life.

Margaery is already working on her future attachments, both with the angel-faced boy who’s becoming the most powerful man in the Seven Kingdoms before he can even learn how to shave, and with his far more powerful mother, the wicked witch Cersei. We get to see a slightly more human side of Cersei in this episode, proving once again that, deep down (DEEP down), she’s basically a broken-hearted mother whose destiny, it would appear, is to lose all of her children in the name of the prosperity of the Lannister family.

With all that taken care of, let’s see what’s happening on the outside, where everyone wants to sit on the Iron Throne but apparently no one is doing anything concrete to get it. 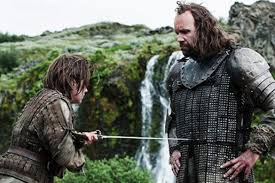 This episode is essentially here to remind us briefly of how everything is going and what we can expect to see further on. First, a quick note about the fact that the kick-ass (well, almost kick-ass, but it’ll happen) Arya wants her babysitter, The Hound, dead, along with a look at our Mother of Dragons, who’s taking a step back due to self-confidence issues. She’s decided that, before becoming the ruler of The Seven Kingdoms, she should maybe learn to do something other than give freedom speeches in front of stunning cities. Also, a small scene is given to Lady Brienne and her new buddy, Pod, just to say, “Hey, remember these two? Eventually something will happen!” 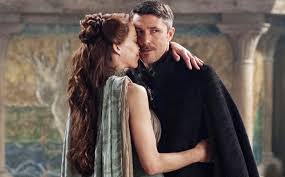 The only person who’s really surprising me this season, for now, remains the shrewd and mischievous Little Finger, who not only poisoned the King’s cup, but is also revealed to be the mind behind the murder of Jon Arryn, proving himself worthy of being deemed “Master of Puppets” (sorry, Spider, but you’re falling behind).

It would appear that Sansa Stark is living an eternally miserable life, now a practically useless character, dragged to and fro by the fickle tides of other people’s wishes. Indeed, she is doomed to be the relief valve for the stress and problems of all but herself.