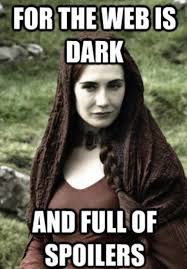 If last episode’s review taught us that one of the commandments of Game of Thrones is “No One Is Safe,” the most recent show indisputably confirmed yet another constant in George R.R. Martin’s world: after a mind-blowing twist or event, for at least the next two episodes nothing is going to happen. This is probably one of the few flaws of this series. After dropping an atomic bomb, it will pull the handbrake and keep us waiting for what feels like an eternity for something to really happen again. With that said, let’s talk about what happens in “Breaker of Chains”.

After Joffrey’s traumatic demise, the situation in King’s Landing is totally out of control. The shocking death of the King is tearing away at the lives of everyone.

A worried Margaery seems doomed to have one bad marriage after another, now twice widowed before getting even a glimmer of chance at being “impregnated.”

Tywin Lannister doesn’t waste any time weeping. Instead. he is already one step ahead of everyone, organizing all the alliances inside the kingdom, especially with the new entry, the wild and sexy Prince Oberyn, as well as preparing the next heir to the throne by using his recently deceased nephew as an example of “what not to do when you are a king,” truly a loving grandfather.

On the other hand, our beloved Tyrion has been arrested, accused of being the one who passed the poisoned cup to the King. This is likely the height of his misery so far, seeing as he has not only had to force the love of his life, Shae, to leave him for her own safety, but he has also been abandoned by his arranged spouse, Sansa Stark, who has left one sinking ship for another (the latter not necessarily better than the first). She now travels with the equivocal and untrustworthy Littlefinger. 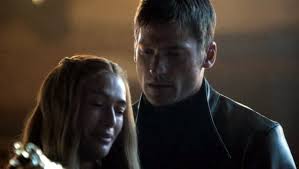 The only one who seems to be giving any sh*ts about the departure of that foul, evil, slimy, disgusting, rotten little creature is the wicked witch Cersei, who bawls over the late ruler’s corpse. And, let’s admit it, we were all fairly pleased by this, were we not? She is ignorant of anything happening around her, only focused on her craving for revenge and “justice.” She expresses these feelings to a bewildered and heartbroken Jaime, who doesn’t take it that well. In fact, the only really memorable (and not in a totally positive way) scene in this entire episode is the one in which Jaime Lannister, a character we’ve been gradually coming to love after all this time, brutally rapes his sister right beside Joffrey’s body, solidifying once again the tendency of Game of Thrones’ writers to not merely cross the limits of television’s standards, but also those of our own common sense.

In the meantime, the situation outside King’s Land remains mostly unchanged. The wildlings are approaching Castle Black, savagely exterminating and eating poor villagers along the way. Stannis and the Red Witch both draw nearer to the Iron Throne. Little kick-ass Arya is still on her journey with her new babysitter, the Hound. Lastly, the Mother of Dragons, Daenerys Targaryen, feels, to be perfectly honest, pretty useless right now, only good at giving freedom movement speeches to the slaves of every city while flirting with the ever handsome Daario Naharis. 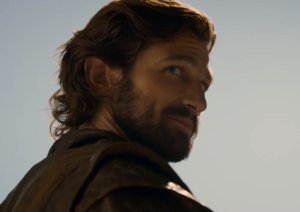 So basically, “Breaker of Chains” is exactly what we’ve come to expect form Game of Thrones, the explanation of all the consequences of an incredible twist with a slow, “let’s take some time” rhythm. Luckily, with the joy of Joffrey’s death still warming our hearts, we can forgive the writers this time around as we wait impatiently for the next episode.