Major spoilers ahead for Game of Thrones, season five.

It’s bad enough when paparazzi are following you around as a celebrity. It’s a whole new level of horrible when people are stalking your every move to see if you have a certain haircut or not. Poor Kit Harrington.

For Game of Thrones fans, waiting a year is just too long to find out what really happened to your favorite characters. Especially when a beloved character like Harington’s Jon Snow was seen being murdered by his own men at the end of the season five finale on June 14th. It’s hard to blame die hard fans who know that George R.R. Martin could bring characters back to life. So let’s look at the ifs, ands, and buts. 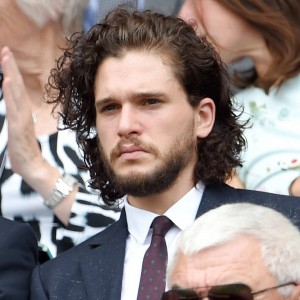 HBO insists that Jon is dead. Meh, it’s not solid evidence. Kit Harington’s appearance at Wimbledon sent the internet into a flurry when he showed up with the classic Snow locks. He could just like his hair, you know? Also, as many others have pointed out, dead doesn’t mean gone. It seems very mysterious that the Red Woman, played by Carice Van Houten, strolled into The Wall right as the mutiny against Jon played out.

Speaking of Carice, she made it seem very apparent that Jon would appear in season six. She didn’t talk about him in a past tense, but mentioned, “there are slight hints that something is going to happen.” Going to? Yeah, sounds like a solid point for resurrection theory. 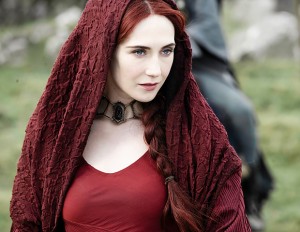 Another strong point is that Harington has been photographed all over Belfast, where Thrones is shot. Not very sly, Jon! He’s been there too long to just be filming some dead body shots, but it is possible there will be flashbacks or something. I don’t know. I’m trying to stay biased.

His mysterious absence from Comic-Con also makes me think that he may return. After Oberyn Martell died, Pedro Pascal received a glorious send off at Con and it seems as though they would do the same for a character so well-liked. Also fishy that showrunners or Martin didn’t appear. Perhaps they’re afraid to let something slip?

I guess we’ll all wait until 2016, but until then there’s #HarringtonHairWatch.

If you enjoyed Carly’s hair watch, you can find the rest of her work right HERE on Sci-Fi Bloggers. You can also follow her on Twitter @MrsCarlyRodgers.