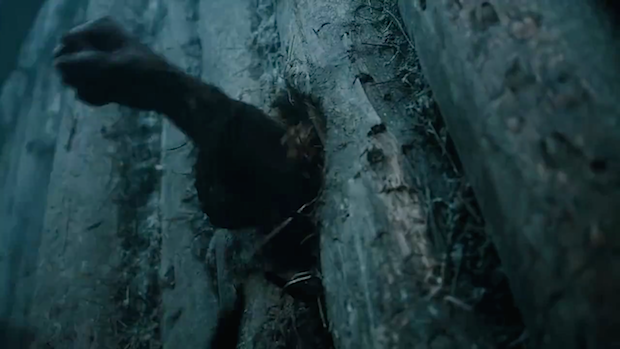 Major Game of Thrones spoilers below.

A lot of people have said a lot of things about this episode. I’ve been trying to think of what to add to the pile. Not long ago, I made my decision. Here is the result:

At one point, the reason we got others to watch the show was to see their faces after Ned’s execution. Soon after, we did it so they could experience the awe we felt when three baby dragons rose from the ashes in the arms of their unscathed mother. Then, we did it so they could see our favorite dwarf inspire an army to fight an unseen enemy: fear itself. And then, of course, we got them to watch the show so they would know the pain we felt as the wolf fell prey to the lion, broken and bleeding, dead on the night of an immaculate wedding.

That wasn’t all. We did it so they could see one of the most wretched, worthless, disgustingly foul creatures ever to walk the face of the Earth die as he deserved to die, without glory, without honor, without resolution. And after that, well, we did it so they could see a trial before the gods, a face crushed by a man’s bare hands, a father slain on his own privy, a girl sail off into the sunset on a quest to become no one.

For five seasons, winter has been coming. In “Hardhome”, winter friggin’ came.

And just so we’re clear, the entire episode was good. Everything with Cersei, Tyrion, Sansa, all great work. I was actually satisfied near the end. But when I saw those clouds building atop the mountains, I and a room full of people all thought, “No…no way…”

And then, we were shocked, chilled, jumping in horror and joy together, and then, again, chilled all the same.

Flawless writing, flawless direction, and none of it written in the novels on which this series is based. All original work, all perfect.

Guys, as my buddy Connor Hillman so eloquently put it, “I came when winter did.”

If you enjoyed Dylan’s ejaculatory display, you can find the rest of his work right HERE on Sci-Fi Bloggers. You can also follow him on Twitter @Architect_9.