Yes, after last week’s episode (which is growing on me now), this show has finally managed to get me back into it. Admittedly, I had to watch it twice to get there, but I got there. And it’s great.

After a slow start, Game of Thrones finally rides ahead, reaching toward its former glory and succeeding. This episode bears a sense of purpose and, while still utilized for establishment (setting up future twists and turns), it has more oomph than previous chapters (I’m including season five there). It has more going on, less flat moments, and while I watched I was really excited to see where things were going. However, it isn’t without its flaws, so I’ll break it down in two sections. 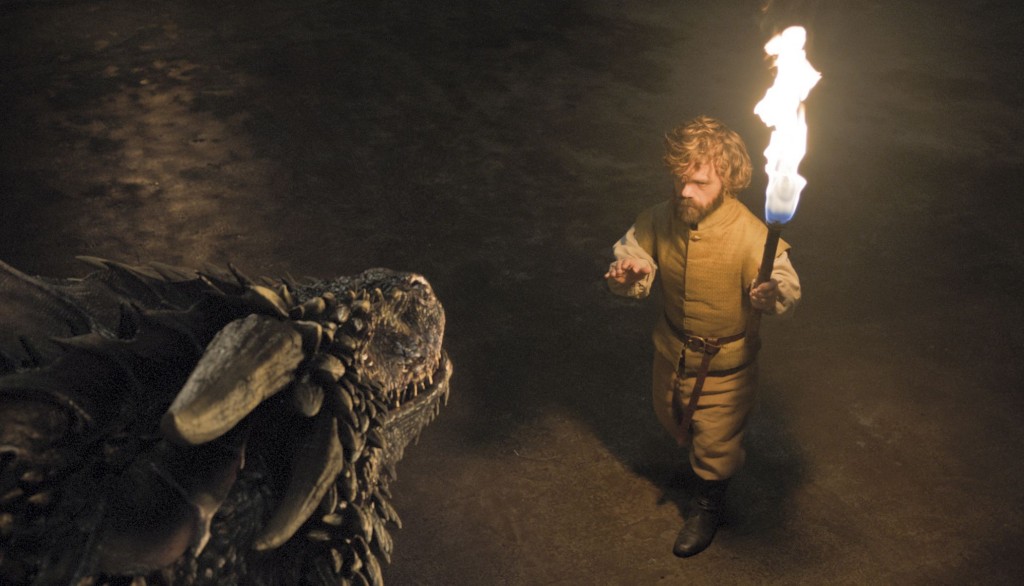 THE BAD: This is actually fairly short, but I feel the need to address it. So here it goes: the introduction of Euron Greyjoy (Balon’s younger brother…by a lot…) is rather sloppy. It isn’t the actor’s fault either. I thought he did a great job and it’s possible a scene was cut that brought him in less abruptly. However, the pacing in this one…it’s…not…great… I was watching with a few people and we were all sitting there going, “Uh, who are you? And I guess we’re supposed to care about you now? And about your history with Balon, which is sort of obvious based on the performances but not so much based on you motivations? And I guess Balon’s dead now and no one found you or was standing guard at the bridge (maybe a coup?) and…” It wasn’t horrible with the second viewing. But it still felt very sudden and wasn’t executed to perfection by any means, almost as if the first draft meeting went something like, “We need to kill Balon. Who do we have?” “I mean, no one really.” “Doesn’t he have a brother who kills him later in the books?” “Yeah, but it gets set up over a longer period of time so we probably shouldn’t—.” “Kill him. Kill him now.” And then he was renegaded off the bridge.

Anyway, that’s it on the bad. And it wasn’t even that bad. 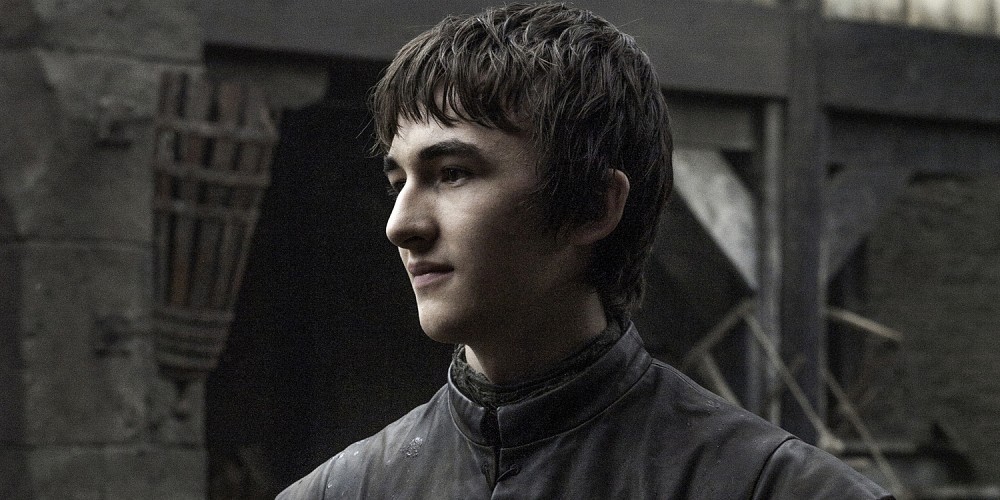 THE GOOD: Everything else. Introducing Bran’s new ability to view the past threw me off at first, but I trust the series to explain what’s happening there. Sansa’s world is finally getting a little better, even though her rescuer won’t be around any longer. Arya even managed to remain faithful to her faceless mentor. We’ll see where that leads.

Yeah, things are looking pretty good for the Starks. Speaking of which…

Tyrion’s moment with the dragons was charming. It was also great to expand upon the lore behind these creatures; what they are, how they act, why, etc.

Ramsay is a bad person. I haven’t felt that disturbed in a while. I was praying for him not to kill the baby but, after everything he’s done from season three on, he is indeed worse than Joffrey. Killing his father won’t go over well with anyone if it gets out. Who knows what message that raven is carrying? Maybe the Maester gave it all away! I’d love that!

Jaime and his son share an intimate scene right before my favorite conversation in the episode. When Jaime confronts the High Sparrow…ugh…so good. The lighting, the shots, the atmosphere, the characters, their interactions, their dialogue. A sword half-unsheathed. Sparrows in every hall. All of the elements that make up that scene are perfect. There’s this sort of apathetic tension there that I want the show to explore more, the sense that this is the end. Yes, this the end of the story, the end of Game of Thrones. We’re getting there now. And you can feel it in that scene. A character who has grown throughout the entire series facing a threat that came in near the end, out of nowhere, is very aprapos.

Cersei and her son make up, which I’m actually happy about. I feel as if she can strap some balls on the guy, something Margaery failed to do.

And, of course, the granddaddy of them all. If I missed something, I may have to watch this show a third time, however, after the invasion of the Free Folk…

…Jon Snow is back. 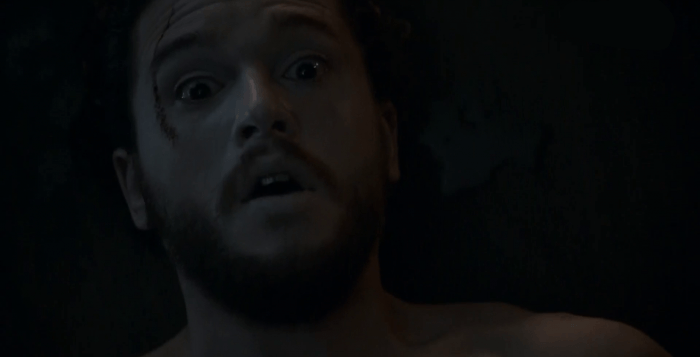 Yes, although he was about as dead as (spoiler alert for HBO’s The Leftovers) Kevin Garvey, it was still a wait that gnawed at our insides for over a year. And now that it’s over, we can theorize about the future and what it holds for Snow:

So yeah, Game of Thrones is back on its feet and will hopefully continue to accelerate with every passing episode. I just hope they get more unique with their storytelling devices. They have so much to use now that they’re this far in. I hope nothing goes to waste.