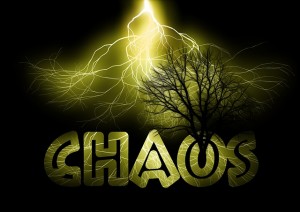 LADIES AND GENTLEMEN, may I have your attention, please? You’ve been patient. You’ve been diligent. You’ve been loyal. Now, for demonstrating such tremendous qualities, such incredible attributes, such unbelievable resolve, you shall be rewarded! Friends, bloggers, Earthlings, lend me your ears! The time has come, yet again, for you to get your proper dose of excitement, adventure, and intrigue! People of the Net, without further delay, I present to you this week’s FRRRRRRRRRRIDAY FICTION!

You may have noticed that our title this week isn’t in quotes. That’s because it isn’t the name of short story. Indeed, let it be known that tonight on Friday Fiction we don’t have any new stories for you. Oh, pipe down! Don’t you get your panties in a bunch! It’s not like we were planning on running a new one this time around. Tonight, we wanted to get you all set for what’s coming. That’s right, you know the one. This is a story you’ve been aching to read for some time.

For those of you who don’t know, we have three regular contributors to Friday Fiction (you could be another, if you ever contacted us about it): Dylan Alexander, O.L. Percivall and, the man himself, Brandon Scott. Scott’s been with us for quite some time now and he’s contributed a boatload of content, all in the science fiction genre with varying degrees of darkness and dread. Sounds like a nice fellow, eh? Well, he is, and he and the Editor have been working on one story in particular for a while that they’re both certain you’ll enjoy. It’s the third part of three, the end of the trilogy, the one that will begin all new things. But, in order to read it, you’ve got to get some homework done. Also, you must swear a solemn oath that, if it takes until the week after next for it to be released, you won’t picket the site. Is that understood? I’ll take your silence as a “yes.” With that said, here are the stories you’ll have to read before you get aboard the “Echoes – Part Three” train:

That’s everything for this week, folks. Catch up! You’ve got a lot to enjoy!

This is the Fictionmonger telling you to keep calm and monger on!