If you look at the history of television you should know that pilot episodes aren’t everything. Many shows change drastically from episode one and two. They can be very “don’t judge a book by its cover.” I’m not trying to be preachy to you the viewer, but more towards Fox.

This fall, the small screen got its own version of Minority Report. The pilot drew abysmal ratings for Fox and wasn’t a big hit with critics. The Hollywood Reporter said the show “doesn’t really know what it wants to be.” The Atlantic called it clunky. The second episode didn’t reach three million viewers. Knowing the faith Fox has in science fiction, I’m guessing this show might be seeing the axe.

However, there are redeemable elements. The cast is more diverse and, despite the questionable dialogue, performs fairly well. The show picks up ten years after the events of the film in a world where the precogs were abandoned and crime is solved the old fashioned way…after it happens. Now some people want to activate the program once more with different precautions and the public is hesitant, which sets up a fairly interesting arc. 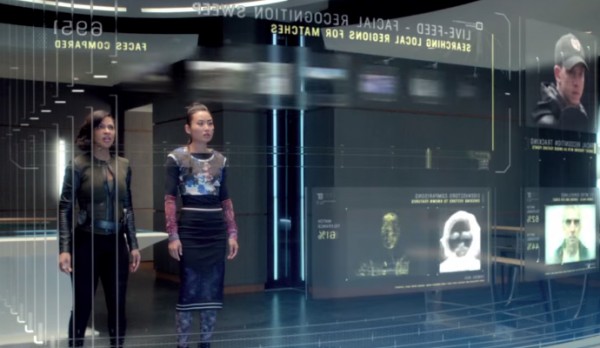 Perhaps I’m putting too much faith in writer Max Borenstein who penned last year’s Godzilla and the first draft for the upcoming Kong: Skull Island, but I believe that Philip K. Dick’s vision should be expanded upon even past Tom Cruise’s petite 5’3 frame. There is potential for an intriguing look into the future and technology which isn’t being realized yet. The past isn’t fully understood by viewers because the characters don’t seem to get it either and it needs to be presented in a clear manner. Actually, everything needs to be more clear. The dialogue needs to be sharpened, the characters need chemistry and the story needs trimming, but the network should give it a few episodes for the series to find its legs.

You can check out Minority Report on Fox on Monday nights.