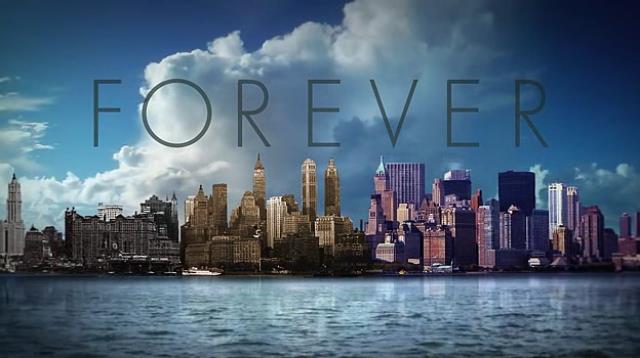 Among the shows that debuted this fall is a police drama called Forever. It deals with New York medical examiner Dr. Henry Morgan, whose skills are so extraordinary that sometimes he knows how a person died without even opening him up. There’s this one slight hitch:

I know what you’re thinking. “No, not another vampire series.” I sympathize. But Morgan is not a vampire. He doesn’t know what he is. He just got shot and tossed overboard in defense of a slave suspected of having cholera. Since then, every time he dies, he wakes up in an undisclosed lake and naked. Every single time.

Shows involving immortals are trickery because modern entertainment is saturated with it. True Blood, The Vampire Diaries, and Twilight use the same old story. The immortal in question keeps people at arm’s length because they don’t want to watch their loved ones grow old and die. Thus the protagonists are all moody and brooding and dark, because immortality is a curse from whence there is no atonement.

Henry Morgan is different. Actor Ioan Gruffudd (Mr. Fantastic from the Fantastic Four movies) does play around with the “curse of eternity” bit, but unlike Edward Cullen, Gruffudd is a vibrant, hopeful person. He’s more like Duncan MacLeod; both men have suffered, but they both enjoy living. Gruffudd also adds a dash of Donald Mallard from NCIS, which gives him the typical keen observation skills that make him a great detective à la Richard Castle. It’s fitting for a crime drama.

What kept my interest was the mystery of Morgan’s immortality. Why always the river? Is his resurrection contained to one lake? What if he dies in Brooklyn? Will he emerge in the nearest body of water or will he be transported back to New York? What about minor wounds? Will cuts and scrapes heal on their own via a healing factor? What about the people around him? Does Morgan exude a healing aura? Do people feel more healthy and vibrant when he’s around? We don’t know. Morgan doesn’t know. That’s part of the mystery.

Immortal dramas have been done to death. With notable exceptions like Duncan MacLeod, it’s easy to make those with eternal life all doom and gloomy, bemoaning their existence. Ioan Gruffudd has his work cut out for him to mold Morgan away from that stereotype. I think he can do it. That’s why I’ll keep watching. Give Forever a chance. It’ll keep you watching too.