Madison (played by Kim Dickens) has a fantasy of Christmas on the ranch which becomes a nightmare when she sees the graves of her family. In the present Proctor John (played by Ray McKinnon) arrives at the dam with Alicia (played by Alycia Debnam-Carey) and berates Strand (played by Colman Domingo) because their smooth takeover went awry.

Madison (played by Kim Dickens) defends her choice to kill Troy (played by Daniel Sharman) and Nick (played by Frank Dillane) coldly rebukes his mother’s ease with killing and wonders if she could kill him as easily. Lola (played by Lisandra Tena) hides Daniel (played by Ruben Blades) and goes to find help for his gunshot wound. Proctor John decides Strand’s deal is void so Alicia negotiates with him to spare Madison and Nick; he agrees if Alicia travels with him to Houston.

Strand gives Madison and Nick uniforms to lead them out as prisoners and they learn he shot Daniel. Before they can leave a furious Lola appears and starts to gun down Proctor John’s men until Proctor John shoots her. After finding out Nick warned the dam Proctor John orders Nick killed, as well as Alicia and Madison to prevent them trying to avenge Nick. Strand attempts to broker a deal by revealing the dam is wired with C4 but Nick reveals he took the detonator which results in a standoff. 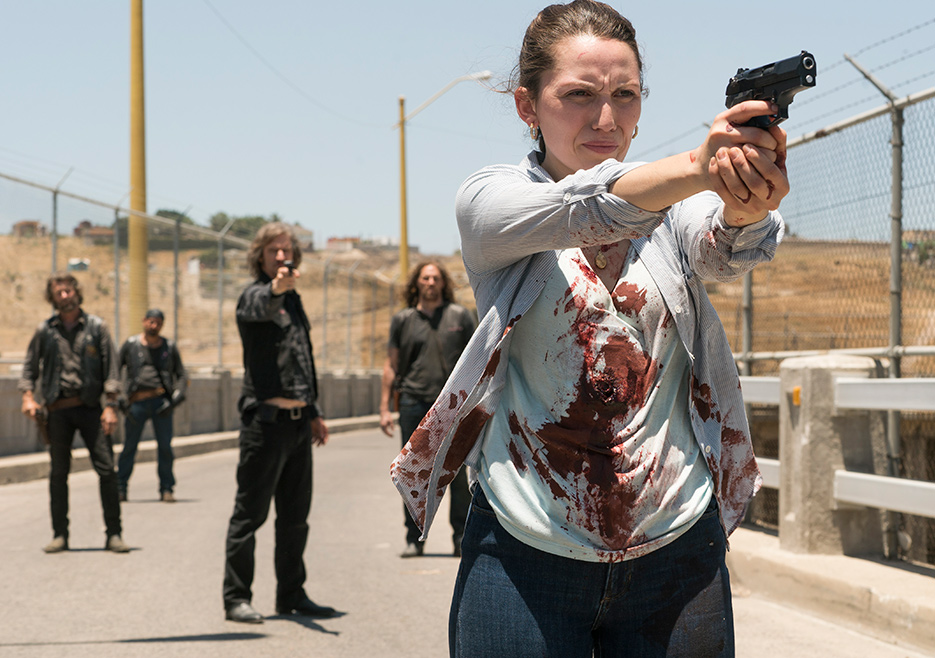 Madison’s nightmare is a great visual for the state of her life now; no return to normalcy and everyone around her dying. After all the things Madison did it was the death of Troy that was the last straw for Nick which is ironic given that Troy deserved to die for everything he did. The chilling thing about Nick asking if Madison would kill him is even though she said no, in the back of our minds we could see it. Lola was never given any backstory or significant airtime so her character will not be missed but at least her death is memorable. Proctor John is a great villain so far, he’s not overly bad and his conversation with Alicia about his sister shows layers to him. As for Strand he’s crossed just about everyone so he may not have any friends if he survives. He always has a plan but Nick being able to pick his pocket might be an indicator Strand is losing his touch.

Madison’s Christmas fantasy at the ranch is revisited with everyone happily eating dinner together. The table becomes flooded with blood and Madison finds herself back in the cemetery. The scene shifts to the dam where Nick demands Madison and Alicia go free and let’s Strand go as well while he holds off Proctor John with the detonator. Although Proctor John warns that Nick won’t be get out of this alive Nick dismissively says he isn’t afraid to die and plans on it. Daniel fights his way out of his hiding place and finds Lola’s corpse and takes her rosary. Nick is almost overpowered when Walker (played by Michael Greyeyes) and Crazy Rain (played by Justin Rain) fire shots from a sniper while Daniel arrives to take out the rest. Nick sets off the C4 and Madison, Alicia and Strand get their boat sucked into the rapid flow of water while Walker and Crazy Dog decide to head north and find their people. 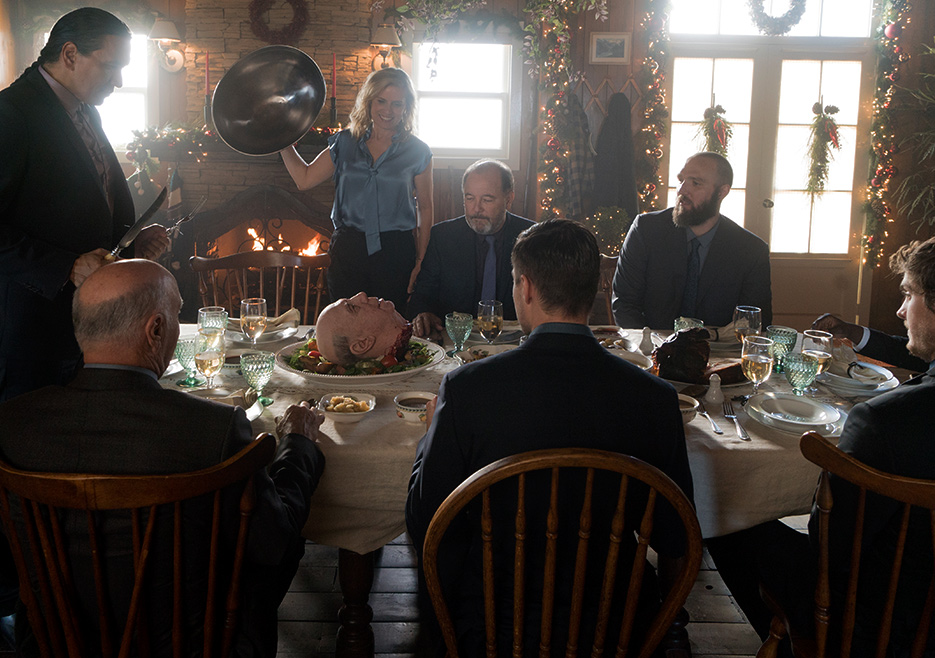 It wouldn’t be a Walking Dead Christmas dinner if there wasn’t buckets of blood and people hacking at each other. Nick lost his psycho BFF Troy and was ready to end it but so many main characters have died this season I felt confident another major character wouldn’t die, least of all Nick. Walker and Crazy Dog came back to help but then immediately decided to cut and run instead of staying to help so they obviously weren’t too fond of everyone. But at least they played a role in the episode instead of walking away Season two also scattered the major characters but this is good for opening up new individual stories for everyone and with so many fractured relationships maybe some distance could be a good thing.

Madison walks through the cemetery and is dragged underground; she’s almost saved by Travis (played by Cliff Curtis) but gets pulled under. The scene switches to Madison underwater after the dam exploded, she climbs ashore but doesn’t see Alicia or Strand. The season ends with Madison watching locals rushing to collect water as the dam water flows freely down river. When Madison crawled out of that water it was almost like she was washed clean of her old life. Given the state of her relationship with her kids even if Madison finds them, its unlikely they would want anything to do with her. For now she may need to take a lone journey of self-discovery before she can sort out anything else.

“I never wished you dead, what kind of mother would that make me?” “I don’t know, honest maybe?”

The only mother/son dynamic that’s more messed up than Madison and Nick’s is Norman Bates and his mother.

“You killed your son’s friend?” “He was more threat than friend.”

Wherever Madison and company end up that place ends up completely destroyed so you kind of wonder if they’re just bad luck.