John (played by Garrett Dillahunt) and Morgan (played by Lennie James) confront a Vulture after he cleans out a grocery store demanding information, the man goes for his gun and John shoots off a finger. Meanwhile Althea (played by Maggie Grace) continues to drive the others to the meeting point of the Vultures so they can exact their revenge and continues to probe about what happened to them.

John nearly kills the Vulture when pressing him for information about what happened to Naomi (played by Jenna Elfman), Morgan convinces John to let him go and tells the man about the others coming for his group. In flashbacks to the stadium, Cole (played by Sebastian Sozzi) rejects Strand (played by Colman Domingo) after he lies to the others about the food he was hoarding. Naomi is confronted by the others when she appears to be sneaking out but she claims she was going for fertilizer, seeds and possible food. Naomi claims she didn’t mention it before because it was a FEMA shelter she used to live in and it’s full of walkers but Madison (played by Kim Dickens) and Strand decide to go with her. They pull off for the night and Naomi reveals she was leaving when she was caught; Strand brands her a coward and takes the car keys to keep her from leaving. The next morning they wake up to find Naomi hotwired the car and left; Naomi goes to the FEMA shelter alone. Madison wants to catch up to Naomi and Strand disagrees saying people never change and reveals that he was hoarding food for himself but her mind is made up. 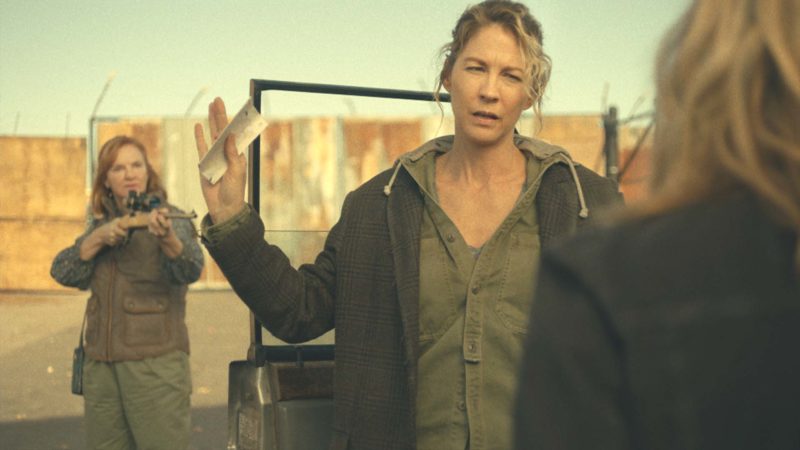 Where you think you’re going?

Althea uses a camera to get answers and John uses a gun but for some reason both work equally well. Morgan made a similar mistake with the Wolves on The Walking Dead; he let one go and it bit everyone in Alexandria in the ass. I don’t know how he could make the same mistake twice but clearly this is going to lead to problems later on. Strand tries to call Naomi out as a coward but he’s really just mad that Cole rejected him for doing the same thing. Whereas Strand’s actions are motivated out of self-preservation and even selflessness Naomi clearly has issues with being around people. Madison is determined to save her and I think it’s a form of redemption; Madison has done bad things and still justifies them but this is her way of trying to offset the darker things she’s done. There’s no doubt Madison will have to resort to that kind of stuff in the future but for now she’s trying to embrace the softer side of herself. Although you can’t judge Naomi and Strand too harshly because Morgan is trying to do the right thing to prevent violence and ultimately that always goes wrong.

Naomi enters the shelter and is startled when she sees old mementos, the noise attracts the walkers. She notices several that appear familiar and it catcher her off guard, unable to put them down so she climbs to high ground and becomes trapped. Strand and Madison come in and she gives them keys to a truck and tells them to take what they need and go. Refusing to leave Naomi behind Madison distracts the walkers as Strand rigs a rope to get Naomi to safety. Naomi tells them that it had to be her that went in to make up for what happened to her daughter Rose who caught pneumonia. Naomi hid Rose to go out and find antibiotics but Rose died and turned before she got back and in turn infected others; Naomi felt responsible for Rose and everyone else dying. Strand tells her that Madison taught him they can start over despite the mistakes they’ve made in the past. 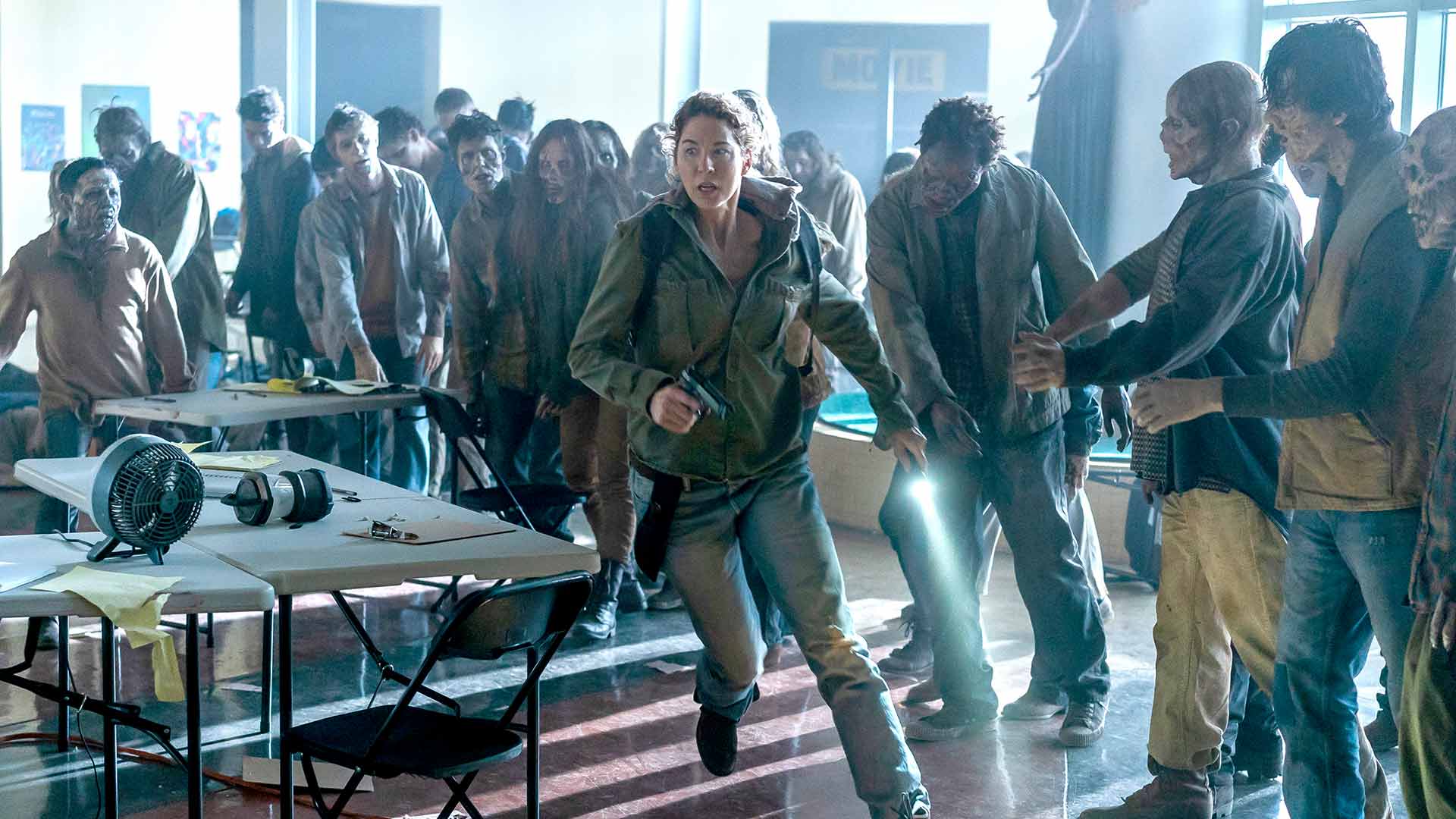 This was a big episode for Naomi; we learned who she is and why she has the mentality of wanting to be on her own. Her career was about helping people and not only could she not save her daughter but keeping her sickness a secret inadvertently brought down a whole community. Now that she’s done something that at least in her mind relieves some of the burden and has also shared her story we’ll start to see her character evolve. And of course there is still the loose thread of her story with John; these two have to be reunited at some point even if only for one of them to die tragically.

Alicia (played by Alycia Debnam-Carey) and Nick (played by Frank Dillane) inform Mel (played by Kevin Zegers) they can now rebuild and replant the stadium and he orders the Vultures to leave since they can’t wait them out. Madison tells Alicia to gather up guns and supplies because she wants her family prepared if the worst happens. In the present Morgan and John arrive and tell the others they warned the Vultures which is met with anger until the Vultures caravan pulls up and the two groups engage in a standoff. Alicia is stunned when Naomi pulls up in a car a part of the Vultures; Alicia furiously shoots at her but John takes the bullet.

The Vultures seemingly packed up and left but there is such a hatred between these two groups in the present; this rivalry is being built up so much so they didn’t stay gone long. Madison is still MIA but I refuse to believe Mel or the Vultures killed her; Nick is already gone it’s unlikely (though not impossible) that another major character like Madison would be killed so quickly after. John is wounded but if it’s a fatal hit he and Naomi will at least have the next episode to close their story. It’s still early in the season and we wouldn’t get to know so much about them if they weren’t going to have a significant impact on the overall story.

If Naomi willingly joined the Vultures her allegiance is open to anyone and that makes her rejoining Alicia and the others less likely.

“You see Madison, people don’t change. When pressed and cornered, the artifice falls and the curtain drops. They always show you who they really are.”

Morgan sucks at playing peacemaker he was two seconds away from getting shot at both ends.