The group begins clearing the roadblocks made of walkers hoping to find whoever left them and possibly Althea (played by Maggie Grace). John (played by Garrett Dillahunt) and June (played by Jenna Elfman) are shot at while clearing a road and John takes them to Humbug’s Gulch, a western-themed place he once worked at.

Low on weapons, John and June raid the Gulch and find a small cache of guns. While trying to leave during a dust storm, their shot at again; the shooter takes out their tires, but John wounds him. The man turns out to be Dwight (played by Austin Amelio) who demands to know where ‘she’ is before June knocks him out. Alicia (played by Alycia Debnam-Carey) and Luciana (played by Danay Garcia) overhear Annie (played by Bailey Gavulic) talking to her brothers on the radio; Annie worries ‘they’ will find them and Alicia decides to find them. John and June find notes and realize he’s been looking for his wife; John decides Dwight isn’t dangerous and instead needs their help. Meanwhile, Alicia and Luciana drive off looking for Annie and her brothers over Morgan’s (played by Lennie James) objections when a tire blows out. They find spikes in the road and think they must be close to whoever is behind the roadblocks. 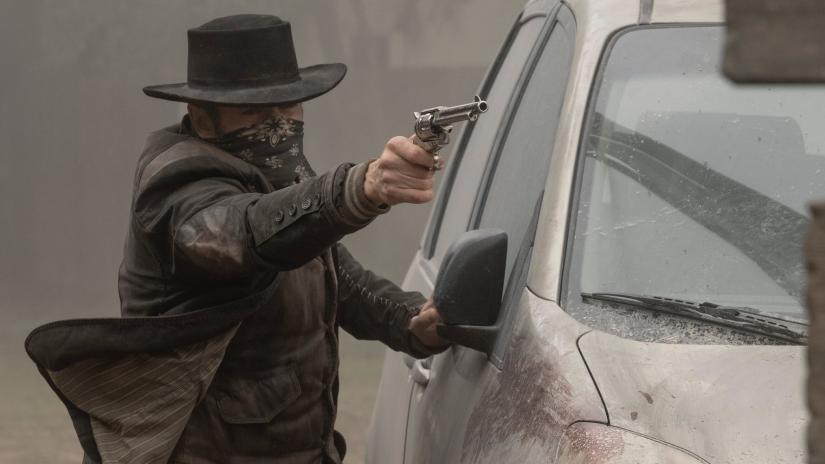 There’s a lot of splitting up happening; yeah, you cover more ground that way, but your group is small as it is and, clearly, it’s more trouble than it’s worth. Alicia’s determination to help those kids is admirable but there’s a point where you must wonder if it’s worth the danger to track people who do not want you. If social media were still a thing, Annie and her brothers would have blocked Alicia from Facebook to Twitter for this kind of persistence. Dwight provides the newest Walking Dead crossover, at this point, I fully expect anyone who leaves the main series to eventually wind up on Fear. Although Fear has established its own characters and universe it’s always fun to see the two series become intertwined. I’m personally excited for the possibility of one of these characters winding up in Alexandria in the future.

John unties Dwight and tells him they can work together to escape the town and that he wants to help Dwight find his wife because he went through the same thing trying to find June. Walkers break into their building and they escape through the second floor. Dwight jumps off the roof to distract stray walkers but John and June refuse to leave him behind. While fighting their way to Dwight’s car, Dwight runs in the other direction to look for a note his wife left in June and John’s car. She left a note on the car’s registration and when they took the car, he shot at them and is disappointed when there isn’t another note anywhere in the car. A despondent Dwight believes he doesn’t deserve to find her because of what he’s done in the past. He nearly shoots himself until June talks him down saying he can’t give up because his wife hasn’t. Morgan catches up to Alicia and Luciana and convinces Alicia to keep trying to reach them when she decides they can’t or don’t want to respond, but after an emotional plea there’s still no answer. 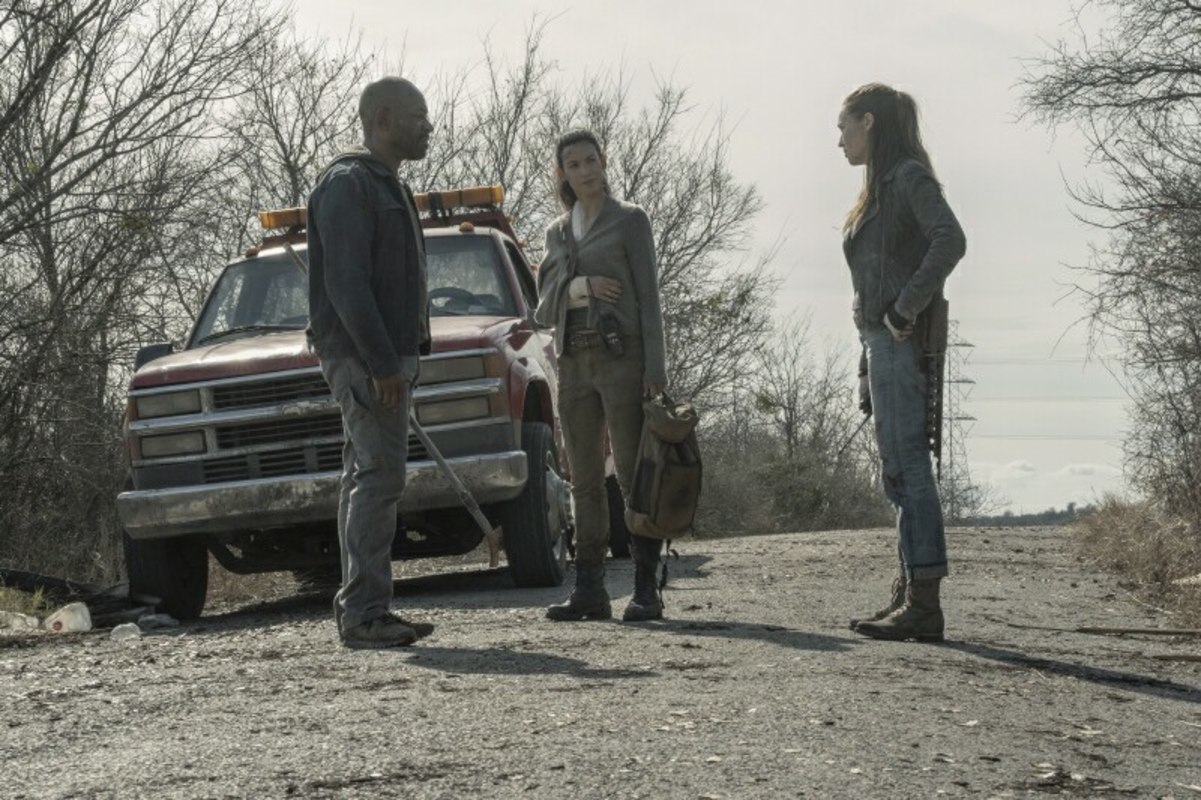 Seriously, Alicia, it’s time to accept that some people don’t want to be helped and focus on other things, like finding Althea; who is in trouble and wants to be found. Introducing Dwight to John and June first was a smart way to integrate him onto the show. They all have similar storylines and it let their (shaky) alliance start off in a natural way. Dwight does have a built-in story with Morgan because they know each other, but for Dwight to be a long-term character he must build new relationships. And while his storyline of searching for his wife works, for now, he needs new material soon because this is carried over from the original series. Whenever Dwight finds her (after all this time they must be reunited at least for a while) if they don’t ride off together, they’ll have to find a new story to give him. After several seasons of the same one, it might be hard to do but we’ll see.

John and June use their remaining ammo to kill the walkers surrounding Dwight’s car and save him. John tells Dwight he had the wrong car and encourages him to keep searching; the others find them and Morgan gets a shock when he meets Dwight again. Morgan dismisses Dwight’s attempts at apologizes for the past; Dwight also leads them to another roadblock. Alicia gets a message from Annie’s brother, Dylan (played by Cooper Dodson), saying they want to meet and the group heads out to meet them. On the side of the road they find the kid’s van; Dylan bloody and seemingly injured inside. It’s all a ruse as Annie and her other brother are shown stringing up more walkers for a roadblock.

After all that trouble, Dwight finds out he’s spent months tracking the wrong car, that’s got to sting. But he’s made new friends and found Morgan (you’d have thought they just saw each other from that casual reunion). Annie and her brothers have decided if they can’t be left alone, they’re going to take action. They don’t come across as villains but as people who value their privacy, the roadblock walkers are more effective than signs. Considering the people who took Althea are still out there, it’s not too surprising they want to stay hidden.

The phrase ‘curiosity killed the cat’ has never been more applicable than this situation.