Virginia (played by Colby Minifie) answers Morgan’s (played by Lennie James) and reveals the Gulch used to be a settlement she tried to ‘help’ who died off. She agrees to come get them but only if they live wherever she deems fit; although distraught at the idea of everyone being separated Morgan is forced to agree.

Grace (played by Karen David) knows Virginia won’t take her because she isn’t deemed ‘useful’ and tells Morgan she knows how he feels. Dwight (played by Austin Amelio) arrives with unmanned horses he found reasoning their must be a water source nearby; he rallies everyone to try and make the Gulch livable. While trying to clear the walkers Morgan realizes they’ll have to fight Virginia’s people and gets the idea to lure the walkers away on horseback to use them against Virginia. Althea (played by Maggie Grace) figures out the horses came from Virginia’s people and thinks her riders are responsible for the settlement dying. Morgan and a few others keep the walkers busy running around them with the horses while Strand (played by Colman Domingo) and Daniel (played by Ruben Blades) keep watch on the road. Using Althea’s SWAT van as bait they plan to unleash the herd but call it off when they see Luciana (played by Danay Garcia). 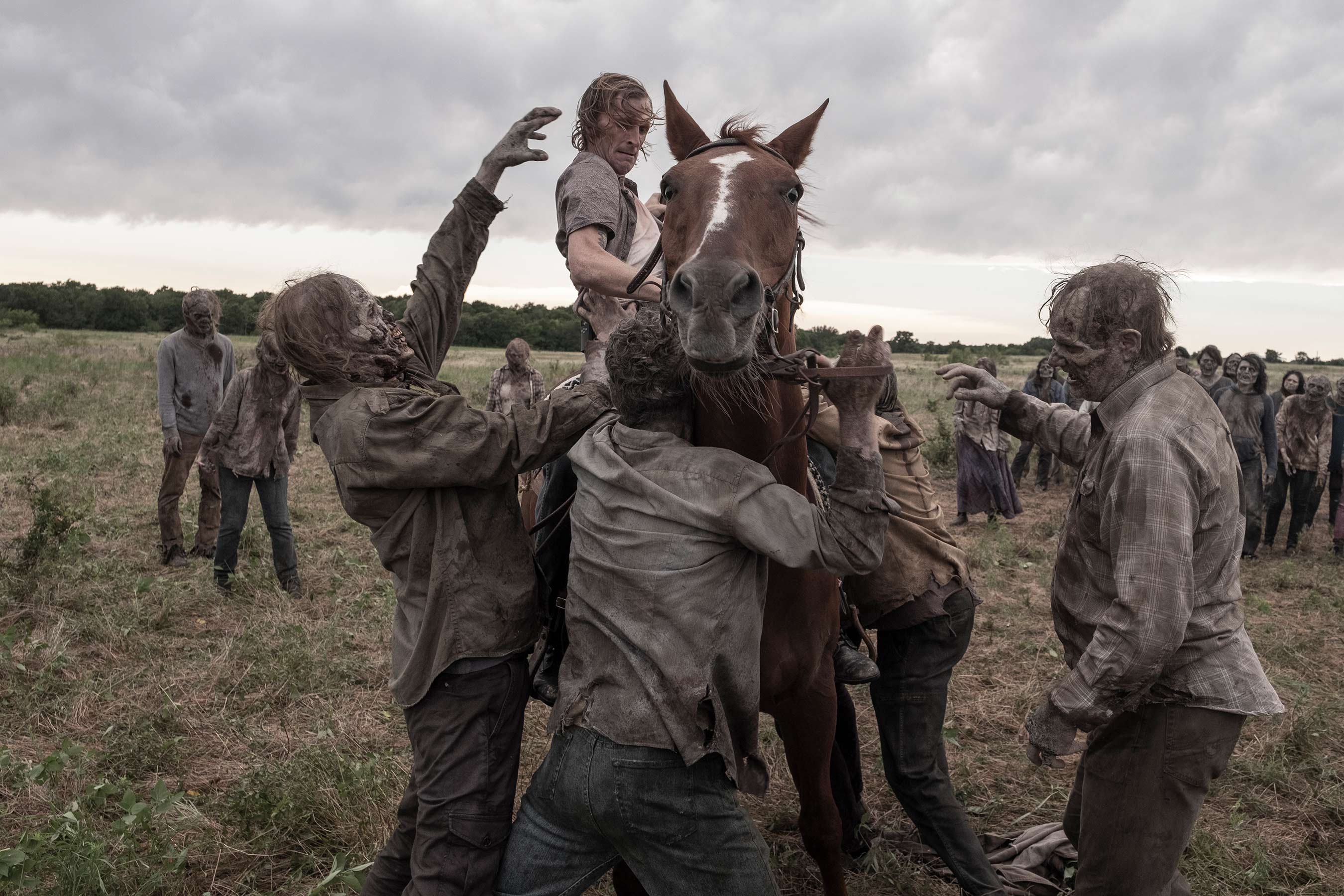 Walker herding is a dangerous job.

For a second it looked like everything clicked into place, but this is not that kind of show; usually things go from bad to worse with happy moments in between. Besides everyone planting roots in the Gulch wouldn’t be as fun to watch as seeing them adjust to living under Virginia’s thumb. Grace and Morgan are still moving at a snail’s pace and given that they’re likely going to be separated they’ll probably never end up together. I’ve never been fond of Luciana’s character; she hasn’t been fully developed as a character and doesn’t have any good storylines. She’s a character who gets in the way which is ironic because saving her is what derailed the plan. Virginia on the other hand is dynamic and since she won’t be walker chow, we can keep seeing what twisted things she has in store for everyone.

Dwight’s horse gets overrun and the others catch up to save Dwight, but he urges them to use the walkers against Virginia. He tries to run off but doesn’t get far because his leg is hurt; eventually they lure the walkers into the river and their swept away. Without the walkers Morgan decides they should accept Virginia’s offer because they’re outnumbered, and he doesn’t want them to be killed like the previous group. But the group decides to make the most of the Gulch while they can and hold a wedding for John (played by Garrett Dillahunt) and June (played by Jenna Elfman). Dwight gives them his wedding rings to use but just after they’re pronounced Virginia arrives with her people. Strand had gone ahead and spoken with Virginia to gain favor, doing so by giving her the SWAT van and mentioning their plan. Morgan demands that everyone be taken regardless of what Virginia thinks their worth is or they won’t go and although frustrated she agrees. 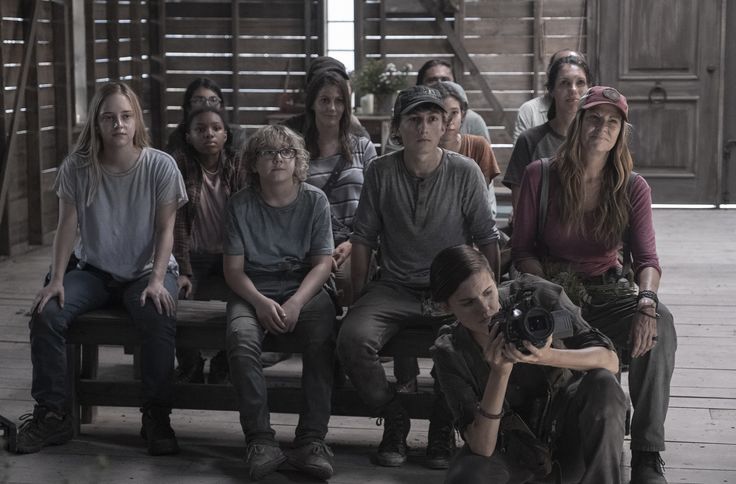 Everyone loves a wedding.

Apparently, Dwight shares my annoyance with Luciana because he was still gung-ho about sending those walkers after Virginia anyway. I get that everyone doesn’t want to be separated but they literally have no other choice, personally I’d rather be separated than dead. But they at least made a memory with John and June’s wedding (that can be a good side business for Althea when she isn’t chasing stories). I don’t get how telling Virginia they were going to kill her is supposed to curry favor, Strand is a smooth talker, but nobody can make that sound reasonable. But for whatever reason that resonated with Virginia since she’s willing to leave no man behind although she’ll now be extra watchful of what they do.

As everyone is split up and driven away, Alicia (played by Alycia Debnam-Carey) has doubts about what their doing but Strand says they can fight Virginia more effectively from the inside. Morgan arranges for Grace to get medical care but before their separated, he tells Grace how he feels and that it scared him because he only felt that way for his wife; and Grace says she feels the same. Virginia tries to kill Morgan once they’re alone; he gets the gun away from her but she shoots him in the shoulder. When Virginia tries to shoot him with a gun from a corpse It malfunctions. The doctor radios to say that Grace is not sick but several months pregnant. Virginia drives off and leaves Morgan to die; bleeding and weak, Morgan uses the radio to tell everyone to live as walkers approach.

I’m excited to see the dynamics of how everyone handles living under Virginia’s rule especially with espionage thrown into the mix. Grace may be around for the long haul because like Alicia, her ‘radiation sickness’ has been explained away, in her case with pregnancy. Sadly, she may be a single mother because Morgan has been devoured by walkers…maybe. I’ve watched enough television to know that since the scene cut off and we didn’t see Morgan die there’s a good chance he’s fine (shot but fine). However, Fear hasn’t been shy in the past about killing popular main characters and there hasn’t been a main character death all season. Virginia was smart enough to see that Morgan was the leader and tried to take him out, hopefully he’ll be back next season to take her on but for now all we can do is wait and wonder.

“Glad you called Morgan. Glad as a grandma with a gravy boat.”

The walker herding looked like it could be almost fun, you know until one of them got you.

Not that I’m advocating Morgan’s death at all, it would be the perfect catalyst to get everyone to rally against Virginia.